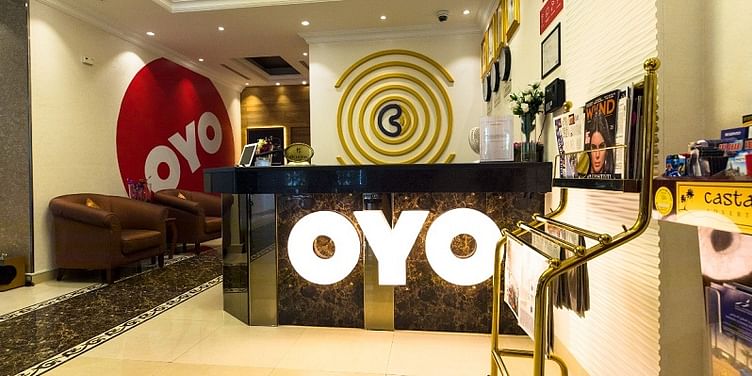 Five days after sending a notice to Online Travel Aggregators (OTAs) – MakeMyTrip and GoIbibo, the Federation of Hotel and Restaurant Associations of India (FHRAI), sent a letter to hospitality brand OYO, warning an action against OYO for ''large-scale breach of contracts, jeopardising the safety of consumers and violation of laws", according to FHRAI.

In a letter dated Dec 10, 2018, FHRAI pointed out that OYO is allegedly endorsing illegal and unlicensed Bed and Breakfasts, flats in residential and commercial buildings, rooms in chawls and such other independent structures as 'hotels'.

“When a guest books in a hotel they expect to stay in a hotel and not in an apartment or a residential premise,” said Gurbaxish Singh Kohli, Vice President – FHRAI and President – Hotel and Restaurant Association of Western India (HRAWI), in a statement.

Hotel players are alleging that OYO Rooms had initially approached them offering a strategic partnership by sharing room inventories. However with time, as the room aggregator became stronger with deeper pockets, it started 'twisting the arm' that they had once extended for partnering.

The association wrote that the company is adopting exploitative and coercive methods against hotels who have protested. It also adds that,

"Unfair and arbitrary revisions of commission rates, threatening legal notices, levying of convenience charges, obtaining Hotel client data base and approaching them directly, unfair levy of Audit denial charges, stopping of Minimum Guarantee amounts or abysmal drop of room rates in such cases, issues with Oyo money, lack of transparency and internal resolution mechanism to deal with all issues of Hotels, inconsistent and variable rates of commissions across the board and unfair levy of Room Deviation Charges, among others are some of the problem areas that are required to be addressed. Although these pertain to breach of contracts between parties, the sheer number of such grievances from Hotels is a matter of concern."

And now, FHRAI invited OYO for a dialogue to "amicably resolving the issues" before it snowballs into a nationwide protest. Incidentally, five days ago, the association sent a letter to MakeMyTrip, and Goibibo, warning them of a nationwide protest. In response, MMT's spokesperson has said that it is actively engaged with its partner hotels and are in dialogue with FHRAI as well, to resolve any concern amicably.

In a statement shared with YourStory, OYO said that the recommendations made by FHRAI are misguided and misplaced, and are based on incorrect allegations made by small groups of people "(not necessarily by franchisees and lessors associated with OYO Hotels) with vested interests,".

On the claims of FHRAI like OYO charging high commission, the hospitality company clarified that the commission rates are in line with the industry, and added,

"...we have never charged over 25 percent franchise fees, do not intend to in the future as well, unless we invest a massive amount of capex in the property, in which case again, we operate within the realms of standard industry practices."

OYO also added that it manages two-star and three-star hotels that usually run on market-led REVPARs, similar to other branded hotel chains. "Identical to other mid-market hotel chains, we operate our leased and franchised assets while following strict compliance with the contractual terms. Also note, OYO like all other branded hotel chains follows strict compliance procedures, and is fully compliant as a franchisor or lessee operating in India," it said.

However, OYO didn't deny allegations of predatory pricing, but said that it is able to reduce the cost of operations significantly when compared to traditional hotel companies, through the use of technology, talent and scale. "If OYO Hotels were to fulfill the unreasonable demands to hike price, OYO Hotels will be the first beneficiary, but with our experience, we understand that this will disturb market dynamics and cause a disservice to both the customers and asset owners. Complying to these demands will not only make the category expensive for customers, with almost 40 percent price into hike, and but will also lead to a drop in occupancy and thereby impact overall business adversely in the long run," added the statement.

OYO also added that similar to airlines and ride-sharing companies, it "has introduced dynamic pricing in the hospitality industry to create a level playing ground even for an independent or small hotelier".

On FHRAI's letter, the company's spokesperson said that it will engage with the association and asset owners on a one to one basis, "to resolve issues if any".