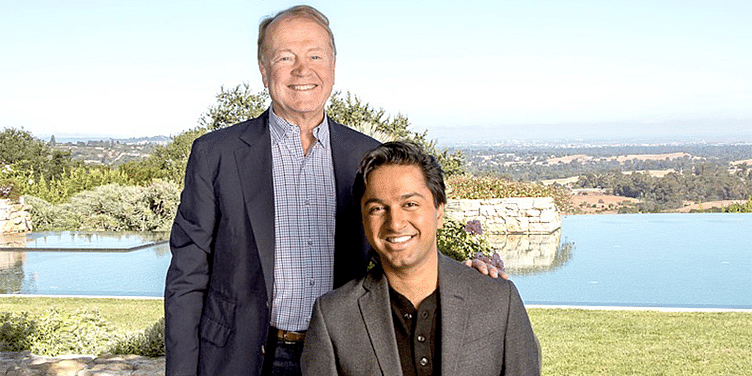 In a conversation with YourStory, Lucideus chief Saket Modi tells us about the company's latest fundraising, its new office in New York and how John Chambers is helping it become a top cybersecurity company.

Lucideus Technologies’ CEO and co-founder Saket Modi’s phone rang one Friday night, and it was none other than John Chambers from Palo Alto. The former chairman and CEO of Cisco Systems told Saket he was keen to become an investor in the company.

The Delhi-based cybersecurity company raised series A funding of $5 million from Chambers in November this year and became one of the 15 portfolio companies of his VC firm JC2 Ventures. And, it all happened in a few flashes of moments.

Without divulging revenue details, Saket says that since its inception in 2012, the company has been registering an average revenue growth of 300 percent year-on-year. The company has over 160 clients across the globe. Some of its clients in India include the Delhi Airport (GMR), BookMyShow, Yatra.com, TrueCaller, Dish TV, National Payments Corporation of India, ICICI Bank, HDFC Bank, Kotak Mahindra Bank, Mumbai Airport and Tata Sky.

Having worked with such companies, Lucideus stumbled upon a problem of ‘being too technical and jargonised’. “When I was going to present our services to the CEO or the board of directors of Fortune 500 companies, the reaction used to be ‘This is great. But we don't know after all, how secure we will really become’,”. This led the company to create a product that can quantify cybersecurity.

“You can see your phone to tell how much battery charge there is because it is quantified. But there are no parameters by which you can decide how safe your phone is,” he explains.

“First, we tried finding if there was any product, but there was nothing. But every problem obviously is an opportunity,” adds Saket.

So, Lucideus came up with a real-time cybersecurity assessment and monitoring platform for enterprises called Safe. The product integrates with the existing technology stack to provide a real-time cyber-risk assessment (a number between 0-5) at a macro level across the organisation. This can be broken down into micro-level scoring individually for each asset. Saket says that many of their big clients like Delhi Airport are using SAFE, end-to-end.

He claims that SAFE has helped the company created a brand-new category in the cybersecurity segment. “Think of this as exciting as first-time firewall ever made, or the first anti-virus ever made,” Saket adds.

No wonder then, that the company has a dozen patents in the pipeline. So far, Lucideus has had venture capital firms queuing up to invest in it. But the company turned them all down. And then, John Chambers happened.

“We could raise more money but we needed guidance from people who have built great products,” says Saket.

The horrifying story of six-term sheets

“You can say no,” Saket asserts. He said startups who are looking to raise funds should know that they can say no when things are not on their terms. And he says it with his own experience. When the company was welcoming John Chambers, Saket and his team had six term sheets in hand from major Indian VC firms.

But Saket did not agree with the terms put forward by these firms.

Recalling and laughing at some of these stories, Saket says the term sheets were anywhere between 15 and 20 pages long, and most terms never made any sense. The Lucideus chief was very excited about Chambers, who is known not only for leading Cisco for 25 years, but also remembered for surviving two major market crashes (2000 and 2008). He also guzzled up 180 companies in acquisitions and had only a two-page term sheet. Also, his only term was to allocate 15 percent of the company for employees as stock options.

Saket says that John asks the company to follow two rules - be customer first and treat employees like family. “We were already customer-focused before him and now we are customer-obsessed after him,” says Saket.

Reminiscing their first meeting, Saket says the two met at an entrepreneurship summit in Hyderabad last year when Ivanka Trump had visited India. Saket was a speaker at a Boeing event, and Chambers was the chairman of the US-India Strategic Partnership Forum (USISPF).

But, the two were on different floors of the same venue. “There was no plan of meeting him, and my friend and angel investor of Lucideus, Pratyush Kumar, President of Boeing India, knew Chambers for a while and asked him to meet me just for a minute,” recalls Saket.

And that’s it! Chambers asked him to describe his company in 15 seconds. Awed by the man, Saket took some time to absorb the fact he would be giving a 15-second pitch to John Chambers.

“We have a platform which quantifies the cyber risk that every single IP address of your network is sitting on, on a real-time basis which takes into account the global industry standards from outside and the threat feeds which are external and the internal business context which stands together and gives you a score between zero and five of what is the cybersecurity maturity of your assets,” Saket told Chambers.

“And this is probably more than 15 seconds, but the good part was he said that this sounds interesting and that this would interest CIOs and CEOs of the companies,” he adds, still in awe of that meeting even after a year of working with Chambers.

Later, he visited Palo Alto, where he had a grilling session with Chambers. “I went to his house in the US and I pitched to him. It was one of the most intense, gruelling sessions I have ever had in my life. He asked me every question under the sun,” says Saket.

After this session, and a few meetings and presentation amongst Chambers’ network in Palo Alto, Saket was told to wait for two weeks.

But, two weeks went by and there was no communication. “It was Friday and I thought, I will mail him the next day, but my phone rang at midnight, and it was Chambers,” remembers Saket.

What did he say? “I'm very, very excited. I will absolutely invest money in your company. I'm looking forward to mentoring you and guiding you and helping you scale this company and make that as the globally one of the largest cybersecurity companies in the world,” were his exact words, says Saket.

The Lucideus head says Chambers has always stuck to his commitments, is prompt, and “nonsense-free”. Exactly after one week of this call, Chambers sent money to the company just as he had promised, even though the paperwork was still going on.

Upon asking how involved Chambers is, Saket says he treats it like a full-time job. The two have a weekly call every Monday, which is sacrosanct and took place even when Chambers was on a holiday with his family. The calls usually begin with “Are you having fun?” says Saket.

Besides hour-long calls every week, “he helps me in writing emails to senior people, he's copied on emails so that people know that he is there. He talks to my customers, he goes ahead and creates the culture of our company. He also interviews senior employees joining our company, and so on,” he adds.

Growing by the number

Lucideus is now strengthening its team, which is set to grow by at least 50 percent and is expected to reach 300 by the end of FY 2019-20.

Currently, it has a team of 200 across Delhi, Mumbai, Bengaluru, Boston and Palo Alto. It is also opening a new office in New York. "We will definitely have more offices. We don't plan, we go wherever the customers are,” laughs Saket.