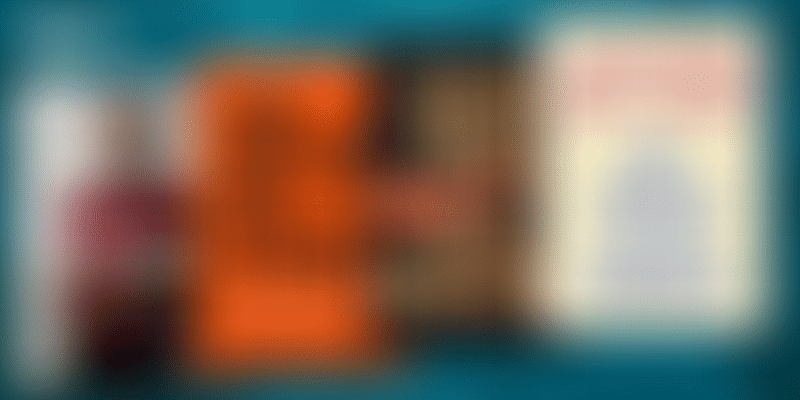 HerStory crowdsourced a list of books women leaders and entrepreneurs enjoyed reading this year and why you should read them too.

The holiday season is fast approaching and while that means a time for family and friends, for many it also means a time to reflect, introspect, plan, and catch up on their reading list.

For those of you who think the holidays are best spent warm and with a book, we have you covered.

HerStory complied a list of some books published in 2018 that featured strong women characters. Then, to expand your list, we went ahead and asked some women leaders and entrepreneurs to share their favourite reads this year. Here’s what we discovered.

Alibaba: The House That Jack Ma Built by Duncan Clark got the votes of Manisha Raishinghani, CTO of Loginext and Samara Mahindra, Founder and CEO of CARER Program. “Duncan Clark takes you deep into Jack Ma's life, as he stands against all odds to build one of the greatest companies in the world. If you want to be inspired, this is it!” says Samara.

Manisha’s others recommendations include Shoe Dog: A Memoir by the Creator of Nike, and The Phoenix Project: A Novel about IT, DevOps, and Helping Your Business Win. “All these books convey very meaningful and relatable tech and leadership lessons in the form of real stories of successful leaders/founders,” she says.

On Samara’s list is Mindset by Dr Carol Dweck and Good to Great by Jim Collins. “The latter is a conservative book on conservative companies that have built foundations and legacies, as opposed to short-hall, quick money, low-quality entities. It reinstates the proven record that running a marathon than a sprint is the only and best way to be,” says Samara.

A catchy title you can’t miss

The Subtle Art of Not Giving a F**k by Mark Manson was a hit this year. Most bookstores and book stands had it prominently displayed so it was impossible to give this a miss. “I haven't laughed so much while reading something in a long time that I so related to!” says Arpita Ganesh, Founder and CEO of Buttercups.

While Harshada Joshi, Founder of Happibo, loved the book for its message. “Everyone dies at the end, so why not give your best shot at everything you do, without giving a f*ck about anything else.”

Arpita also recommends Elon Musk by Ashlee Vance. What makes it an engaging read, she says, is how it inspires the reader. The last book on her list is The Ministry of Utmost Happiness by Arundhati Roy, which she feels is an enthralling, captivating, and emotional enough to bring her to tears. “Defining complex human relationships is her forte! Books that do that, deserve a special place.”

Two other books that Harshada recommends are Steve Jobs by Walter Isaacson, because it shows, “how one person changed the way we experience technology. His passion for perfection is nothing short of madness and so very inspiring,” and A man called Ove by Fredrik Backman. “Its such a feel-good book and tells us that not all is bad in this world. We haven't lost the hope yet.”

Shikha Uberoi Bajpai, Co-founder and VP of Indi.com, shares her top three picks and the list is eclectic. Beyond Logic by Osho, The Wife by Meg Wolitzer, and Diplomacy by Henry Kissinger.

On The Wife, she says, “Understanding the limitations put on women and the limitations they put on themselves during the post-WWII era in the US was an eye-opener. So much has changed for women, while so little has.”

Diplomacy, she says, is still relevant. “In today’s world climate, many of his (Kissinger's) teachings can be applied to our day-to-day lives.”

Anu Acharya, CEO of Mapmygenome, recommends We Should all be Feminists by Chimamanda Ngozi Adichie. "It is a well-written book with powerful and personal arguments.” Other books on her list include the story about Theranos titled Bad Blood by John Carreyrou, and Heart: a history by Sandeep Jauhar. “It's a history of the heart, which makes a strong argument for prevention and lifestyle rather than devices.” Another one Anu would like to recommend is Who we are and how we got here by David Reich.

Founder and CEO of V Resorts, Aditi Balbir emphasises that if one should follow the order of her top picks to get the best out of the books. The list - in order - includes Eleanor & Park by Rainbow Rowell, The Course of Love by Alain de Bottom, and Adulthood is a Myth by Sarah Anderson. “If you read it in the order, you will start with remembering how it felt to fall in love for the first time, then see how love changes during the course of one's life and finally end with cartoons that satire adulthood so that you don't take life too seriously!”

Aditi Chaurasia, CEO of EngineerBabu, says if you haven’t read Hard Things About The Hard Things by Ben Horowitz, well then, you must. “It's like a Bible for startups and entrepreneurs, a must read. It touches all the critical challenges that an entrepreneur's faces while moving on to a growth stage. It shares various scenarios of critical decision making involved in growing a business.”

Execution by Lawrence Bossidy and Ram Charan is also on her list. With multiple case studies, the book illustrates how some Fortune 500 companies got expected outcomes while others missed the mark due to poor execution. Winning by Jeck Welch is the third on her list and makes the cut because it talks about his leadership style. “These three books made me an entirely different person when it comes to my role as a CEO. They helped me in managing things and taking decisions when EngineerBabu is transforming itself from being a startup to a small enterprise,” she says.

Aditi Gupta, Co-founder of Menstrupedia, shares her list. It includes Blue Ocean Strategy by W. Chan Kim and Renée Mauborgne, Principles by Ray Dalio. The latter is an exhaustive book about an entrepreneur. It is a Bible for business people. The author also had the most successful hedge fund and he writes about business from his experience too."

Another one on her list is The Power of Habits by Charles Duhigg. "Motherhood has changed everything in my life and my co-founder's life. New habits need to be formed. Personally, The Power of Habits is also a self-help for me. It has a lot of technique that can be applied, and also can be learnt not just by individuals but also organisations."

I am sure that you must have your favourites and we would love to hear what made the cut for you. Let us know which books you enjoyed reading this year in the comments section below.