Tiger Global, Bertelsmann back Roposo's short-video avatar with a $10M funding round 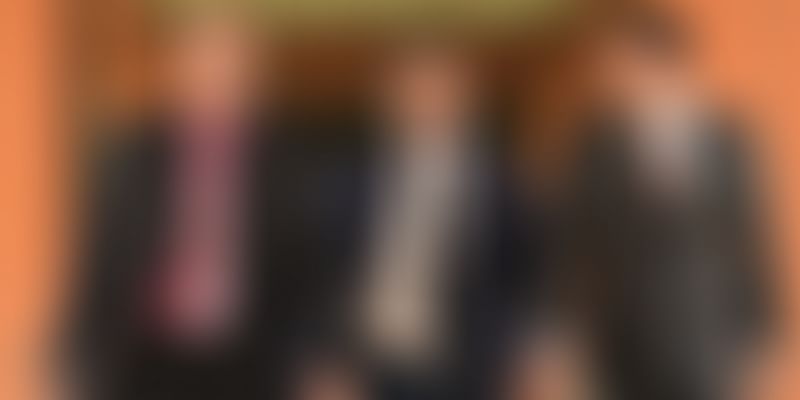 Founded by IIT Delhi graduates - Mayank Bhangadia, Kaushal Shubhank and Avinash Saxena, Roposo started out in July 2014 as a fashion discovery app. It then became a fashion-focused social network offering curated choices of apparel, footwear and accessories. Late last year, it pivoted to become a video-sharing app. Now, Roposo lets its users and people on the community to create and share videos and images.

TV By The People, as the platform is named, reportedly has 25 million users, 7.5 million user-generated posts and 4.8 billion video views a month, according to Roposo. And investors believe the potential for growth is huge.

Commenting on the investment, Rohit Sood, Principal, Bertelsmann India Investments said, “The company has scaled explosively over the past year but we are most excited about the management’s focus on the quality of user engagement on the platform. We are confident that Roposo will soon be the leading video creation and consumption app for Bharath.”

According to a company statement, TV By The People “has shown remarkable growth in the vernacular space with over 200,000 daily new users joining the platform from across the country". The team claims to have 250,000 user-generated videos and 160 million video views on the platform.

Says Mayank, “When we started we were a product social network app, where the end goal was product discoveries. We had the idea that fashion forward people would come on the platform and share their style, what they are wearing, and think fashion is and create a community around that. We successfully did create that, and even help people shop according to the ‘influencer’s’ style.”

Looking at the larger audience helped the team to understand how to build communities and build content. But they also realised the Indian market for this kind of platform was not very big. To grow, they needed to go beyond fashion.

“That is where the shift happened. We were already building communities of content creators, recommendation systems basis the communities and the necessary technology. Now we have comedy, dance, news, and other communities across different languages,” says Mayank.

The app is available in Punjabi, Gujarati, Marathi, Kannada, Telugu, Tamil, Bengali, Malayalam and Hindi, and the founders say that it has a run rate of $100,000 per month.

In the past four years, Roposo has raised $31 million in funding. The last fund raise was of $5 million by Bertelsmann in 2016. Despite the shifts and pivots, investors seem to be quite keen on it.

Speaking of their investment, Rohit added,

“When we entered the company it was a social commerce story for us. Many parts of the business are the same from that day to this day. Especially in tech, personalisation, content creation, community and content layer. What happened with time was there was greater engagement on the platform and with time they removed the commerce angle, which was becoming an impediment to the engagement.”

He says that it was a very clear evaluation, where they looked at the company and the business model and took a call.

“A lot of action will action is expected. And Roposo with its community engagement is currently poised to capture the next 100 million users,” says Rohit. In the next six months, Roposo is looking to raise $100 million and touch a base of 10 million daily active users.

India is one of the few countries with so many diverse languages, and the country's vernacular segment is poised to be almost twice the size of the US. According to a TRAI report published last month, the total number of internet subscribers touched 512.26 million as of June 30, as compared with 426 million in 2016 before the launch of Jio. Of these, close to 95.78 percent were accessing the internet through their mobile phones.

Over the last one year, as internet connectivity has become cheaper and data speeds have increased, there has been a spurt of Indian language content on the internet and OTT platforms. And it is not just startups that are looking at this ‘new’ audience. Companies like Google and Amazon have also been making attempts to tap the ‘new internet users’ with content in local languages and a stronger focus on voice commands.

Various startups like ShareChat, DailyHunt and Vokal are already in the race. This pivot by Roposo currently looks lucrative, but only time will tell how this can help the company.