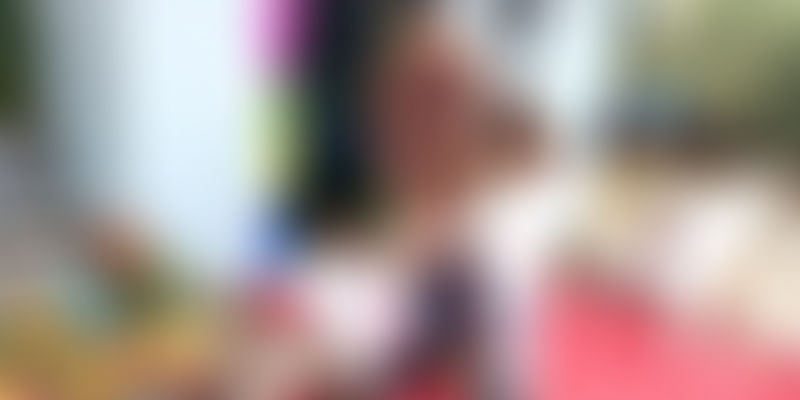 Anjapally Nagamallu pawned his daughter’s jewellery and built a one-bedroom house for Ramachandraiah, afflicted by polio as a child, and his 95-year-old mother.

Anjapally Nagamallu, a traffic inspector from LB Nagar in Rachakonda Commissionerate in Hyderabad, has won the hearts of many by building a one-bedroom house for physically challenged M Ramachandraiah and his 95-year-old elderly mother, residents of Chilpakunta in Telangana.

Nagamallu pawned his daughter’s jewellery and raised a sum of Rs 64,000 for the construction of the house.

“To me, gold is just a luxury that was lying in my almirah. I can get it back in a few months. I have never experienced such immense joy of helping someone so far. My family and kids came for the housewarming ceremony. It was truly a moment,” he told The News Minute.

Nagamallu used the money to buy asbestos sheets and build a single-bedroom home with the help of his family.

It was a local news channel that aired the harsh reality of Ramachandraiah and his mother’s living condition that led Nagamallu to help them. He first contacted the news reporter to know their whereabouts.

Ramachandraiah, afflicted by polio as a child, had no one to take care of him and his mother, and the two, who make a living by seeking alms, have been suffering since the monsoon.

In an interview with the New Indian Express, the traffic inspector said, “Though I wanted to construct a home for them, I didn’t have the money to do so. But I had made up my mind. I began construction work by mortgaging my daughter’s jewellery. I was finally able to finish the construction work. My seniors have always encouraged friendly policing. This has helped me get in touch with several people and help them solve their problems. We should help the underprivileged in whatever way we can. Every little effort matters.”

Before this, Nagamallu was in news for his catchy songs that focus on various social issues. In the past, his poems on fake news, road safety, and the importance of voting have done the rounds of social media.