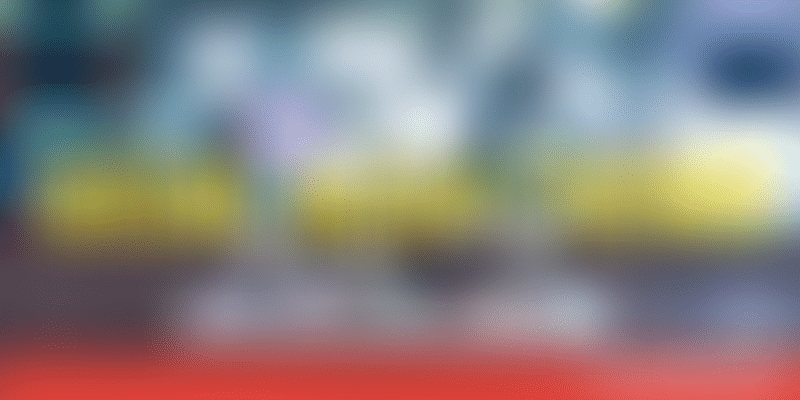 They year 2018 was a mixed bag of incidents and happenings around the world - from US President Donald Trump defending the controversial Supreme Court nominee Brett Kavanaugh to the landmark Disney and 21st Century Fox deal. So, before we raise a toast and call it an end, here’s a look at the top events and news that ruled social media in 2018.

It has been a tumultuous year, to say the least. If 2017 brought in a revolution –the #MeToo in Hollywood – this year saw the anti-sexual harassment movement spread its wings at home.

Powerful political figures and movie stars were called out as India embraced a heated round of social media debate. Another major conversation-starter in 2018 was the recently-inaugurated Statue of Unity – a gigantic statue of Sardar Vallabhbhai Patel that grabbed eyeballs and sparked criticism alike.

Here’s a list on what trended on social media in 2018, for the right and wrong reasons.

When it comes to the #MeToo and #TimesUp uprising in India, Hindi film actor Tanushree Dutta has to be credited for single-handedly kick-starting the movement in September. Not only did she come forward with her account of alleged sexual harassment at the hands of her Horn Ok Please co-star Nana Patekar, but also urged others to break their silence and speak up.

Following in her footsteps, others like singer Sona Mohapatra, veteran TV writer, producer and director Vinta Nanda, journalist Sandhya Menon, a woman employee of Phantom Films (whose name has not been disclosed), too opened up about their ordeals this year.

This buyout also marked Walmart’s biggest acquisition as it prepared to compete with online retail giant Amazon in India.

In July, Indian athletes and gymnasts showcased their mettle with monumental achievements in international events. Twenty-four-year-old Dipa Karmakar made a heroic comeback after battling an injury for two years. The gymnast from Tripura clinched the gold in the vault event of FIG Artistic Gymnastics World Challenge Cup in Mersin, Turkey. Athlete Hima Das, 18, secured the country’s first-ever gold medal in a track event at IAAF World Under-20 Athletics Championships in Tampere, Finland.

In the world of Iron Man and X-Men, fans have been hooked onto the developments of an ongoing Disney-Fox mega-deal, the prospect of which was first mentioned in 2017. After much back and forth, this year saw the plans of the Disney acquisition take proper shape with reports of integration of Fox properties. While the acquisition is still pending, Fox president Peter Rice is said to have set January 1, 2019, as the ultimatum, in a Los Angeles meeting in October this year.

Amid much fanfare, Prime Minister Narendra Modi inaugurated the much-talked-about Statue of Unity in Gujarat’s Narmada district on October 31. The installation of the 600-feet high sculpture of Sardar Vallabhbhai Patel instantly became a trending story, garnering both criticism and interest alike. On account of being the tallest statue in the world – yes, it’s even visible from space – the monument is sure to turn the area into a tourist hotspot. But the amount spent on the statue, Rs 1,989 crore, has drawn the ire of many a critic.

India slipped to the bottom of 2018 global environment performance index

Environmental degradation is real and it’s a serious problem plaguing the country. If you have not noticed, air quality has been deteriorating and climate change has become a more serious issue than ever. In fact, according to the Global Environment Performance Index (EPI) rankings for the year, India fares terribly, slipping to 177th position in a global ranking comprising 180 countries.

US President Trump has been at the epicentre of news for some time now. Earlier this year, however, all that people could talk about was the controversial 2016 elections and how social media giant Facebook and UK-based political consulting company Cambridge Analytica might have been responsible for influencing popular public opinion in the Republicans’ favour.

The lid was blown in March when an undercover sting operation revealed that the London-based company had harvested data of almost 87 million Facebook users to sway the election results.

As if the Cambridge Analytica scandal was not enough, in September, the Trump administration faced another major blow when the controversy surrounding Supreme Court nomination of Judge Brett Kavanaugh erupted. The news grabbed global attention especially when Kavanaugh was publicly accused by Christine Blasey Ford, professor of psychology at Palo Alto University, of sexually assaulting her almost three decades ago. Despite the protests, Kavanaugh’s nomination went through, defended by the US President.

On September 6, thousands of campaigners and LGBTQI activists collectively let out a sigh of relief as a five-judge bench of Supreme Court struck down the arbitrary Section 377 of the Indian Penal Code (IPC). A hangover of the colonial era, the particular section forbade “carnal intercourse against the order of nature with any man, woman or animal”. While bestiality and incest are still regarded as a criminal offence, the monumental decision decriminalised homosexuality in India.

All eyes were on the unconventional royal couple, Prince Harry and Meghan Markle, on May 19 – the day the now-Duke and Duchess of Sussex got married. In a widely talked-about ceremony both on and off social media held at Windsor Castle, the Prince and the American actor exchanged their vows, marking it one the biggest royal events since Prince William and Kate Middleton’s wedding in 2011.