Like Virat Kohli’s aggression, corporate toxic culture is uncalled for 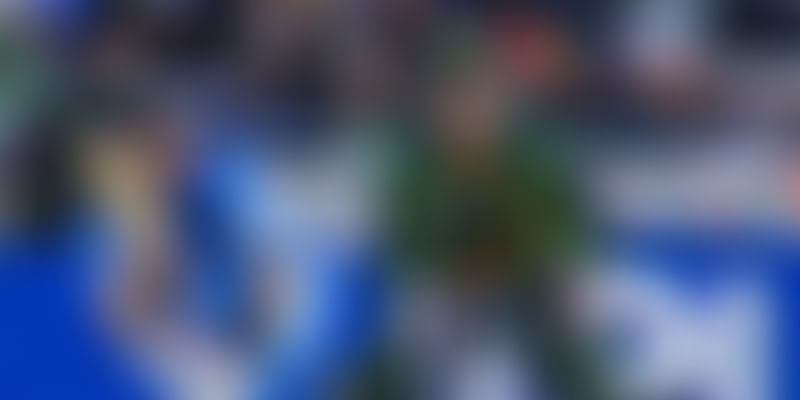 Just as you can win without being uncivil or rude, you can create a great technology company without having a toxic culture.

Virat Kohli’s aggression has found widespread support from a lot of the cricketing fraternity, including a few Aussies. Vivian Richards too backed Kohli’s aggression and said India has learned how to give it back. Richards himself was at the receiving end of some severe Aussie sledging in his playing days, and it is not difficult to see where he is coming from.

However, a few influential voices like Sunil Gavaskar and Sanjay Manjrekar have been critical of Kohli’s on-field behavior, but they are in the minority. The extent of support for Kohli’s antics among the general public can be gauged by the savage manner in which Naseeruddin Shah was trolled for strongly expressing his disapproval of Kohli’s behavior.

The widely accepted view seems to be that you cannot win against the Aussies or anyone for that matter without a display of aggression. This has dangerous implications and needs to be corrected.

There are many examples of winners who were not boorish. Sachin Tendulkar’s aggression was all about focusing and letting his bat do the talking. Similarly, Bjorn Borg allowed his racquet do the talking on the court. Neither of them was a loser! It was such an awesome sight watching ‘Ice-Borg’ play calmly and crush rude and tantrum throwing opponents like John McEnroe and Jimmy Connors.

Recall how Sachin Tendulkar single-handedly crushed the Australians at Sharjah in a spectacular desert storm. Both of them demonstrated unambiguously that one didn’t need to be ill-mannered to be a winner.

In the 1970s, Amitabh Bachchan movies were a great hit largely because the characters he played gave it back to the bad guys. But in these movies, he was often himself an outlaw. A good outlaw may appeal to the masses, but cannot be a role model in a civilized society. Directors understood this, and in deference to this belief, in many of his movies, he was martyred in the end.

There are parallels in the corporate world too of storm petrels. Travis Kalanick, the Founder and former CEO of Uber is an outstanding example. Uber was growing gangbusters and its valuation was skyrocketing. Everyone knew of Uber’s cavalier attitude towards regulation. There were many early signals of this toxic culture. But nobody uttered a word, like what’s happening today with Kohli’s on-field behavior.

Like Kohli, Kalanick was untouchable. Uber’s culture explicitly called out phrases like “principled confrontation” and “always be hustling”.

Over a period of time, these phrases were used liberally to justify any behavior to get short-term results! Until an ex-employee, Susan Fowler, in a blog post accused Uber of creating a bro culture of unmitigated gender discrimination and sexual harassment.

That was the beginning of the end. Soon, investors realised the implications and instituted an inquiry headed by an ex-US Attorney General. Kalanick had to resign.

The sad reality is that companies are reluctant to crack down on bad behavior if the person demonstrating this bad behavior is delivering exceptional results. In some roles, the results are pretty unambiguous like in sales and sports. And, the more senior the individual or the more striking the results the more it becomes difficult to mobilise support to take corrective action.

I recall an incident in one of the companies I worked for, IBM Daksh, where the top salesman and rainmaker was consistently coming across as un-collaborative and churlish. Most large enterprise deals are won based on a collaborative effort between different teams, though this individual had managed to win a couple of them solo.

His churlish behavior was creating tensions in the teams. Sanjeev Aggarwal, who was the CEO, took the call to let him go and we were much better off! Sanjeev also believed in evaluating leaders on three parameters, namely performance, potential, and values.

We would discover a few leaders who were top performers and showed all the signs of high potential but were poor on values. We had to have a ‘come to Jesus’ conversation with these leaders and if things didn’t change they had to go.

Jack Welch called such a leader a “horse’s ass” and had said that if you get such a leader out of the place, the game changes for the good.

You can create a great technology company without having a toxic culture. You can win without being uncivil or rude.

We already have so much of uncalled for aggression everywhere that it doesn’t help to have one of the country’s biggest role models further aggravating this by influencing impressionable minds (whether they are 20 years old or 50 years old) and getting them to believe that aggression can get you to win, or that you need to win at all costs.

Road rage in urban India has reached such proportions that even small incidents spin out of control. India is a poor country and there is intense friction in everyday life. There is no need to fan the flames by suggesting that aggression is the answer.

In my opinion, no matter what, bad behavior must not be tolerated. It creates long-term damage on the collective psyche of a company, or in the case of Kohli, the nation. No one, including Virat Kohli, is indispensable. Someone should certainly have this conversation with him. I have absolutely no doubt we wouldn’t be worse off for this!

Let’s see who is man enough to bell this cat!