This 3-yr-old startup goes for an IPO, busts myth about raising funds through VC route 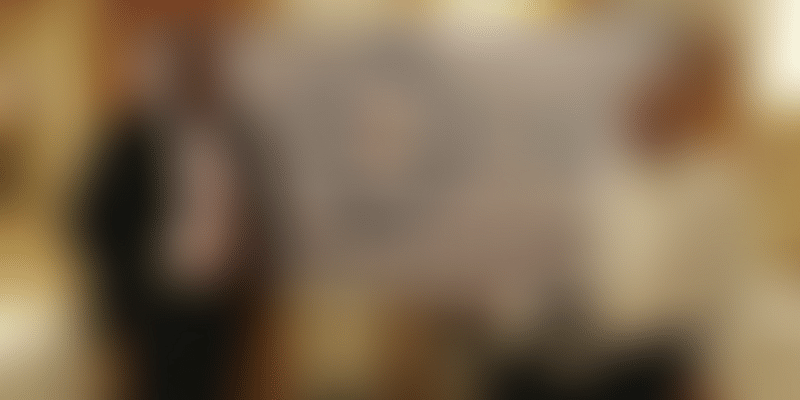 Xelpmoc Design and Tech Limited opened its IPO on January 23 and is looking to raise Rs 23 crore. The issue closes on January 25.

Xelpmoc Design and Tech Limited, an end-to-end technology solutions and support provider, opened its Initial Public Offering (IPO) on January 23 with a price band of Rs 62 – Rs 66 per equity share of face value of Rs 10 each of the company. The issue closes on January 25, 2019, and the company is looking to raise Rs 23 crore.

In a conversation with YourStory, Sandipan Chattopadhyay, Co-founder of Xelpmoc, said the funds' deployment will be towards adequate infrastructure, help set up the company’s forays in Hyderabad, and augment what they have in Kolkata. “We will also use the funds for some working capital and some general management part,” he added.

Xelpmoc’s anchor investors look solid with Washington University Chanakya Capital Partners and the University of Notre Dame DU LAC. “These are long-term, solid funds and we are happy that we have their interest,” Sandipan says.

Talking about the strategy and vision of the company, Sandipan adds, “We are in the business of fostering innovation across the spectrum of corporate, government, and startups. While the work with startups is most visible, we do believe the government and corporates will have a strong play for us in the future as well as oversees foray into similar markets which are reliant on new technology for their solutions.” He adds that the market potential is huge for them.

The equity shares of Xelpmoc are listed on the main BSE board and NSE.

[Also read: How these seasoned founders ride the choppy IPO sea with their 3-year-old startup]

For a three-year-old bootstrapped tech company this is indeed a moment to rejoice. “We are not the classical, profit story going public,” says Sandipan. He hopes this will turbo charge and catalyse the whole startup ecosystem.

Though he feels they will take a big hit on their valuation (“because private players give a huge amount of valuation”), he believes this is the way to grow in the future.

“At present, going for an IPO is completely outside the funding model for startups. We work with startups and once this kind of business model comes into being, the startups' reliance on foreign ideas that leads to funding will be challenged,” says Sandipan.

It is not that VC funds are not needed. But they cannot be 100 percent. “A lot of homegrown ideas do not get supported because of a lack of funding that is a necessary and critical cost for technology,” he says, adding that he believes that their business model tries to help those kinds of businesses.

“Thus, when we are in the public market helping those businesses, they indirectly start getting support from the market.” According to him,

“There’s enough opportunity if there’s a good story and a good business model, and this will make many startups, who only focus on getting VC money, look at this route to scale and grow.”

Emphasising that VCs cannot control the startup story, Sandipan adds that they are at best infrastructure support. “In a stable startup ecosystem, only 15 percent of startups should be VC funded. People look at only the other side of the statistics that 11 percent of companies that go beyond Series B succeed, but they do not look at the other side that if you consider success to be EBITA positive for four-five quarters, there’s only about 15 percent of companies that are funded. The rest 85 percent are those that have hustled and evolved into the space.”

Xelpmoc is now focusing on solutions for the next 500 million Indians. “We believe in the long run companies divided as tech and nontech will not exist. Every company will have tech as a fundamental pillar and how much you are able to leverage tech will determine whether the company will be profitable or not.”