Here’s how Agal Foundation aims to 'Thrash the Trash' and create a cleaner, greener world 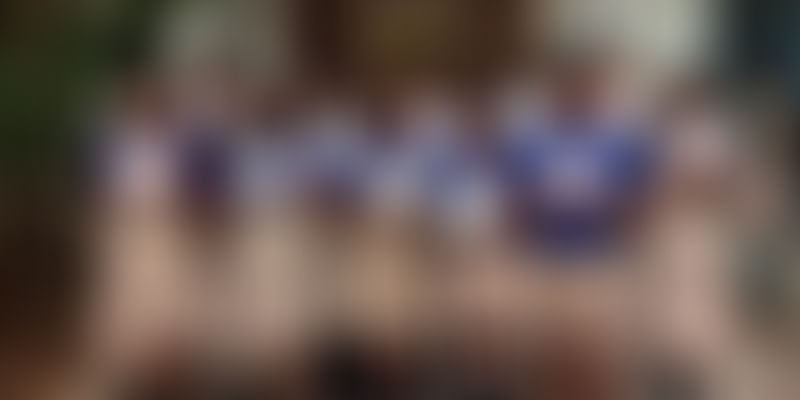 Aditya Pillai, a Class 6 student of Shrine Vailankanni Global School, Chennai, was curiously examining a bin of trash. It’s not often that you come across a young schoolboy going through trash. But Aditya had a reason.

“I tend to learn a lot when I engage in such activities. The biggest lesson I picked up was that trash need not necessarily be thrown. There are many ways in which waste can be reused,” Aditya says.

He isn't the only one.

A whopping 600 students think like Aditya. All of them are a part of Agal Foundation’s Thrash the Trash programme. The Agal Foundation, a Chennai-based NGO, designs and executes initiatives for a trash-free environment with the help of teachers and facilitators at schools. The programme is creating far-reaching ripples, and children’s awareness has translated into action on the ground. Says Sudha Mahesh, Head of Shrine Vailankanni Global School, Chennai:

“We have seen children come up with many ingenious novelties out of waste. Tables were made from discarded shoe boxes, a battery operated lamp was made from old cardboard, and they made multipurpose cup holders from plastic bottles. Looking at all this, we can say with some confidence that the future generation will strive towards a trash-free environment.”

Agal Foundation was born when two like-minded citizens volunteered to help out during the 2015 floods in Chennai. Vajidha Hameed, who had come for a vacation from Singapore, and Karthikeyan Murugan, a local retailer, were appalled to witness that ineffective methods of garbage disposal were causing loss of natural resources and serious health/man-made hazards.

One of the main reasons for the Chennai deluge was not so much the heavy rainfall, but the poor garbage disposal system in the city. According to a report published by the Comptroller and Auditor General (CAG) of India, dumping of solid waste on tank beds and discharging of trash into drains led to the disaster.

Vajidha and Karthikeyan wanted to do their bit to avert such man-made disasters. They joined hands to create awareness about good and bad waste management techniques. Their foundation now aims to urge future generations to work towards a clean and green environment. According to Vajidha,

“We are a non-governmental organisation and we run programmes at schools, colleges, and corporates to educate people about appropriate waste segregation and disposal.”

About 25 volunteers, including teachers, work with Agal Foundation. They have taken a slew of measures to increase awareness among citizens by conducting seminars, creating digital content, and organising relevant activities. Their noteworthy efforts include:

This learning programme began in 2016 and is still being organised across many schools in Chennai. “We train and work with school teachers for this. The programme targets children between the ages of 9 and 11 years since they are very receptive at that time. This initiative is divided into three activity-based modules spread across 23 weeks,” says Karthikeyan Murugan, Trustee, Agal Foundation.

The first module involves an activity-based session like story-telling, drawing, and singning, during the course of which the importance of a clean environment is highlighted. The second module comprises a demonstration of the 3 R’s – reduce, re-use, and recycle. The last one, called ‘Innovative Recyclers’, focuses on letting children come up with innovative solutions to segregate and manage waste. Students receive a certificate of completion from Agal Foundation at the end of the programme.

2. Breaking the taboo around female hygiene

The Agal Foundation held a seminar in 2016 covering various aspects of female hygiene, including exercises to alleviate menstrual pain and disposal of sanitary napkins during menstruation. “The discussion, which was led by a group of gynecologists, was a huge success with over 500 participants across schools, colleges, and business organisations. The impact of the seminar was such that several schools took up the initiative to install incinerators in their washrooms so that girls could discard sanitary napkins in an eco-friendly manner,” Vajidha recalls.

Igniting a spark in young minds

The Thrash the Trash programme is one of key initiatives conceptualised by Agal Foundation. The modules in the programme were designed with the idea of stimulating lateral thinking and creativity in young minds.

“After the completion of the programme, all children in our school became more accountable towards the environment. So much so, that our entire school came together to run a trash collection and recycling campaign. That is not all. We have even started producing bio-manure within the school campus,” Sudha says.

After they successfully conducted the Thrash the Trash initiative across four schools, the Paris Peace Forum invited the Agal Foundation to be a part of their convention. However, the NGO was unable to go due to resource constraints.

The founders continue to focus on what’s most important: the environment.

“Keeping our natural ecosystem intact is necessary for survival. We still have a long way to go. Our goal is to root out all the indiscriminate dumping of waste that takes place in our country by creating awareness,” Karthikeyan says.

Also read: Plastics, pollution and public participation: these startups are changing things for the better