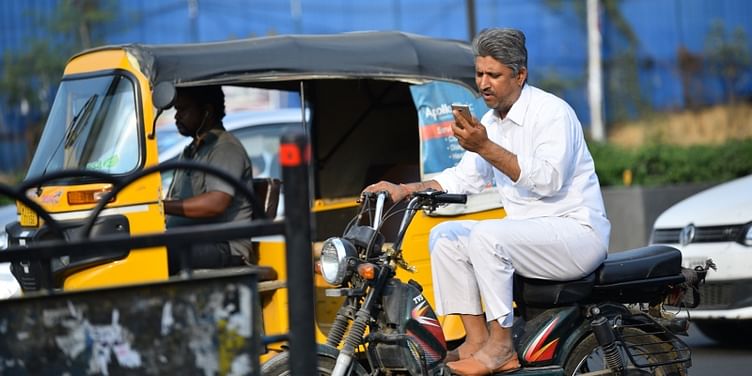 The latest catchphrase - the next 500 million - is what ecommerce, logistics and news aggregators are looking at. The likes of Netflix, Amazon Prime, Hotstar and others need to do the same in a big way if they want to win over that audience.

Game of Thrones, Bandersnatch and The Marvelous Mrs Maisel may be names that urban India is hooked on (or at least knows about). Beyond these big cities, the vast majority of Indian audiences couldn't care less about these serials. What they do care about, is what happens next in Mirzapur, Selection Day and even Tanhaiyan.

This is the litmus test of entertainment – does it appeal to the sensibilities of the audience? If it does not, then they won't come back for more. And sensibilities are driven by culture, region, and language. Today, anyone with access to a smartphone as access to OTT content. (OTT, short for over-the-top, are services that stream media directly to viewers via the Internet, instead of through a cable network or TV channel.)

India has over 30 online streaming services, and the market shows promise of doubling its viewer base to 250 million by next year, according to a report by Google. A BCG report says that digital OTT is poised to rake in a revenue of Rs 22,500 crore by next year. And this number will, almost entirely, hinge on content.

An EY-FICCI report found that just seven percent of the total time spent on OTT platforms is spent on viewing English language content. In comparison, Hindi makes up for 63 percent, and other regional languages together count for 30 percent. The scope in growth of Indian language content, therefore, is huge.

While the market may be booming and usage is on a sharp growth path, for OTT platforms to survive and thrive, they need to conquer one important audience – Bharat – or the next 500 million consumers. Manish Aggarwal, Business Head of ZEE5 India, knows this:

“The power of OTT is its personalised content and experiences, and this personalisation will make sense to the Indian audience if it is in a language they are comfortable in. Currently, we are investing heavily in content and content creation in different Indian languages.”

One might ask who these next 500 million users are. They are Indians who, aided by cheap internet plans thanks to Reliance Jio, are logging in to the internet for the very first time. India’s internet subscribers touched 512.26 million as of June 30, 2018, as compared with 426 million in 2016 before the launch of Jio. Of these, close to 95.8 percent users accessed the internet through their mobile phones.

Says Rana Dagubatti, actor, producer and entrepreneur, most familiar to national audiences for his role in the blockbuster Baahubali movies,

“Today, the idea is about finding newer avenues of telling stories. Not every story needs to be told on the big screen. What this (OTT) has done is open out the avenues for different kinds of storytellers, actors, producers.”

He points out that every region has a certain nuance in terms of content that the audience would like to watch, and in the languages they are comfortable with. “Biopics, stories of legends and heroes of a particular region is content that has universal appeal across platforms,” he adds.

India a promising market for OTT

Michael Spiegelman, Vice President, Global Product Innovation, Netflix, had earlier told YourStory, “Our content investment in India has scaled at a fast pace. In fact, it’s been the fastest investment we have ever made in any country since we launched when compared to our journey in other countries.”

Rishika Lulla, CEO of Eros Digital, says, “At Eros Now, we are following a diversified strategy with a focus on quality content. We want to hit every point of the customer life cycle. Regional content, in that sense, plays an important role. It is the language that the end consumer wants to consume content in.”

If one were to look at the numbers, reports suggest Hotstar has a 70 percent share when it comes to video streaming app downloads, Voot has 11 percent, Amazon Prime 5 percent, and Netflix 1.4 percent. And understandably so, say analysts. Hotstar has a mix of both Hindi and English content, a strong focus on cricket, and shows from the Star TV network.

Vidya S Nath, Director, Digital Media Practice, Frost & Sullivan, was quoted in media reports saying that Netflix was a more urbane choice, while Amazon Prime is focussed on Indian content, as are other home-grown companies like ALTBalaji, Voot and Hotstar.

[Also read: The secret behind Hyderabad’s rise as India’s entertainment-tech hub in 2018]

A Deloitte report suggests OTT players have set aside a cumulative budget of Rs 3,300 crore to invest in original content programming in Hindi and other regional languages. According to Vishu Mohta of HoiChoi, a Bengali OTT platform,

“We realised not many global players would have a strategic interest in making Bengali content a key market. But the addressable audience size is 250 million across India, Bangladesh and the Middle East, and they want to consume good content in their own language. There was no reason to second-guess that the market doesn’t exist.”

Vishnu says subscription is the way forward in OTT. “So far, we feel no burning need to have ads. Some content on our platform is free. I think we have to give consumers an opportunity to familiarise themselves with the platform before they can become subscribers.”

[Also read: Using your friend's Netflix account to binge on TV shows? This new AI tool may soon end that]

While there is a strong move when it comes to local language content, the fact is that English cannot, and is not being ignored completely. HOOQ, a joint-venture of Sony Pictures, WarnerMedia and Singtel, recently partnered with HotStar for its English language content. Says Peter Bithos, CEO, HOOQ, “With the appetite for Hollywood content in India growing, we are poised to offer the Indian customer easily accessible and a very affordable way to watch the best of Hollywood.”

A former ALTBalaji executive, on condition of anonymity, says,

“At ALTBalaji, we asked ourselves: Where is the content for men on TV? Can you think of the last Indian show made for men? The fiction market has entirely been devoid of stimulating content for men. We decided to address that with ‘Bose: Dead/Alive’. We knew it was for evolved audiences cutting across genders.”

He adds that there also is a belief that children’s content would be huge on OTT platforms. “We plan to own IPs in multiple languages. We also think platforms will experiment with different formats of content, including short formats,” he says.

However, OTT will have truly won when the mother of the house ditches the TV remote and starts streaming regularly on her iPad or smartphone. And that is still some way off.

Read our four-part series on how Indians are getting hooked to streaming videos online.

Will India start paying for using platforms like Netflix, Hotstar, and Amazon Prime Video this year?

How telco partnerships spurred the growth of Netflix, Amazon Prime Video, ALTBalaji, and others in India