On crafting a go-to-market strategy for your startup 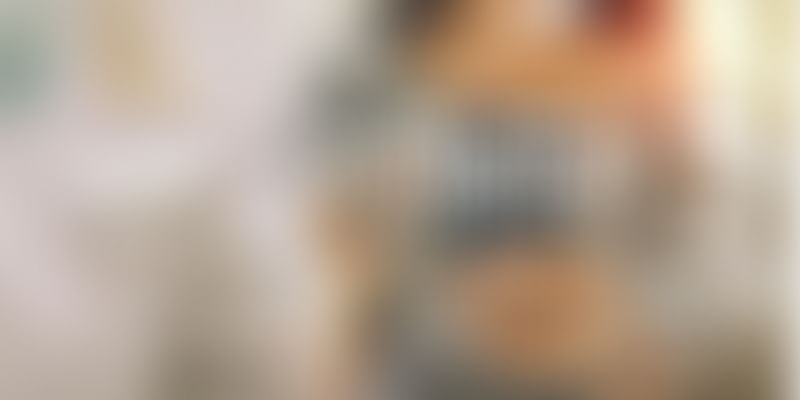 In a constantly evolving technological and market landscape, it would do well for startups to get their GTM straight as early as possible.

You have an idea, great… what’s next? As a wise person once said -- ‘the only thing more powerful than an idea is the idea executed’. However, execution doesn’t come easy. For one, most entrepreneurs haven’t romanticised about the dry and boring implementation phase as much as the idea itself, and secondly, and more importantly, it calls for an entirely different league of skills than what typical founders hone. Little doubt then that most great (on paper) ideas perish and don’t survive their first encounter with reality.

Go to market, the fancy word for first real sales doesn’t come easy, especially when too much is left to chance or an afterthought. The old adage – ‘if you built it, they will come’, doesn’t work as well as it does in theory. In this article, I offer five key practices of how entrepreneurs, especially in an early stage, can systematically craft their go-to-market (GTM) strategies before it gets too late.

GTM can’t be an afterthought

One of the most common mistakes entrepreneurs, even seasoned ones, make is that they wait for way too long before developing a GTM strategy. The classic pitfall is to think of marketing after the product is 100-percent-ready, as per the standards of the development team, or the founders. Without even giving serious consideration to where the company would draw its first blood from, the team continues to mount its investment on product development. Eventually, we have a great product without a paying customer, a situation way too familiar.

The notion has to be that GTM must start with if not before, product development. And there is no merit in escalating the commitment to making a great product when there isn’t much clarity on where the market actually is. The practical advice here is to stick to the ’70 percent and go’ rule, where you make a product just about 70 percent ready and take it to the market. More on this in the later section.

Think of Dropbox for a moment. Drew Houston and his team had put up a simple, powerful use case in their YouTube video on why one would need Dropbox. Published on November 2009, the video is so intuitive that it still remains a great example of how to socialize a new concept before the product even hits the market in its entirety.

Hence, as much as a product plan and investment plan is required, GTM has to be very much a part of the initial strategy. It can’t be an afterthought.

Sell the problem before selling the solution

Another major challenge most entrepreneurs face is that no one seems to be interested in their ingenious (at least in their minds) solution. Not even the customers who once said that, yes, they would try out the stuff. The issue is that there is a big assumption here, which is mostly ill-founded. The assumption is that the customer knows what the exact problem is that your ingenious solution is trying to solve. Everyone seems to assume that there is a reasonable level of clarity on the problem and all that is needed is a solution. That’s a big and costly assumption to be made.

Remember some of the stickiest product commercials, or radio jingles? They go something like “are you unhappy with stained clothes? Do you spend too much time and efforts removing tough stains?.... presenting our new and improved …..”. What did they do here? They first sold you the problem, or at least elevate the problem in your mind, before proposing a solution in an almost ‘by the way…’ fashion.

Most entrepreneurs entirely miss out on the importance of establishing the problem in the minds of their customers. To suffer from a problem is one thing, but to know about it and know that there could be a solution can be highly liberating. Going back to the intro video of Dropbox, they spent almost half of the video time in establishing the problem firmly in the psyche of the audience, and then propose a solution in the most non-technical manner. Paytm did it so well with their singular focus on managing change, or currency denominations, in a transaction, before they hit the jackpot, thanks to the demonetisation. Even today, they continue to profit from the problem of managing exact change and customers continue to transact on the platform.

Leverage the heterogeneity of the market

One of the most influential researches in the space of innovation and technology adoption was carried out by Everett Rogers and published in his book Diffusions of Innovation. Published in 1962, the book presents how a new technology diffuses through a social system in a pattern that resembles a bell-curve.

According to Rogers (Figure-1), the entire market could be segregated into five customer segments, based on their perception towards the technology or the new product in question. The innovators, which constitute roughly 2.5 percent of the total market, are closest to the problem and the solution, and can, in fact, help the company improve upon its solution. They are the most advanced of the customers and are typically ahead of their times. The early adopters, which is 13.5 percent of the market, are novelty seekers and can be the ones who do not care about value for money as much as being ahead of the masses. They can also help improve the product in incremental ways. However, the real adoption picks up starting the early majority (34 percent), who can influence the late majority (another 34 percent), before the laggards (16 percent) have little choice left with them.

The idea is to identify and work closely with innovators and take the 70 percent ready product to them to then co-create the offerings. Certainly, contingent on the product and the technology, the innovators would vary, but they can be very crucial, both as solution builders plus influencers in the early success of a product, especially if it is based on a new concept.

Take, for instance, how the first few customers of Swiggy were the busy employees who wouldn’t want to step out for food, or don’t have good options around, and then the application improved to be now serving a broad market segment. Ditto with Cure Fit, which started with the health freaks (read innovators), but soon started catering to a wider market (read early majority), based on its early experiences with the experts. An understanding of the nuances of the market, based on preferences, can help position the product suitably at the start, and build on the learnings.

Craft a different value proposition for each segment

What stems naturally from the nuanced understanding of the market is the need to customise the message. The innovators seek novelty and a chance to make an impression on a new product. They are closest to the problem and the solution, and ahead of the market. So, instead of attempting to educate them, or, worst still, sell it to them, a company is better off listening to them.

The early adopters are not as keen or capable to contribute as the innovators, but certainly seek novelty, prestige and an early mover advantage before the product becomes widely available. They are pretty influential with their social connects, writing skills, and status they enjoy in the social value streams. Identifying them and targeting them, without really seeking profits or scale, is crucial.

Notwithstanding the success a new product or concept might enjoy with the innovators or even the early adopters, it can still miss the market that matters, or as Geoffrey Moore says, ‘fall into the chasm’, if it can’t learn and improve based on the initial learning. Figure-2 represents the chasm as envisioned by Moore.

It’s important that the value proposition keeps changing along the journey and so does the product. By the time the product reaches the early majority of the market, it must have graduated from 70 percent ready to a 100 percent ready. However, sticking to a niche certainly helps in improving customer stickiness and fending off competition.

Table-1 presents the possible value propositions to be offered to the customers and desirable outcomes for the company, as they encounter the various segments of the market. Knowing what to talk and to which segment is critical for capturing a successful market share.

Table 1: Value proposition for each segment of the market

Make it a living product

Finally, the fact remains that neither the market nor the technology is static. New opportunities get created at every moment and the old get lost to commodification. Before a technology could even reach late majority, it might get triumphed by something superior, the way cell phones took over the market of pagers at a time when pagers were still a toy for the early adopters. In India, the cell phone revolution almost bypassed the adoption of landline phones by a sizable market.

The only panacea, hence, with a company is to make a product that is continually adapting to the market and embracing new technology. The reason why Google Search or Android have managed to secure such a dominant place in their respective markets is that they are living, continuously evolved products. The time between product development and GTM has to be shrunk to an extent that it almost becomes a continuous loop, where new features are put to test as they take shape. This calls for GTM being an integral component of product development and not a luxury to be attended to once all is set. It might well be too late, for the competition is not sitting put and the market is continuously evolving.

To sum up, make GTM as a priority as early as possible in the startup game, sell the problem before selling the solution, understand and leverage the heterogeneity of the marketplace by offering unique value propositions to each customer segment, and finally make a product that’s continuously morphing.