Lack of access to healthcare facilities in rural Assam pushed this youth to start QuickOBook, a Practo for the North East 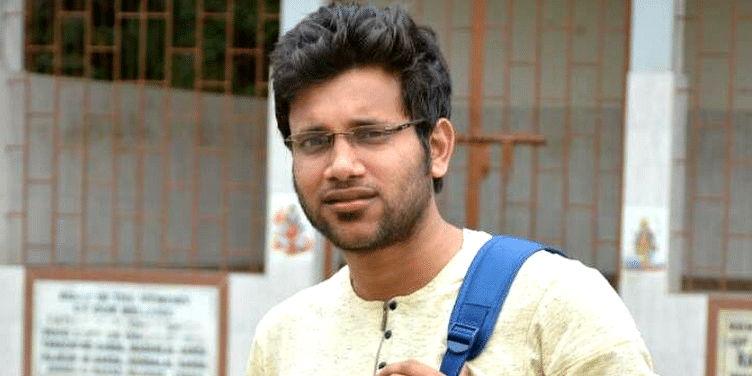 The healthcare platform allows patients to book doctors' appointments even through SMS and keeps a tidy history of their medical records for easy reference.

Walking up a hilly terrain is tiring enough, but imagine doing it when you are sick. This was Biswajit Paul’s situation when he trekked for over two hours to reach the government hospital in Assam's Silchar district.

But if taking on such an arduous journey by foot while one is unwell sounds painful, seeing a doctor at the hospital was an outright uphill task. The hospital was teeming with sick patients waiting all night to get appointment tokens to see the GP. This may seem unusual to a city person, but in rural North East, this is the norm. The 25-year-old explains,

“There is no record-keeping facility for patients and, very often, people fail to get medical attention on time due to lack of accessibility to doctors.”

A lack of infrastructural facilities, trained medical staff, and specialists render the northeastern region of India still wanting on the healthcare front. Apart from Assam and Manipur, the remaining states are yet to institute a single medical college. According to a study, 'Rural Health Infrastructures in the North East India’, more than 75 percent of primary healthcare centres in Meghalaya and Mizoram function with only one doctor, against the national average of 62.18 percent.

The dearth of timely medical intervention in rural villages near Silchar and Barak Valley, Assam, pushed Biswajit to start QuickOBook, a healthcare platform, in 2016. Similar to Practo, but catering exclusively to the needs of the rural population, the healthcare platform works both online and offline, where patients have the option to schedule an appointment through SMS.

The patient management software connects hospitals, doctors, and clinics with patients, while its cloud server, called QOB Connect, also stores the medical history, prescription, and tests results of the patient.

Over the past two years, the platform has grown from 10 doctors in 2016 to over 600, with over one lakh people having utilised its services till date.

In 2015, Biswajit started speaking with several community members in his village and jotted down the challenges they faced while accessing the healthcare system. He also interacted with doctors and rural medical centres in nearby villages in Barak Valley.

The MBA graduate from Assam University then conducted a six-month-long pilot where he went on a door-to-door survey to find out if people would be interested in a facility that would connect them to doctors, and help book appointments through their mobile phone. Simultaneously, he went around convincing doctors in the area to collaborate with him.

“I proposed a win-win situation for both. The doctors and hospitals would get assured patients and income, while villagers would avoid long queues,” he says.

A former employee of Tata and Indoco Remedies Pvt Ltd, Biswajit invested all his savings in his startup and he also gave private tuitions to children to supplement his income. Within the first year, he managed to get 25 doctors on board while facilitating 110 appointments.

The slow uptake made Biswajit consider offline services as well, and soon he started an offline model of QuickOBook where appointments were made through SMS service. He visited the interior parts and promoted his services through local media outlets.

He also started a franchise model where youth who had access to mobile phone, chemists, and pharmacy shops, could become micro-entrepreneurs by downloading ‘QuickObook (QOB) Wallets’, which enabled them to book appointments for other people.

The patients can refer to a QOB booklet these individuals possess listing all the doctors available, along with their specialty and available timing against a unique software generated code.

The individuals working for QOB would then send these details via SMS and the server would cross check the availability and accordingly book an appointment, which will then be reflected on their QOB Wallets.

The software has an unavailability indicator, reminder visit alert, vertices for maintaining medical records, and chat option with patients for regular updates.

“Once the appointment is done, all the prescriptions, patient history, and details of diagnosis are stored in the cloud, which is accessible to all the doctors who have registered with us. This will not only help to save time and effort but also help to provide better diagnosis and treatment facility,” Biswajit says, adding that their in-house technology is pending patent.

The startup does not charge anything for the use of its in-house software QOB Connect, which is, in turn, outsourced to hospitals, clinics, and doctors. However, it charges the patients a convenience fee and service charge of Rs 25 when they make an appointment.

At present, Biswajit claims the team of eight--comprising people with experience in the pharmaceutical industry, and young graduates--manages on an average approximately 500 appointments per day. The firm claims to have an average growth of five to six percent every month. Revenue is also generated from digital advertisements on their website.

While startups like Practo, Docs App, and Lybrate provide similar facilities as QOB’s, Biswajit says that their offline model makes them stand apart.

“The North East is a virgin market and so far no other company has started their operations here on a large scale. The area has over 35,000 doctors, each seeing 20 patients a day. So, the potential market is equivalent to almost 7,00,000 patients per day. Hence we have a lot of potential to grow,” Biswajit explains.

Presently, QuickOBook provides services in Silchar, Tripura, Barak Valley, and Guwahati. His team aims to extend their business across the seven states of the North East in the next three years. However, money remains a key challenge for them and Biswajit is trying to expand his reach through angel investments and VC funding.

“QuickOBook is my way to support my village and city. I dream of the day when rural healthcare provision will be on par with that in urban areas. There is a huge potential in small towns and villages, and it is important for the village youth to address the challenges they face through innovation and technology,” Biswajit concludes.