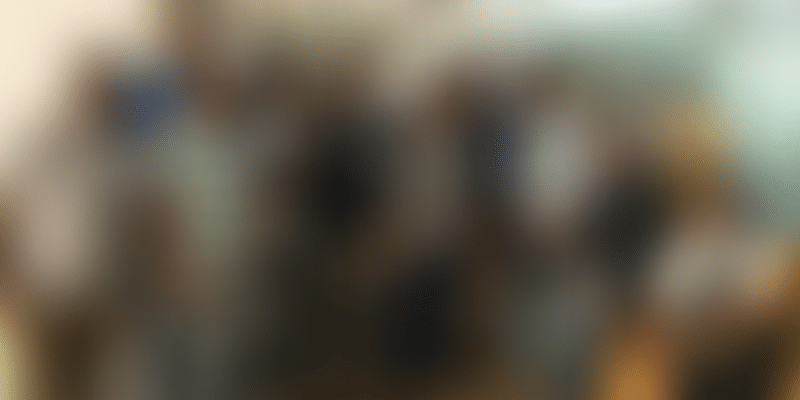 Manch is a platform for user-generated content to address the dearth of content catering to the non-English speaking population in tier II and tier III cities.

For IIT-Bombay alumni Pritam Roy, starting up isn’t a new idea. He has been a part of Powai’s startup ecosystem with HR tech company Flatpie Technologies. He also worked for product teams of Walt Disney and Vyomo.

Hailing from Siliguri, he understood one thing - if there's something that can impact a few million people together, it is the internet. But, people in non-metro areas use the internet differently. He says,

“For them, the internet is limited to a smartphone that has Facebook and Whatsapp. Many people walk into stores and ask for a phone that has these two. I also realised that results for queries in English versus queries in Hindi or any other Indian language are starkly different. While English has a wide range of platforms and topics, Hindi has dated information and possibly, a few search results of daily newspapers."

To address the dearth of content catering to the non-English speaking population and wanting to create more impact, Pritam started Manch in March 2018 in Bengaluru. Manch is a platform for user-generated content (UGC), which focuses on creating content across video, audio, image, and text formats, in Indian languages.

Manch allows its users to create their own feed by following other users to discuss religion, food, romance, cricket, news, festivals, and events. Pritam explains that the topics on the platform are based on what is being discussed in rural India. During his travels to the rural areas in and around Siliguri, he participated in several local Panchayat meetings and realised that conversations mostly revolved around news and content relevant to their interests. These experiences vastly influenced the list of topics on Manch.

Earlier this month, Manch raised $750,000 from Stellaris Venture Partners. The company plans to use this funding to build deeper tech and algorithms that can help further localise content on the basis of needs and search preferences.

But isn’t Manch similar to peer-to-peer user-generated content platform Vokal? Yes, and no. Pritam says the fundamental difference between Manch and Vokal is that the latter is Q&A driven.

“Our thesis is slightly different. We are building content that provides answers to statements being asked by users,” says Pritam.

Manch believes people have started understanding how written posts and content on the internet works, and the numbers will only increase from here on. As of now, the key topics on the platform are related to reservations, child marriage, and forced marriage - issues that are deeply associated with tier-II and tier-III India.

Manch is in its pre-revenue stages and most of its users are from Rajasthan, Madhya Pradesh, Uttar Pradesh, and Kashmir. The team is looking at ads as a source of revenue and is working on creating a differentiated ad platform where brands can reach out to local people.

What does the market need?

The number of startups in the Indian language content is growing. But, will these startups be able to create a strong differentiator? Many investors believe there needs to be a compelling value proposition within the Indian language content space to get investments. Many also believe that companies need to be able to build platforms that can attract and retain users at scale. In time, multiple monetisation models can be created.

So why has Stellaris invested in Manch when others are already in the space? Rahul Chowdhri, Managing Partner at Stellaris Venture Partners, says India has over 230 million Indian language speaking internet users who lack a platform to express themselves as existing platforms cater only to the 175 million English speaking users.

“Platforms catering to the vernacular audience focus on content consumption use cases and nobody has tried to build a community or discussion platform. This audience uses chat groups for following their interests (jobs, jokes, and news, etc) but the user experience is broken,” he says.

Manch is now focussed on deeper product and content penetration and is looking to be present on multiple platforms and mediums.