What are investors expecting from Indian startups in 2019? 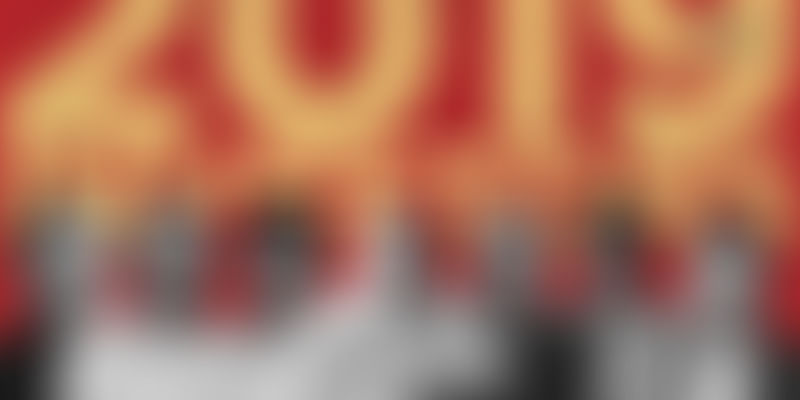 The year 2018 may not have been as bullish as 2015 was, but it showed that the Indian startup ecosystem was maturing. In the new year, what will investors' sentiment be for startups and entrepreneurs?

What about 2019 now? Will there be more investments? How many more will become Unicorns? What is the investor sentiment? And what are they expecting from the ecosystem in 2019?

Alok Goyal, Partner, Stellaris Venture Partners, says, “Last year’s defining moment was the acquisition of Flipkart by Walmart. It brought in a positive wave into the Indian startup landscape.” He adds that there is increased and sharper focus by funds today if you look at the landscape of investors.

While the usual suspects have been there over the last 10 years, a new breed of funds has come into exitance across different fund cycles from last year to this year.

“For a market the size of India, there is a growing need for newer funds. Last year, these funds began deploying capital and they will continue to do so. 2018 and 2019 are both pointing towards a healthier financial landscape,” Alok says.

Apart from this, several investment firms are set to close their funds in the first few months this year, indicating more dry powder. While 2018 saw the return of Chinese investors, Alok believes there will be recurring investment from these firms in 2019.

“The stage has been set for a second wave of investments and entrepreneurs to enter the ecosystem with greater confidence in the coming years. Thus, 2018 will go down as the year that created the hockey stick effect for the startup ecosystem as we look back after few years,” Anup says.

Pankaj Makkar, Managing Director, Bertelsmann India, says 2018 was a good year for the fund. “What worked this year was the Flipkart-Walmart exit; it created some positive shift in the ecosystem,” Pankaj says.

He says there are not as many earlier stage investments as in 2015, but the companies that are pitching have better ideas and stronger pitches.

"2018 was a great year both for the Indian startup ecosystem and our fund. There is now a group of companies that has broken out from the early stage cycle and is entering the growth phase. We believe the quality and quantity of deals will improve and grow in 2019,” says Sameer Nath, Managing Partner, Iron Pillar.

Sanjay Nath, Co-founder and Managing Partner, Blume Ventures, agrees that there will be increased dry powder in the market. However, he says, it will not be a repeat of the very-bullish 2015.

“There is money in the market but as investors, we are cautious in deploying; we have a sharper focus on sectors and spaces we want to invest in. Investors are also investing with a little more scrutiny,” Sanjay says. It is important that startups have defensible business models and plans in place. An investor might bet on a company based on the sector, but the business model needs to be completely in tune and they need to specify how the funds will be deployed.

The year 2018 saw several companies enter the Unicorn club. This year may see “soonicorns” like BigBasket, BookMyShow, and others also join the elite club.

“In 2013, there were hardly any unicorns in the Indian startup ecosystem (there were 30 in the US and close to 70 in China). Today, the number has increased, with 10 being added just this year. The increased dry powder in the market will mean more unicorns. There will be more M&A activity; there might even be a few IPOs,” Alok says.

Naganand Doraswamy, Founder, Ideaspring Capital, believes the Uber IPO will be an important barometer. If it does well, the trend may catch up. If it does not, the entire paradigm will be questioned.

2018 was the year of the returning entrepreneurs with the likes of Kunal Shah, Ashish Kashyap, and Aprameya Radhakrishna returning to the fray with Cred, INDWealth and Vokal. The fact that someone with experience wants to willingly get back into the game is the sign of a growing and maturing startup ecosystem. Also, since they have a wealth of experience starting, running, exiting, or shutting down a startup, it makes setting up a business, hiring talent, and even getting funding slightly easier.

Investors across the board say the quality of entrepreneurs is better now.

Sanjay says apart from investors being cautious and careful, entrepreneurs are also doing their research better and looking at the market closely. “The quality of entrepreneurs is better. They have experience and are looking at deeper market problems to address and solve. That makes the year exciting,” Sanjay says.

The key factors investors are betting on is the growth in mobile internet users, explosion of data consumption, pervasive 4G coverage, and the expected rise in disposable income, driven by increasing GDP per capita.

Speaking of his experience - Sameer says -

“From the time we started in 2016, the quality of entrepreneurs and business/operating models are more seasoned today. So, we expect to see some stronger entrepreneurs and startups entering our growth space. It will be interesting to see the investment patterns of the Chinese and other foreign investors, and the sectors they will choose to invest in. Apart from this, there are signs that strategic investors and hedge funds will be making more later stage bets this year.”

Tarun Davda, Managing Director, Matrix India, says the recent rise in valuations in tech startups is the result of a rapidly deepening market opportunity. “Finally, there are a number of high-quality experienced founders starting up today; they have seen massive scale-up at bellwether companies and are venturing out on their own. This trend is expected to further continue like in more developed markets.”

Naganand feels there is much more confidence and customer orientation now. “Entrepreneurs are bolder these days. They are very confident about taking their products to the world. The quality of their ideas and pitches has also vastly improved.”

Also read: 2018: The year that the top startup Jedis returned to the fray

Walmart’s acquisition of Flipkart may have dominated headlines in 2018, but the fintech and financial services sectors took centre stage with 20 M&A deals between them.

With 12 M&A deals in 2018 (versus 11 in 2017), Fintech emerged as the sector of choice this year. The deals included the likes of MobiKwik (acquired ClearFunds), Capital Float (acquired Walnut), Paytm (acquired Balance Tech, TicketNew, Cube 26), PhonePe (Zopper Retail), and others. Multi-bank payments app Chillr was acquired by Sweden-based TrueCaller in June to begin lending operations.

Sameer, of Iron Pillar, says, “While we are sector-agnostic across consumer and enterprise tech, we are closely looking at Fintech, where we believe the early stage winners will enter the growth phase. We are also closely looking at Healthtech, SaaS, and differentiated B2C plays where there are interesting companies and opportunities."

Foodtech saw the emergence of two unicorns in 2018 - Swiggy and Zomato. It also had investors investing in the space for the first time with Prime Venture Partners. Bertelsmann India also led a round with Licious.

Pankaj, of Bertelsmann India, says, “Sector-wise, foodtech saw good traction and growth. It will be interesting to see how all these companies scale and grow this coming year.”

Anup of Orios Venture Partners believes healthcare, education and lending-related spaces will see good growth. This will be driven by the large gaps in demand and supply and quality among consumers living beyond the Top 6 cities.

“Tech-backed models supported by offline will start to view specific segments within each, and bring about creation of businesses in each of them. Indian language content will become far more digitally distributed than English, and will help drive transactions digitally from these consumers,” Anup says.

Sateesh, of Endiya Partners, believes there will be an increased focus on product and B2B models while Tarun, of Matrix Partners India, says their focus will be social commerce platforms, local language content platforms, last mile and first-mile solutions, micro-mobility, and electric vehicles.

Naganand of Ideaspring Capital feels all investments in the software space will need to have a SaaS story. “You may need both on-premise and SaaS models, but you can’t get away without a SaaS strategy,” he says.

Next billion will continue to rule

“Sectors that let large sections of population access better lending terms, healthcare, and education to improve their lives can become larger businesses than any that we have listed on bourses today. All of this has to be done with a mix of technology and offline methods and will require deep belief from investors and entrepreneurs alike. I expect bigger and more charismatic founders taking centre stage in 2019,” says Anup.