Troll with a cause: what ‘Monopoly Man’ Ian Madrigal is teaching the internet with ‘causeplay’ 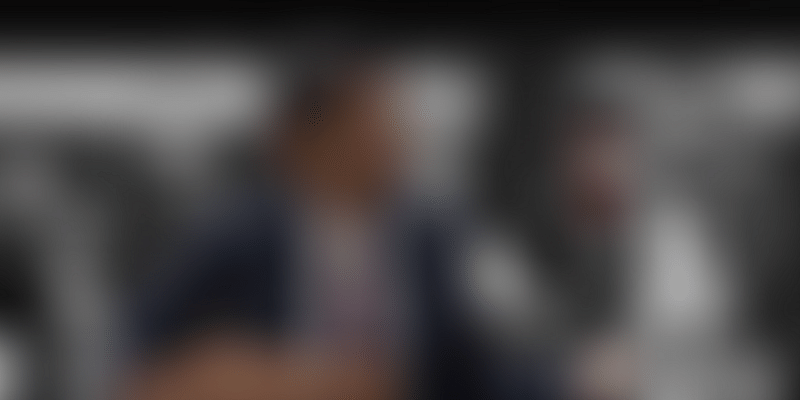 When Google CEO Sundar Pichai was being questioned about the company’s data practices, privacy policies, and transparency at a Congressional hearing last month, there was another person in the room who put up a spectacular show. Meet the Monopoly Man.

With a bushy white moustache, the signature top hat, monocle and a fake bag of money, the Monopoly Man has been associated with Capitol Hill since 2017’s Equifax data breach. A part of an elaborate act of protest staged by activist and policy lawyer Ian Madrigal, Monopoly Man sat through the entire three-and-a-half-hour-long hearing, photobombing Pichai at every possible opportunity.

Sometimes, Madrigal, who prefers gender-neutral pronouns, flaunted their fake bills for the camera, and at other times, they would grab eyeballs with elaborate expressions. Even Madrigal’s monocle had its own moustache!

But the elaborate act is so much more than offline trolling. “Don’t let anybody tell you that’s not real work - it’s tiring to be funny for three and a half hours straight,” Madrigal chuckles.

The graduate from UCLA School of Law started it as a means of drawing attention to corporates and their accountability (rather 'a lack of it') towards consumers. In a little over a year, their Monopoly Man stunt snowballed into a popular internet moment. Not many would know, but Madrigal’s motivation behind moving to Washington DC and getting into this kind of work was none other than US Senator Elizabeth Warren. Armed with a law degree, Madrigal landed a job as a legal fellow for Senator Warren, a 2020 US presidential candidate in whom Madrigal puts in a great deal of faith. The rest is history.

From advocating on the issue of forced arbitration to trolling top brass executives, Ian Madrigal spoke to YourStory and shed light on their brand of ‘cause-play’ and hopes from Monopoly Man ahead of the 2020 presidential election.

YourStory: Why did you choose the board game character from Monopoly?

Ian Madrigal: At the time of the original Monopoly Man stunt in October of 2017, I was working on a campaign around the issue of forced arbitration. We were trying to figure out how to talk about it in a way that’s more understandable instead of using legal language, that’s when we thought of free cards, which is part of the Monopoly board game.

We talked about someone dressing up like the Monopoly Man and going to an event on Capitol Hill. Around the same time, there was a Senate hearing on the Equifax data breach, and I came up with the idea of going to the hearing in character and see if I could get into the shot.

YS: How did you actually score the spot at the Congressional hearing (right behind Sundar Pichai?)

IM: Since the first Monopoly Man stunt, I have been showing up at hearings whenever there’s a CEO in town. These hearings are pretty much open to the public (a fact that Madrigal admits not many people outside of DC would know). I try to keep an eye on hearings that are happening in the Capitol. The trick is just getting there very early. Usually, I would send someone else to stand in the line for me so that I am not too conspicuous. Once in the room, it’s a matter of being aware of where the camera is.

YS: What’s the goal with dressing up and showing up on camera during these hearings?

IM: Definitely, the objective is to steal some of the spotlight. A lot of times, members of Congress call these hearings, bring in rich CEOs down to testify and have their 5 minutes of yelling at them, but then they would not pass any legislation or reforms to help consumers. I like to take away from their grandstanding and make a mockery of the hearing itself. With the Monopoly Man imagery, it’s about trying to drive home the ‘money and politics’ issue.

“The lawmakers might be yelling at the CEOs for 5 minutes during the hearing but they are going to turn around and they are going to pass legislation favourable to the companies because, at the end of the day, they rely on those corporate donations to get re-elected.”

YS: The entire Monopoly Man act could be seen as a troll of sorts. Trolls are looked down upon, so what can the internet learn from your brand?

IM: You can use any tool either way, right? For example, (US President) Donald Trump has shown the power of entertainment and of breaking rules. I think he has made a lot of people laugh, even if we haven’t wanted to. He has made a lot of people reconsider the norms that we have in the US and unfortunately, he is doing all these things with a not-so-good purpose in mind.

You can use all of the tools that he uses with a more inspiring approach. I think the same goes for trolling. There’s a thing about internet culture that brings out the worst in humans and there’s a lot of it that brings out the best in us too. Some people are inevitably going to use it to hurt people. But many of us are using it to advance causes.

YS: Some critics have called it a PR/creative stunt – what’s your response to that?

IM: I strategically pick hearings I want to highlight. It’s because a lot of Americans, in particular, don’t pay attention to these hearings, so I go to the ones I believe deserve more attention.

And I always try to match the character to the hearing. Monopoly Man tends to work a lot for these corporate CEOs but I have also done other types of characters (for instance when Mark Zuckerberg had to testify, Madrigal dressed up as a Russian troll). The point for me is to get some attention so that I can talk to reporters and the media about the real reason I am there and get the message out there. And so far, it's been effective.

“I am a policy lawyer here in DC, I do very serious types of advocacies as well. And nothing has got the kind of attention and interest as these kinds of stunts.”

YS: What got you started on this project?

IM: When I was working as a legal fellow for Senator Warren, I got interested in the issues of consumer protection, economic justice. She inspired all of that and this career path led me to work on the issue of forced arbitration, which eventually led to Monopoly Man. All of that came to a full circle. I collaborated with Senator Warren to do a couple of videos in character as well.

In fact, Elizabeth Warren was the first politician I really believed was a regular person with our best interest at heart and that’s what really drove me to come to DC and do that kind of work. And luckily, now Warren is becoming less of the exception and more of the norm. She has inspired young left-leaning people in the US to come to DC and make change for the better.

YS: How has your background in law helped with your brand of activism?

IM: I don’t practice law every day, I do more policy work and my legal education is more helpful just in terms of understanding how the laws that I am advocating for function in real life.

One of the main things that I learnt from law school is how to conduct myself in elite circles as a professional. I grew up very middle class, and don’t really have anyone in my family who moves in these kinds of DC spaces. Going to law school helped me learn how to talk to people who are in power and try to kind of blend in. I have now used this to blend in and ultimately stand out.

YS: How do you think this Monopoly Man play would impact the upcoming elections?

IM: I would love to be involved in 2020 elections somehow. I mean Senator Warren has my phone number, so [chuckles]. If I had done this [Monopoly Man] a couple of years ago, I don’t think it would have had the same effect as it did. I think it really shows that people are looking for a different kind of message, and are open to unique ways of doing things. They are open to breaking the rules of civility. We are looking for more innovative ways of making a change in this country and I think we have seen that in 2018.

In the mid-term elections, we saw a completely different type of candidates winning across the country. We saw people who were new to politics, and people who were really unafraid to be boldly progressive. And I think Monopoly Man is all of those things, in its own weird way.