Celebrated proponent of organic farming Narayana Reddy is no more 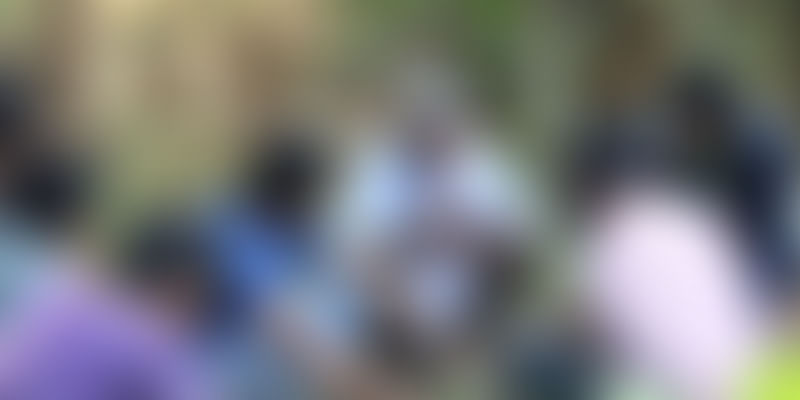 Bengaluru-based Reddy was no less than an icon who inspired and educated many in the essence of organic farming.

Narayana Reddy (83), a well-known name in organic farming circles across the world, passed away in the early hours of Monday. With his demise, he has left behind a legacy of his tryst with organic farming. A resident of Varthur in Bengaluru, Reddy was known as a fearless man who wanted farmers to be self-reliant in terms of everything.

Reddy used to conduct classes at his farm in Marenahalli, Doddaballapura taluk in Bengaluru Rural with a motive to spread organic farming.

Over the years, he also addressed a host of seminars and public meetings on the value and techniques of organic farming not just in India, but across the world. He was also known to grow several crops together in a sustainable manner.

Impressed by his sustainable farming practice, in 1992, representatives of the European Commission (EC) flew down to his farm to witness his organic farming techniques. Later, the EC invited Reddy to an agricultural seminar in Brussels, Belgium.

In the past, Reddy was also honoured with the Nadoja award by the Kannada University in Hampi for his contribution in the field of agriculture.

Reddy’s tryst with farming began when a California-based tourist introduced him to a book by Japanese organic farmer Masanobu Fukuoka. The book, titled One Straw Revolution, described the author’s journey and his organic farming techniques.

It was then that Reddy stopped using chemicals on his farm and switched to organic and natural farming in 1979.

To his surprise, Fukuoka, who inspired him to take up organic farming, visited his farm in 1988 through an NGO.

Speaking about Fukuoka’s visit during one of his talks at Azim Premji University in 2017, Reddy said,

The happiest day of my life was when he came to my farm. I didn't know he was coming. My most valued teacher is Fukuoka. I got the gift of meeting him personally.

After taking up organic farming, Reddy’s farm changed a lot in terms of growth and productivity. The coconut trees that used to yield 40 coconuts earlier, started producing 150 coconuts. In addition to coconuts, his farm has coffee, mulberry, guava, and chikoo plants, to name a few, reports India Today.

In a conversation with The News Minute, Jagdish Reddy, grandson of Narayana Reddy, said,

Organic farming took over his life. Farmers from all over the world sought a meeting with him from time to time, and he would not hesitate to arrange it. Even on days when the family celebrated a marriage, he sometimes held classes.