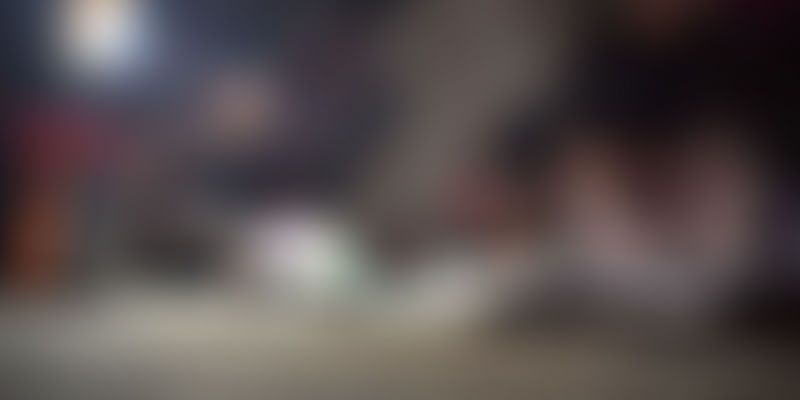 Chirag Rural Development Foundation, which has brought solar power to 400 villages till now, aims to electrify 15,000 villages and impact two lakh lives by 2020.

India is the world’s third largest producer and consumer of electricity after the United States and China. But, millions of people still remain in the dark. While a number of projects have been taken up by both government and private agencies, an NGO is lighting up the lives of people in rural India.

The Chirag Rural Development Foundation (CRDF) has successfully electrified its 400th village, Baldyachapada in Mokhada, Palghar district, in Maharashtra. It also plans to introduce solar-powered lamps in over 16,000 homes under its project Chirag.

The project was started in 2010 by 62-year-old Pratibha Pai, a professor at H.R. College of Commerce and Economics in Mumbai.

She initially started Chirag to electrify villages with the help of her students. However, what started as a holistic venture became her passion after it started bringing a significant change in the lives of people.

The next year, in 2011, she left her full-time job, and focused more on the project under her newly co-founded NGO. Sharing why she started her NGO, she told DNA:

“There are thousands of villages in this country with no electricity, and we wanted to bring about a change in rural India.”

Nine years and counting, Pai’s NGO has come a long way. With the help of a local NGO called Diganta Swaraj Foundation, it has electrified its 400th village in India. With this, Pai has benefited around a lakh people in rural India.

In a conversation with The Logical Indian, she said,

“We identify villages based on their needs for electrification, visit the area, and come up with a proposed plan.It is a 360-degree model that not only brings light, but also impacts lives by addressing issues such as education, livelihood, health, and environment.”

A single project runs into lakhs, and to carry out such large-scale electrification, the NGO collects funds from corporates and private companies. It charges a nominal fee for the solar equipment to give a feeling of ownership to the villagers. The charges are waived off for areas that are extremely poverty-stricken.

In addition to this, the NGO also conducts seminars and orientation programmes to help villagers understand the need to use solar energy and avoid using kerosene lamps.

Apart from the installation of solar panels, the NGO undertakes maintenance work to keep the lights running. For instance, Pai explained,

“The solar panels are only required to be wiped when dirty and the battery needs to be changed once every two to three years.”

Not just homes, but even street lights and solar power lift irrigation systems to water fields have also been taken under consideration. The NGO also educates people on how to save money to afford solar batteries, which can cost anywhere between Rs 300 and Rs 500.

The NGO is present operating in Meghalaya, Assam, Uttaranchal, Karnataka, Uttar Pradesh, Maharashtra, and Rajasthan. It plans to electrify 15,000 villages and impact two lakh lives by 2020.