On World Leprosy Day, here’s a closer look at 5 organisations working to eradicate the disease in India 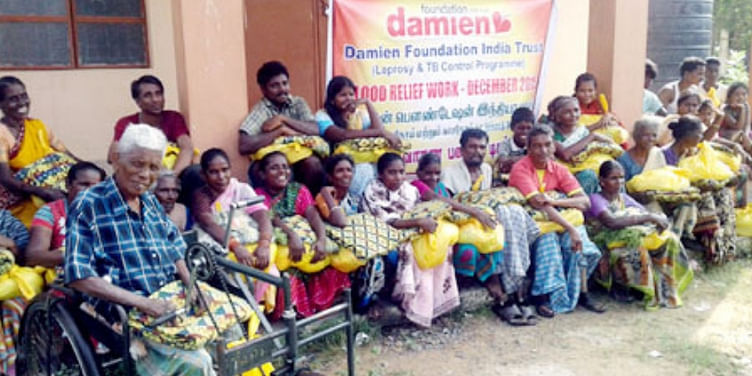 The theme for World Leprosy Day 2019 is ‘ending discrimination, stigma, and prejudice', and these five organisations are working towards a leprosy-free India.

In late 2005, India made a claim that the country was free of leprosy. But this is not the case, with more than half the world’s cases of this disease are being reported right here. According to statistics with the National Center for Biotechnology Information (NCBI), India at present accounts for 60 percent of new cases reported globally.

In 2014, India was one of the severely affected countries among the three nations, including Brazil and Indonesia, with the total number of cases standing at 215,656.

In India, the National Leprosy Eradication Programme (NLEP), supported by the WHO and International Federation of Anti-Leprosy AssociationsInternational Leaders in Education Programme, monitors the cases and works towards eliminating the disease. NLEP is a health scheme of the Ministry of Health and Family Welfare, Government of India. While it is planned at and sponsored by the Centre, the implementation is done by the states and union territories.

Leprosy is one of the oldest diseases known to man which causes severe disfiguring skin sores and nerve damage in the arms, legs and skin areas around the body.

In 2017, Finance Minister Arun Jaitley made a Budget announcement to completely eradicate it in India by 2018. That deadline may have passed, but here are some of the organisations tirelessly working alongside the government to make a leprosy-free India a reality.

Also read: Mother Teresa of Pakistan and her fight against leprosy for over half a decade

How to ensure the quality and usability of medical devices

A Delhi-based NGO, Sasakawa - India Leprosy Foundation works towards providing employment opportunities to people affected by it and their families. Its main focus is on people living in segregated colonies.

During 2015-16, its livelihood programme empowered 2,044 families, across 18 states in India, in trades such as goat and cow rearing, coir rope making, cutlery making, etc. When it comes to education, it is active across 11 states and provides nursing scholarships, skill development, and higher professional education. It has provided scholarships to over 14 students and is focused on eight states at present. it trained 225 youths in vocational skills, and supported 15 different vocational courses.

Founded way back in 1874, and now recognised by the Government of India as a tertiary referral centre, this Delhi-based organisation goes beyond providing sustainable living and employment to the affected people, by studying the disease itself. The organisation’s Stanley Browne Laboratory conducts basic science research and has been training graduates and postgraduates students in biomedical/life sciences.

Apart from conducting research and creating awareness, the organisation has implemented its healthcare programmes in 10 states across India through 14 hospitals and two clinics. Every year, around 80,000 consultations are provided to non-leprosy and general medical conditions at a nominal fee (to sustain the hospitals)

In 2017, as per its annual report, 183 patients were diagnosed across India through its project locations. Livelihood support was provided to 110 people with low incomes, ones affected by leprosy and TB, and 4,968 people affected by disabilities related to it. Every year each DFIT hospital performs around 35-40 surgeries.

This Mumbai-based NGO aims at leprosy detection and conducts special drives across different wards in Mumbai, six townships and 40 villages around Navi Mumbai. It works in collaboration with partner organisations in Maharashtra and Chhattisgarh.

ALERT also looks into rehabilitation of patients and provides education to patients or their kids. Additionally, services like skin smear facility, where a portion of the skin is cut to detect leprosy, are also administered to establish a diagnosis. Till 2014, it had diagnosed 19,831 cases of leprosy, as per its annual report.

Mumbai-based Kushtarog Niwaran Samiti works with the central government programme of Survey, Education & Treatment (SET), carried out in 185 villages with a population of two lakh. In the past 35 years, since 1980, the NGO has carried out door-to-door surveys and medical examinations in schools and factories.

Now, its paramedical workers provide treatment to patients through nine main centres and 36 clinics. It has detected 10,000 cases and cured 9,900 patients so far. In addition to treatment, it also carries out mass health education campaigns, slide shows, and group talks.