PhonePe holds off lending for now, looks at hyperlocal to boost stickiness

Sameer Nigam of PhonePe says the company will take it slow when it comes to lending. So what is on the cards for the payments platform this year? While PhonePe may be taking its time to introduce financial products on its platform, it is making concerted efforts to build a hyperlocal network to increase stickiness on the app.

The verdict is out: PhonePe is not getting into lending at the moment. Even as its competitors -- Paytm and MobiKwik -- are betting big on the segment, PhonePe wants to take its time before dipping its toes in lending.

In a conversation with YourStory, Sameer Nigam, Co-founder, PhonePe, explains why it made sense for the firm to wait it out.

“We are trying to steer clear of lending this year because there is too much flux, and many players operating in this space. The regulations are also quite volatile and the bureau data continues to be scarce. We will definitely take more time for this category, and play a larger role in opening the market,” he says.

The plan was a part of PhonePe’s vision since inception, and Sameer confirms that the company is looking to release mutual funds and insurance on the platform in the coming six months.

“We believe that the next logical offering is wealth management for us. We will partner with AMCs directly, and won’t be like a bank or follow a marketplace model,” he adds.

Over the past few years, lending has grown into a juggernaut on its own, with a clutch of Indian startups attracting big capital from global and Indian investors, and betting their platform’s profitability on the category.

While Paytm has been operating ‘Paytm Postpaid’, through which it gives out short-term loans of up to Rs 60,000, Gurgaon-based MobiKwik is bullish on offering loans in the range of Rs 6,000 to Rs 60,000.

However, it makes sense for PhonePe to play safe as 2019 is a make-or-break year for lending startups. Lizzie Chapman, Co-founder of lending platform ZestMoney, says,

Slow and steady wins the race

But beyond lending, Sameer notes that PhonePe is taking the slow-and-steady approach with its plans for wealth management and insurance as well. Again, against the grain of what its competitors are doing: MobiKwik had acquired Clearfunds, and Paytm had launched Paytm Money in 2018.

“Last year has been such a race to bottom, with everyone going direct and slashing margins, and cutting cost to brokers. In all this, we haven’t seen true category innovation. However, it is wrong to say that there is no innovation at all. Smaller fintechs are looking at inventing new products, but even they are bound to only specific verticals,” he notes.

PhonePe is looking to move cautiously in this space by focussing on expanding the scope of wealth services beyond the metros, in a bid to shift consumer mindsets. Witnessing close to 30 payment transactions as a monthly average from a customer on the app, PhonePe believes that it will see real progress in the wealth management category in the coming days.

“The tailwind is good for the wealth management segment. We will be making sure that there are relevant use cases in this category to ensure retention, rather than just jumping in blindly. Scale is inevitable when we speak about this vertical,” Sameer says.

The company has been working hard to bring newer wealth products exclusively on its platform, a strategy even the likes of MobiKwik are adopting. PhonePe already allows users to buy digital gold on the platform from precious metals company MMTC-PAMP, as well as digital platform SafeGold.

While PhonePe may be taking its time to introduce financial products on its platform, it is making concerted efforts to build a hyperlocal network to increase stickiness on the app. YourStory first reported about the company’s local discovery and hyperlocal strategy back in June last year, which allowed offline merchants to be listed online on the PhonePe app.

Read more: PhonePe’s in-app strategy is not just about transactions, but local discovery and credit

“The listing of offline businesses is a key strategy, as it will not just result in significant footfall for merchants, but also act like a discovery platform for customers. We envisage this more like what Google is doing with its maps; allowing users to discover restaurants and other stores,” adds Sameer.

PhonePe hopes this strategy will not just increase its offline transaction volume, but also keep users engaged. To this end, it is aggressively going after categories and stores with higher payment value, including lifestyle and consumer electronics.

Sameer says that the company also intends to release its CRM solution, ‘PhonePe for Business’ app, which will allow offline merchants to get a digital view of their earnings and, in the future, even allow them to avail of other services, like credit and insurance. Another reason why the company is concentrating on the offline retail sector.

Doubling down on offline retail

Recently, PhonePe announced that it has crossed the one million offline merchant base in India. This is six months after the company started doubling down on the sector.

The company claims to have deployed a feet-on-street team of 4,000 for its offline expansion, and plans to double this headcount by the end of three months. At present, PhonePe’s offline merchants are concentrated in metro cities including Bengaluru, Mumbai and New Delhi.

Sameer also adds that the average ticket size of offline payments stands at Rs 225 to Rs 250, with the platform seeing close to seven million transactions in this category every month. Further, the founders are optimistic that this number will grow to 100 million, over the course of this year. The number of merchants in the unorganised space is estimated to cross 65 million this December.

“We expect offline payments for us to become bigger than P2P and even BillPay this year,” Sameer adds.

And PhonePe’s offline strategy may come as a relief at a time when the entire fintech industry is facing KYC regulatory hurdles. After the Supreme Court judgment, the UIDAI cut APIs to the industry, affecting Indian fintechs as it made the on-boarding process especially for financial services cumbersome and led to high drop rates. This, in turn, has hit the growth rates of fintech firms.

But Sameer is optimistic that the dust around KYC will settle down this year, since there are active discussions within the industry. 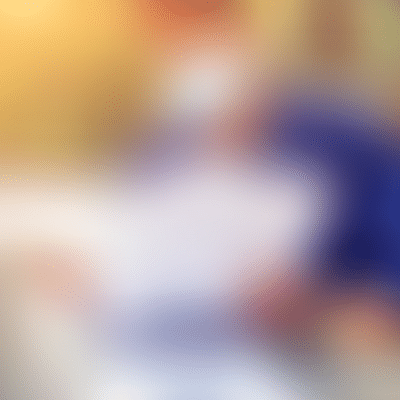