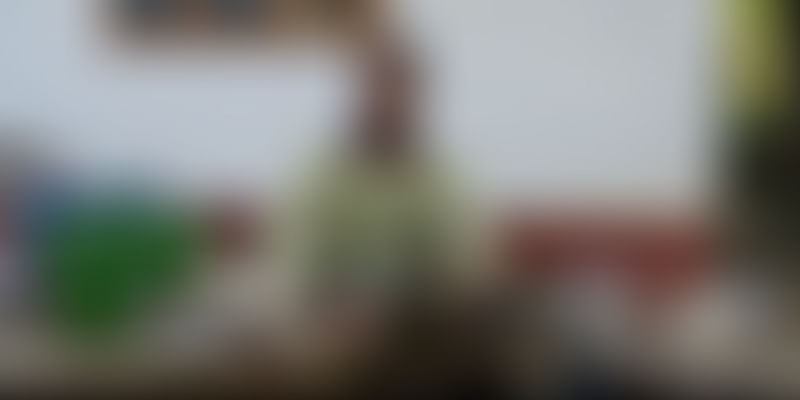 Manipur-based Usham Krishna Singh and his son are also harnessing the help of 10 villagers who are now able to supplement their income by recycling plastic bottles into brooms.

The Government of Manipur had announced a complete ban on the use of plastic bags in June 2018. While plastic bags are off the shelf in the state now, what happens to all the other plastic products like water and soda bottles?

Seeing the litter of plastic bottles in water bodies, around schools, offices, places of worship, and public spaces pushed 58-year-old Usham Krishna Singh, a resident of Chingkhu Awang Leikai, Imphal East, Manipur, to do something about the situation. With the help of his 30-year-old son, Usham Ashok Singh, Krishna found a way to reuse the plastic.

They came up with an idea of manufacturing brooms from plastic bottles.

One can find the brooms made from recycled plastic in the market at a cost of Rs 150 - Rs 200. The father-son duo has invested around Rs 20,000 for the entire setup for recycling and they have made 500 brooms so far.

In an interview with NDTV, he said,

There is a big lake in Manipur, Loktak Lake, which can be called the lifeline of Manipur. Most of our waste goes into this lake, thereby posing serious threats to the environment and ecology of Manipur. To save our lake and environment from the pollution of plastic waste materials, I worked on the idea of making brooms out of plastic bottles.

By profession, Krishna works as a pump operator in the Water Supply Department under the government’s Public Health Engineering Department. It was his son’s expertise at repairing appliances in his electric repair shop that helped Krishna build a machine in three months to recycle used plastic bottles into brooms.

One broom requires 30 one-litre bottles. Krishna slices the plastic bottles to thin strips, which are made rigid by hot-air gun usually used in mobile phone repairing. The other parts are made from bamboo, reports ANI.

Initially, they managed to craft only two or three brooms in a day, but gradually, with the use of an electric motor, they are able to produce around 20–30 brooms in a day.

Apart from finding a creative and useful way to recycle plastic, Krishna is also generating income for his villagers. He has formed a self-help group (SHG), called ‘Usham Bihari and Maipak Plastic Recycle Industry’. Ten men and women in his village are able to earn money from this trade.

“Even though income generation was not the primary motive, I am happy to see that we are able to provide a source income to people of my village,” Krishna told NDTV.