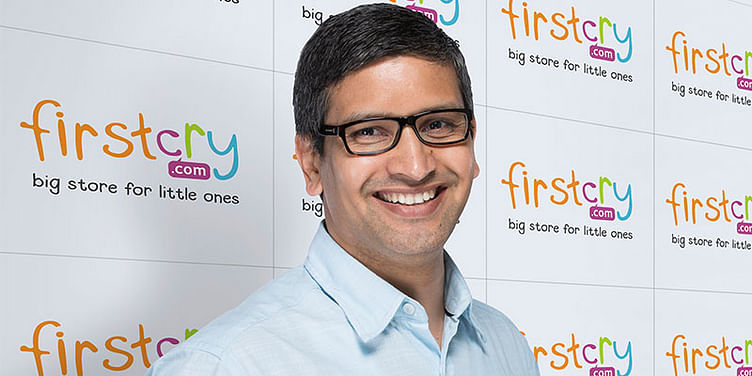 The funds are expected to be used by FirstCry to expand its offline and online presence as well as to strengthen its technology platform, said the media reports.

Japanese internet and telecom giant SoftBank’s Vision Fund is investing $400 million in Pune- based baby and mothercare product retailer FirstCry, according to regulatory filings. Around $150 million of this has already been infused into the company, said media reports.

The investment is part of a larger round in which FirstCry will be raising around Rs 2,825 crore ($396.34 million) from SoftBank’s $93-billion Vision Fund in two tranches, the filings stated.

SoftBank has been in talks with the company's leadership for a few months now, said media reports quoting sources.

The funds are expected to be used to expand both its offline and online presence, as well as to strengthen its technology platform.

Started in 2010 by Supam Maheshwari and Amitava Saha, FirstCry is reported to have 330-350 offline stores across the country at the end of 2018. The company claims to offer more than two lakh baby and kids products across categories that include diapering, feeding and nursing, skin and health care, toys, clothes, footwear and fashion accessories among others.

Prior to this investment, the BrainBees Solution-owned FirstCry had raised about $125 million from multiple investors such as Chiratae Ventures, SAIF Partners, Valiant Capital Partners and Vertex Ventures.

In 2016, FirstCry acquired Mumbai-based BabyOye for $54 million. BabyOye is an ecommerce store providing pregnancy, infant-care, and mother care products and services in India.

According to reports, the Tokyo-headquartered investment giant's $400 million investment in exchange for equity in FirstCry has pushed up the valuation of omni-channel baby products company to $800 million, bringing it quite close to the unicorn mark, from just about $350 million earlier.

SoftBank Investment Advisers through SoftBank Vision Fund had recently led the investment round in cab aggregator unicorn Ola, along with participation from its existing investors Lightspeed Venture Partners, Sequoia and Greenoaks Capital.