Why startups need to focus on building a harassment-free workplace 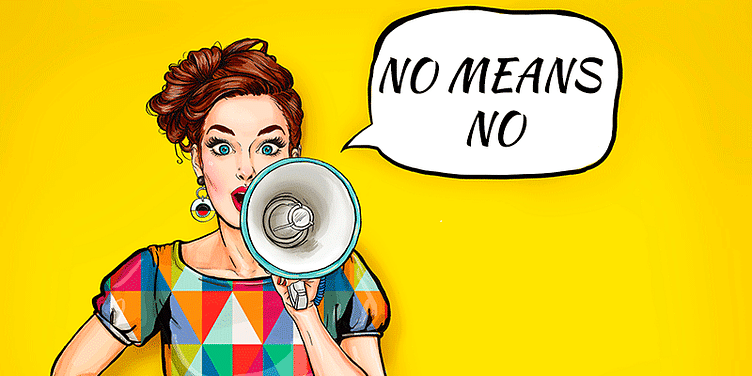 Growth, growth, more growth, fundraise rounds and maybe one or two pivots in between is the biggest agenda of the leadership in any startup in India.

Starting up begins with a quest for great ideas - it's all about execution, revenue and profit while culture takes a backseat. While things are moving such a breakneck pace no one has the time to focus on “low priority” and compliance with the POSH act falls in that bracket.

One would argue that startups require more focus on these guidelines for three reasons - there is a large young workforce working in the startup ecosystem, secondly, the long working hours can go up to more than 100 hours a week, and hence the lines between personal and professional are often blurred.

Need for an impartial committee

The key decision makers in a startup are the early employees who are very close to the founders. People who have been harassed would not feel comfortable raising an issue against someone from the early team as they might have a lot of “power” in the company. This makes it very important to have an impartial and mature committee that will not brush these complaints under the carpet.

In a high-pressure startup environment, people freely use unparliamentary language in meetings and gathering. Over a period of time, they lose the sensitivity that can make other colleagues uncomfortable.

In an environment where people are working more than 80 hours in a week, many of them hang out with each other. What most startup employees don’t realise that even if they say/do something with another employee outside the office premises, it would still be a violation of POSH.

Since a majority of startup employees are young, there are chances of many workplace relationships. But many employees do not realise that someone who is junior will feel pressurised to say yes if a senior member asks her out on a date, etc. It is possible that both parties may be of a similar age group but this could still be in violation of POSH if one of them is in the same reporting chain.

Sensitisation to gender is essential to promote a healthy work culture. Moreover, women are also expected to `be cool' with what was being said and done. It is easy for men to pass lewd statements as jokes. If a woman disapproved of them, they are called "prudes" who don't fit into the startup culture.

There are a few startups, which have POSH guidelines in order, but they these are not put into practice. The Internal Complaints Committee might just exist on paper and not in spirit. In some cases, employees are not aware of the existence of a POSH committee and guidelines are not shared with employees.

In the light of the #Metoo movement, the moment of truth has arrived for many of those who have exerted their position of power — real or perceived — to sexually assault, abuse, harass, and persecute women. Maybe it is time startups begin to invest time in training their employees and managers on these guidelines to make a difference.

Sexual harassment includes any one or more of the following unwelcome acts or behaviour (whether directly or by implication), namely,

Written or graphic harassment, which includes:

All such conducts become sexual harassment - whether textual, graphics or electronic or by any other actions, which may contain - implied or explicit promise of preferential treatment in aggrieved woman’s employment; or an implied or explicit threat of detrimental treatment in that aggrieved woman’s employment; the conduct interferes with an employee's work or creates an intimidating, hostile or offensive work environment; or humiliating treatment that is likely to affect health and safety.

It is the impact or effect of the behaviour on the recipient and not the intent of the offender that is critical in an assessment of such issues/cases. If the behaviour can be reasonably perceived as offensive or intimidating by the persons receiving it, it should be stopped. As such, all employees have a responsibility to communicate clearly to colleagues about behaviour that may be offensive and ask that it be discontinued.

Examples of situations in startups

Role of the HR department