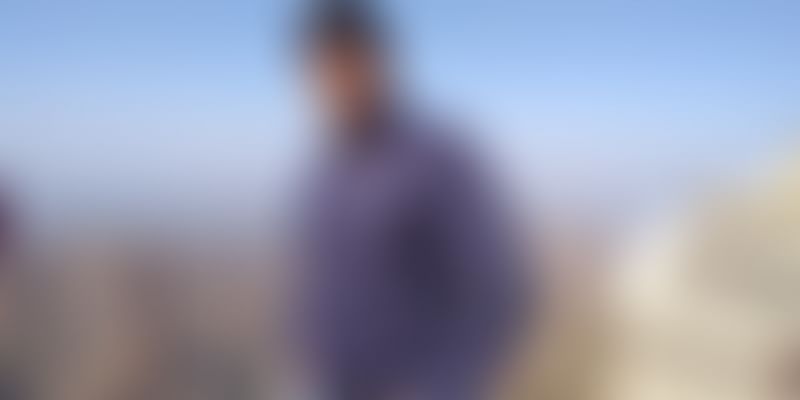 Manish Upadhyay has 23 years of experience in the education sector and is also a mentor, investor and founder. In conversation with YourStory, he points out the key aspects of starting up in the edtech space.

Manish Upadhyay entered the world of e-learning and edtech in 1995 when the world was still getting acquainted with the idea. He started off with joining NIIT and his interest in the space grew deeper after a smart school project with the Malaysian government.

In 2002, he joined Vivek Agarwal and co-founded LIQVID, an edtech company that trains corporate employees and has the likes of Softbank and GrayMatters Capital as investors. The IIT Delhi postgraduate is also a partner in Pune-based edtech accelerator EDUGUILD, advises Ashish Dhawan’s philanthropy fund Central Square Foundation on its edtech projects and also advises the entrepreneurship department at Ashoka University.

After 13 years of actively working on the operations on LIQVID, Manish has now taken a step back and focusses on mentorship, investing and advisory.

A partner-investor in startups such as AR-based travel app Augtraveler, Manish is also on the advisory boards of StudyMarvel, 247 Around, Ambition Up Startups, AbroadShiksha and VidyaRobotics.

YourStory: Why did you shift to a more advisory role in the edtech space?

Manish Upadhyay: I realised that there was a lot more to do from an ecosystem perspective, and I also wanted to be a part of more ventures. I felt there was a need for a deeper push towards mentoring different edtech startups in the country. There was a need to understand the market and what startups need to build accordingly.

YS: Now that you are mentoring different startups in India, what is your opinion of the edtech space?

MU: Most startups in the edtech space in India are focussed on test preparation. The reason is obvious - it is the only segment where you can link money with a tangible outcome. In India, tangibility is where the revenue models are, thus most of the test prep players get more traction and funding.

There aren’t too many companies in India that are doing well beyond test preparation. Few companies, not many, are looking at pedagogy at large because it demands a lot more research and investments.

India is at a stage where we are still seeing the first wave of entrepreneurship without many deep pockets. Here, people first create the models and then raise money. Beginning with easy pickings, they aren’t venturing into areas that need more research and innovation upfront.

YS: How have edtech startups in India evolved and grown?

MU: Initially, all edtech companies were focussed on B2B. They would go to schools or colleges and pitch with huge calendar sale cycle times of 6-12 months. There was also little differentiator. But, with BYJU's, there was a consumer behaviour shift where people were ready to pay for B2C products.

This is the first time that parents are buying edtech products online and are paying serious money for it. Nowadays, B2C products are more evolved because the companies are closer to the user. There are more contemporary companies too, like Meritnation and Toppr, which are both strong players.

YS: What is your view on the entrepreneurs in this space?

MU: For every entrepreneur who graduates and wants to become an entrepreneur, one of the first choices is education because they think they understand the space well, which is partly true. Thus, we see a lot of edtech startups. But the problem is getting them to grow. Most entrepreneurs focus on the product side of the company and very few of them focus on go-to-market strategies or sales. This is one thing that needs a change, and it is happening slowly.

YS: Are there startups working to change the country’s education system?

MU: The K-12 to higher is the same for many decades now. One of the reasons is that it is a heavily regulated segment and there are norms and credits that need to be followed. Nobody can dare to change the credit structure to favour entrepreneurship and that is where the root of the problem lies. There are many upcoming new universities like Ashoka, which are willing to experiment but cannot because of the regulatory structure and norms.

We need to turn our IITs and IIMs into the US universities like Stanford, where there is a beautiful mix of faculty and student teams, research money and investors. If we can replicate that model, universities would have a lot more autonomy.