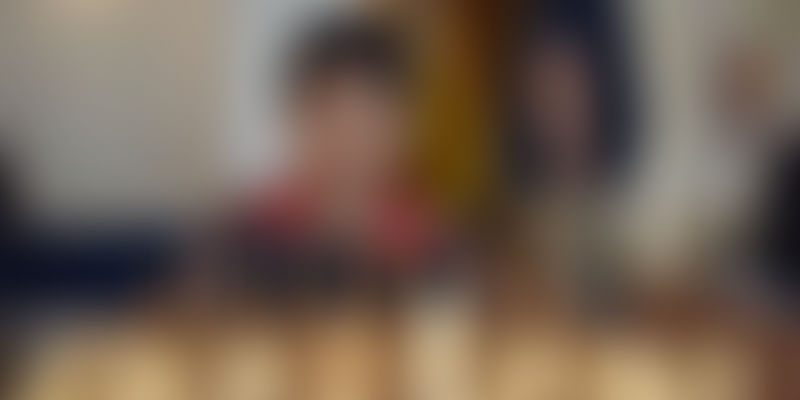 Twelve-year-old Gukesh has overtaken the mark set by his state-mate R Praggnanandhaa in June last year, and has now become India's youngest Grandmaster.

Tamil Nadu lad D Gukesh on Tuesday became the second youngest Grand Master in the world and the youngest Indian to achieve the feat at 12 years, seven months and 17 days, erasing the mark set by his state-mate R Praggnanandhaa in June last year.

Ukraine's Sergey Karjakin remains the youngest-ever GM, having achieved the feat at the age of 12 years and seven months in 2002.

In December last, the Chennai boy had narrowly missed on the record when he lost his third round game against GM Daniele Vocaturo of Italy at the Sunway Sitges International in Barcelona.

Gukesh, however, recovered and he put that setback behind him, and has now beaten the record held by his friend Praggnanandhaa, who was 12 years and 10 months old when he became India's youngest GM.

The youngster, who idolises legendary Chess grandmaster Bobby Fischer and India's Viswanathan Anand, told PTI after achieving the feat that he was very happy and excited.

"I am very happy and excited to have become a Grand Master. I am delighted to have won the third (GM) norm and the title. I would like to play Anand sir sometime," he said over phone.

I did'nt feel any pressure before the game. I just forgot about the pressure and focused on my game, he added.

He said he was a little disappointed to have missed out on breaking Karjakin's record in Barcelona, but felt relieved after a while and focussed on his game.

"I was a little disappointed not to break the record in Spain (Barcelona) but chose to focus on the way forward. I also missed out on achieving the record in Mumbai during the Mumbai International Chess tournament due to a technical issue," he added.

"I felt some pressure while playing in Barcelona as there was a possibility of my breaking the record. But once I missed the chance, the pressure was gone. Now, I am relaxed," he added.

The son of Rajinikanth and Padma, both doctors, the lad started playing the game with his parents at home, and he was later enrolled in an academy in the locality. He was drawn to the game under the guidance of MS Bhaskar and then a few others, including Vishnu Prasanna.

"At the age of seven, I joined a summer camp in my school. MS Bhaskar, my coach, spotted my talent and encouraged me," Gukesh said.

He is presently coached by Grand Master Vishnu Prasad.

A seventh standard student of Velammal Vidyalaya, he says his school has supported him a lot whenever he had to miss classes to play in tournaments.

Gukesh, with a FIDE rating of 2497, says his aim is now to keep improving his game and achieve the Super GM title.

"Now that I have become a GM, I can play bigger tournaments and will get invitations to challenging events," he says.

"I want to improve my game and also achieve Super Grandmaster title," he added.

The Chennai lad, who trains six to seven hours a day, said he likes to watch Tamil comedy scenes to relax.

Gukesh had secured his first Grandmaster norm during the Bangkok Open in 2018 when he finished 27th in a strong field. His biggest moment came when he won the U-12 World Cadets Championship with a score of 10 out of 11. He continued his great run by securing the top spot and winning the GM norm round-robin tournament in Serbia.

Noted chess coach RB Ramesh, who trains Praggnanandhaa, congratulated Gukesh on his achievement. "So many norms at Delhi open! Congratulations to Gukesh for becoming second youngest Grandmaster in the world!," he wrote on his Facebook page.

Gukesh's father said he was elated at his son's achievement and also relieved. His mother Padma said she was feeling great and was proud of Gukesh's feat.

"I am feeling great now and also proud of him. He was under little pressure when playing in Spain when there was a possibility of him breaking the world record in the tournament," she added.