Now, an app feature to zero in on where your downloads happen: meet Noida-based Techugo 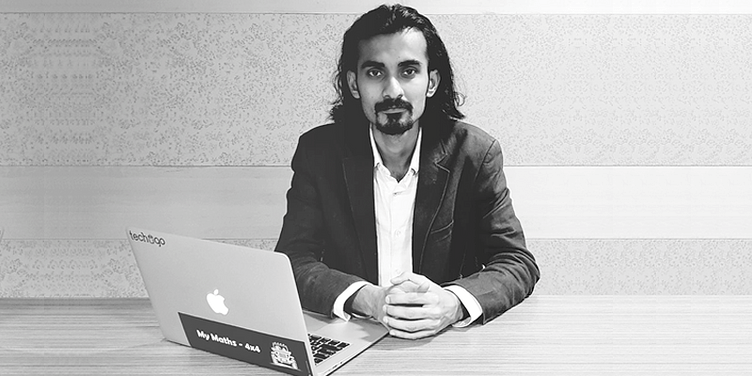 Apart from app design, development and digital marketing, Techugo also offers a feature that helps companies get information on the exact location from where an app gets downloaded.

As we spend more time on our smartphones, mobile apps are becoming a major form of digital interaction. From the corner coffee shop to grocery shopping and booking an appointment with a doctor, apps now rule our lives. Mobile apps are also critical for companies to grow as they help a brand's visibility and better connect with their customers.

However, while there are a number of companies developing apps for businesses, Noida-based Techugo, which develops apps and helps companies with digital marketing, claims that it stands apart from the crowd due to its Techugo Analysis and Push notification Services (TAPS) feature. The team says that TAPS not only shows the number of downloads but also the region where each download takes place. It does so using its proprietary technology and without relying on GPS.

The company was started in 2015 by Ankit Singh and co-founded by Sumer Mathur. Techugo also has an office in the US and Dubai.

With over 100 clients, Techugo works with companies in the field of entertainment, education, tourism, and social media, among others. Some of its prominent clients include Airtel, Godfrey Phillips, the Bharatiya Janata Party (BJP) and Indofil.

“We offer application design and development services to our clients who are seeking a digital intervention to expand their businesses,” says Ankit.

Ankit says, the company does not restrict itself to startups alone and caters to all industries. It claims to have developed more than 235 apps till now.

After completing his degree in Electronics and Electrical Engineering from Uttar Pradesh Technical University (UPTU), Ankit’s inclination towards management made him think of a future that didn't involve a regular job. While in his third year at college, he had developed an interest in mobile app development. While his batchmates were preparing for GATE and MBA exams, he decided to start up on his own.

Today, Techugo is a team of around 150 people and has raised an undisclosed amount of funding. Co-founder Sumer is an angel investor based in the US.

Talking about Techugo’s TAPS feature, Ankit says that once the app is live, it can go deeply location-specific and show which building or neighbourhood it has been downloaded from. It also allows a client to send information such as promotions or discounts to its users.

“TAPS is one of the strategies we follow, and it accounts for five percent of our services. The rest comes from our development, assessment and marketing process. We help in analysing, development and digital marketing. Other players do only the development part and not the other two,” says Ankit.

However, Ankit says that TAPS has not faced privacy related issues. Rather, it completes the development process by offering something additional to theirclients. Techugo, which works on the Android and iOS platforms, also provides support for around 4-6 months after the application goes live. It also provides extended support and digital marketing plans if a client needs this, and charges them depending on the product.

The company counts startups like Appheads, Appster and Quytech among its competitors. For startups looking to raise funds, Techugo claims it helps with the complete analysis of their product where wire framing (designing a website service at the structural level), and designing of the application is done.

The startup also does complete product development. “Our journey starts from the analysis and development to branding and marketing. With these steps, we ensure to not leave our partners halfway; rather, we work with them till their app and brand attain the deserving recognition,” says Ankit.

Ankit explains that his company charges clients anywhere from $5,000 to$80,000 depending on the functionality of the product.

“We started our journey in 2015 with a handful of developers. But within a year, we generated $400,000 in revenues, and got over 30 developers working with us,” says Ankit.

This is a far cry from the first few months of operations when they struggled to get even one client. As Ankit realls, “Our first client was a company called Lotopo, an ecommerce hyper-local company.”

Techugo got lucky when they signed on Fanzir (a sports social network platform focussed on football) as a client. “After Fanzir got funding, it also helped us scale up. In just two days, it got 10,000 downloads. We slowly started getting prospects this way.”

In the coming years, the company is targeting over $5 million in revenues, and plans to get more than 200 developers on its platform. It also plans to expand to Canada and Australia in the future.