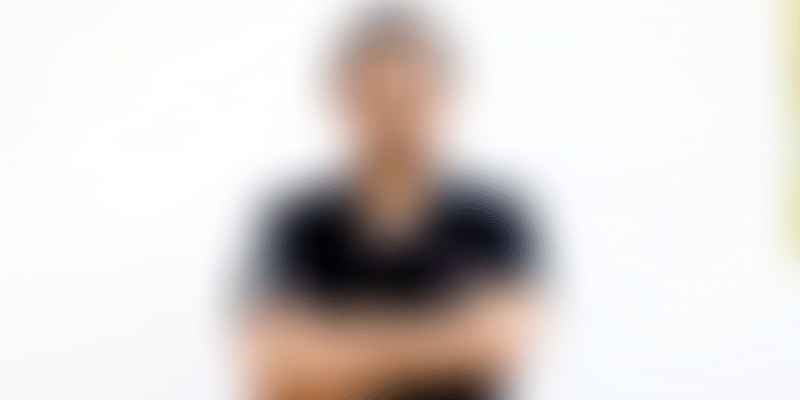 Nutrition goes hand in hand with every sports training regimen, with research recognising it as the “cornerstone” of an athlete’s diet. But very often, sportspersons – in India particularly – lag on this front and fail to perform at their best. If they do get their sports nutrition- and endurance and resilience - on track, it’s with international brands. This is what led Samit Mehta, son of a first generation pharmaceutical entrepreneur, to foray into the sports nutrition business with his startup UTH Beverage.

Samit, whose father founded Pune-based Emcure Pharmaceuticals in 1983, always wanted to create his own identity. “When you have a successful father, the entrepreneurship bug passes on in the family,” he says.

This motivation led Samit to secure an MBA from Wharton, but he decided to come back home and do “something of his own”. He zeroed in on the idea of sports nutrition as he felt that sportspersons in India severely lacked support in this area.

In March 2006, Samit started building his sports nutrition business with the UTH Beverage Factory. Headquartered in Pune, the startup launched an isotonic sports drink, xplode, marketed as a competitor to Gatorade. He outsourced the manufacturing, and did the sales and marketing with a six-member team. Their big break came in 2008 when the Commonwealth Youth Games were held in Pune, and his firm got an order for 1.5 lakh bottles of the sports drink.

The product received good feedback, but there were supply bottlenecks. A few years down the line, in 2010, the team decided to setup its own manufacturing setup in a small 600 square feet area. However, it did not seem feasible with a single product as the costs would run extremely high.

Soon, with a good network of specialist nutritionists, gyms, and trainers in place, Samit decided to take the next step: a new range of products. “We came out with a whey protein in 2010 under the brand called Six Pack Nutrition,” Samit says, adding that he felt the brand name was “aspirational”.

Samit says it took his team a while to understand the market, currently estimated at Rs 2,000 crore with more 85 percent being imported products.

“There have been a lot of fly-by-night operators, which resulted in customers losing trust in Indian brands,” he says.

To increase its credibility, UTH Beverage in 2014 decided to give an international feel to its packaging. The design was done by an Australian agency, and every product batch was accredited by a third party laboratory.

The Six Pack Nutrition products are targeted at sportspersons and fitness athletes, which is why the startup decided to associate with Olympic Gold Quest, a Mumbai-based non-profit organisation that aims to spot sporting talent early. UTH Beverage now claims some leading sports personalities as customers.

“I have always been passionate about sports and I think if we had the right nutrition support, the country could have produced Olympic-level sportspersons much earlier,” Samit says.

However, the products are not just targeted at only sportspersons. People who want to supplement their protein intake, opt for weight gain, and enhance their calcium levels are also their customers.

“There is a lot of misconception about protein, whey protein in particular,” Samit says. According to him, 80 percent of the Indian population is deficient in protein, which makes supplements important. The clientele for Six Pack Nutrition’s protein supplements is predominantly men in the 18-35 age group.

The company now offers 59 stock keeping units, including 11 whey protein brands, muscle gainers, weight gainers, and calcium supplements. It is available offline (some stores) and online (via their own website and on e-commerce site like Amazon and Flipkart.

In the future: game on

According to ResearchAndMarkets' India Protein and Herbal Supplement Market Overview, 2018-2023, the dietary supplement market in India is expected to grow with a CAGR of more than 15 percent in the forecasted period. The nutraceuticals market is projected to reach a CAGR of more than 18 percent from 2017-18 to 2022-23. The growth in the market is being fuelled by the rise in lifestyle ailments, awareness of health and fitness, and increase in people’s purchasing power.

UTH Beverage faces off against some domestic players and international brands like MuscleBlaze, Ultimate Nutrition Prostar, Inlife etc. The startup, largely built through internal accruals, is likely to achieve a turnover of Rs 20 crore in the current financial year with a positive operating profit. It aims to touch Rs 50 crore in the next two years.

“The gestation period in this business is a bit long but we took our time as we wanted to be ethical,” Samit says. Now that all the groundwork has been laid, it expects a faster trajectory of growth with “products that are of international quality and available at honest Indian prices”.

In the future, Samit says UTH Beverage would like to go a “little more mainstream” with its range of products. It is looking at the feasibility of opening its own outlets, and exploring funding options to scale. “Our R&D team is also working on the segment of weight control. This would also mean expansion of products and going beyond metros,” Samit says.