Move over heritage walks, the Startup Walk showcases how young entrepreneurs do business in Chennai 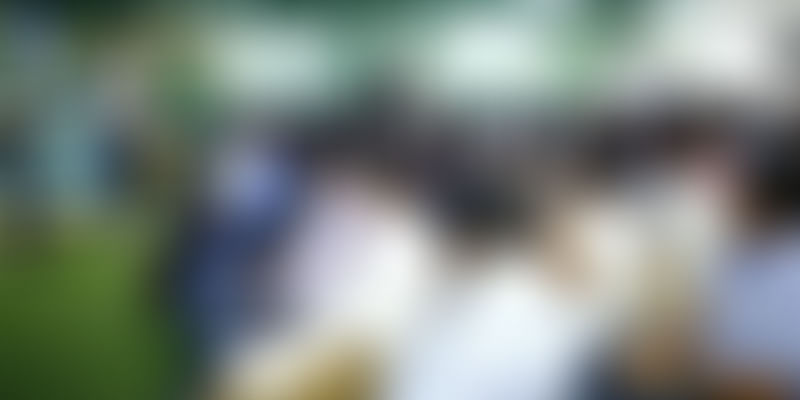 The two-day Chennai Startup Walk offered a chance for students, budding entrepreneurs and even professionals to peek into the day-to-day life of a startup and its founders.

Nature Walks? Sure. Heritage Walks? Absolutely. And how about a Startup Walk?

A novel concept no doubt, Startup Walk, which just completed its fourth edition, has now become a popular feature in Chennai. “Chennai was a black box to the outside world,” said Vijay Anand, CEO of the Startup Centre and the brain behind the Startup Walk. Inspired by the Walk About in Singapore, participants of the Startup Walk get to see startups in action, understand the robust startup ecosystem in the city and how startups are creating success stories.

“It was a logistical nightmare when we conducted the first walk,” said Vijay. Participants assemble at a point, and buses are arranged to take them from the office of one startup to another. In the latest edition of the Startup Walk, there were two routes. One took participants to SPI Cinemas, Inkmonk, Notion Press, Siam Computing and WSquare. The other went to OrangeScape, Unmetric, Flintobox and Ydeology and the NASSCOM Warehouse, which houses startups.

What is the walk about?

Participants are split into groups of 20-40 and get to spend about an hour with each startup. Founders speak to the participants about their business and ideas, and employees interact with them to explain what it means to work in a startup. Ramkumar, who works with a publishing services company as a German language expert, found inspiration from Isaac Wesley, the Founder of Inkmonk.

Wesley, interacting with the participants of the Startup Walk, explained his journey and focused on fund raising and how a founder becomes a salesperson - selling the vision to potential investors, and even future employees. He also answered questions on dilution of equity and how to structure a financial deal. “The Startup Walk facilitates direct interaction with the CEO,” said Vijay. Flintobox, which provides activity boxes for children aged 3 to 12 years, also received rave reviews from the participants.

“There were people who came to the Walk from outside Chennai,” said Vijay. Middle management executives from tech companies who want to start up, or understand the ecosystem, budding entrepreneurs, Angel investors, and students participated in the Startup Walk.

Ash Balakrishnan, who is based in London, and is an investor in UK startups and facilitates exchange between Indian and UK startups, was among the participants. Nayanthara, who recently graduated from an Australian university, came all the way from Coimbatore along with her grandfather to take part in the walk. Vijay Govindarajan, who works for an Australian bank and is looking to start up, was also part of the Walk. He said, “More than the startups, I found networking and bouncing ideas with other people the interesting part of the walk.” Meenakshi, who works as a HR partner in Think42, an education startup, wanted to understand the best HR practices in other startups and was surprised that some didn’t even have an HR function.

An innovation lab born from the Startup Walk

The Startup Walk has provided a range of tangible benefits to participating startups, but its biggest accomplishment was its indirect role in SPI Cinemas setting up an innovation lab. “We set up the innovation lab after participating in two editions of the Startup Walk,” said Ratheesh Krishnan who heads the lab. An SPI team participated in the Startup Walk to understand how startups work. Based on their observations, a team was identified to take SPI Cinemas forward. “The average age of the team was 27, and after we saw startups having guys aged 21 to 24, we too followed that practice,” Ratheesh adds.

Travel startup PickYourTrail picked up its tech expert from the Walk. “When there is an open discussion, such kind of passive hires happen,” said Suresh Sambandam, Founder of KISSFLOW, the flagship product of OrangeScape, which participated in all the four editions.

Day 2 at IIT-Madras and Anna University

The Startup Walk, this time, was spread over two days and participants were given an overview of activities at the Centre for Innovation established at IIT-Madras to help students experiment with their ideas. “Ather Energy (the electric scooter startup) was born from this lab,” said Vijay.

The participants also visited Nirmaan, the pre-incubation centre at IIT-Madras. Led by S Sathyanarayanan, who is an assistant professor at IIT-Madras, Nirmaan is the the only successful pre-incubation cell in the country. Any innovative idea that has promise and some customer adoption can be funded by Nirmaan with up to Rs 5 lakh. Once the business sees some traction, it moves out of Nirmaan and gets incorporated as a company. “So far, 10 startups have graduated out of Nirmaan,” said Santhyanarayanan.

Archana Stalin, Founder of MyHarvestFarm, explained how her Anna University-incubated startup is creating an ecosystem for organic vegetables. At the post-event get-together, the State Bank of India launched two exclusive InCube branches for startups, one in Anna Salai and another in Ekkatuthangal. Officials from the bank also invited startups to approach the bank for their financial needs.

Anusha Murthy, who helped organise the walk, said, “I found the opportunity to organise exciting because people don’t talk about Chennai as much as Bengaluru or Delhi. Many told me they never knew so much was happening in this city.”

Dorai Thodla, Founder of iMorph and a mentor to entrepreneurial and innovation centres at several engineering colleges in the city, Srinath Ranga, who runs Digital Bull Leads that provides business optimisation through Google for customers in the UK, US, Australia and Canada, and this writer were “captains” of the Startup Walk routes, along with Vijay Anand.