CometChat, an enterprise messaging startup from Mumbai, is going global, with nearly 70 percent of its client base in the US. Here’s how the startup helps businesses communicate better with their customers.

Twins Anuj and Anant Garg loved computers from a very young age. They had their first PC at four, and like all kids, would spend hours playing games on it. As the years rolled by, the brothers started getting curious about software, and by seventh grade, had managed to build their school’s first website.

The year was 1998, and the internet was just about taking off in India. Building a website may not have been a priority for any school then. But, “it was an interesting moment for us because we started receiving messages from our school alumni from all over the world”, the brothers tell YourStory.

For, Anuj and Anant, that first “building” experience was a sign of things to come. After finishing their respective commerce and engineering courses in Mumbai, the brothers “took a leap of faith” and launched their own company in 2007.

“We began as a consulting business making websites and mini ERP systems for companies or anyone who would give us a chance to build software. Slowly, we started dabbling in other products that we offered for free to people on the internet.”

After about two years, they realised that they had the “DNA of a product company”.

Recalls Anuj, “Back in 2009, Anant had a Wordpress site and he wanted his users to communicate with each other. That’s when he realised that no such solution existed in the market, and CometChat was born.”

Also read: Mesibo’s cloud communication platform could be the future of enterprise messaging

From freelance websites to a product startup

In a decade since then, CometChat, which allows developers to seamlessly add voice, video, and text chat to their mobile apps and/or websites to increase customer engagement and improve monetisation, has grown into a 50-member CPaaS (communication-platform-as-a-service) startup with offices in Mumbai and Colorado, US. It claims to have serviced over 50,000 customers - from Fortune 500 companies to small businesses - worldwide.

CometChat provides 92 “out-of-the-box” product integrations to enterprise customers, and the founders say that “millions of end users send billions of messages” on its platform every month.

Earlier in 2019, it became the first Indian startup to be selected into the Techstars Boulder Accelerator in the US. It also earned a seed funding of $120,000 from Techstars, and will now be a part of a three-month programme that will help it gain access to mentors, investors, and talent.

Anuj says he is “humbled” at CometChat being accepted by Techstars, one of the world’s most renowned startup accelerators and early backers of companies like DigitalOcean and SendGrid (both B2D platforms like CometChat). “Being a company out of India that is not a copy-paste model definitely helped us get noticed,” he reckons.

About 70 percent of CometChat’s customer base is in the US, and the startup plans to utilise this opportunity to consolidate its position in the American enterprise market, and gain contracts higher than $1 million per annum.

“While on one hand, Techstars will help us establish corporate channels and expand our US presence in a big way, on the other, CometChat Pro will ensure that we are ready for highly evolved and quality-obsessed customers, developers in this case.”

He adds, “Our mission is clear: if you need chat in your app, think CometChat.”

CometChat ensures that businesses not only have more control over user conversations, but also spares them of investments in servers (which the company may or may not own) or other heavy-duty tech infrastructure. Anuj explains,

“Most businesses are moving away from centralised platforms for their communication needs and are looking to create a unified user experience on their own platform. This ensures that their users don’t take conversations to other platforms such as Facebook - over which a business has very little control."

“And, with increasing privacy threats and laws, more and more businesses are liable for the data security and integrity of their users’ conversations. That’s where we come in,” he says.

But, most importantly, business owners are able to retain customers on their own platform as opposed to them “straying” to other communication channels such as WhatsApp or Facebook. By having their users converse on their own platform, businesses can also tweak the customer experience according to the real-time feedback they receive.

For some businesses, however, the advantage is more critical. “Some businesses cannot afford to have their conversations on somebody else’s servers. The privacy aspect is crucial for them. Hence, they see value in CometChat,” Anuj says.

Without revealing numbers, CometChat says it has been “profitable from Day 1” primarily because it is not a B2C startup.

“B2B startups enjoy the enviable position where they can own their niche and decide their growth path either by being very capital-efficient and bootstrapping and/or balancing by some capital infusion. For B2C startups, it is not possible to move without any investor money.”

But now, armed with $120,000 in seed capital, CometChat plans to build “a great team, a great product” and also keep an eye on profits and cash flow. Add to that the increasing opportunities in CPaaS, which Anuj calls “a sunrise industry”.

According to IDC, the sector is estimated to reach $10.9 billion by 2022, registering a 10-fold growth since 2016. CometChat, of course, is not the lone player. It competes with the likes of MessageBird, Twilio, Plivo, and even homegrown startups like Mesibo and Solutions Infini.

But, acquiring customers is perhaps easier than ever before. The founders say,

“Earlier, companies needed to be convinced that they need chat in their app. Now they are already sold on the idea that chat is an essential part of engagement.”

So, what better space to be in than a market that is ready for you? 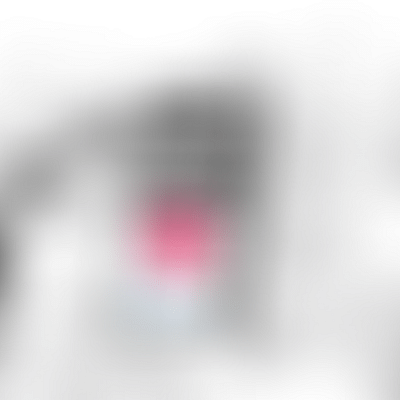