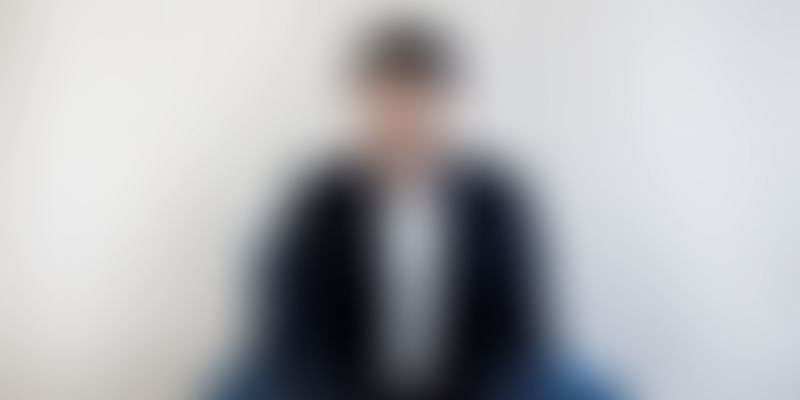 Pushkar Mukewar and Neil Kothari, classmates at Wharton in 2009, soon became friends and realised that they were interested in entrepreneurship. But when they graduated in 2011, they did not have the idea. After a few years of working in the finance industry, they realised that lending was big business. In 2015, the duo set up Drip Capital, a trade finance company that provides collateral-free, post-shipment finance to Indian exporters “with instant approvals and minimal documentation”.

“Our mission is to level the playing field for small businesses in emerging markets and to finance their international trade at the click of a button,” say Neil and Pushkar.

Indian MSME exporters face umpteen difficulties due to bureaucracy, slow turnaround times, and demands for collateral. Drip Capital steps in to give these exporters collateral-free, working capital at competitive rates of interest as rapidly as possible. The product helps working capital-strapped MSME exporters access alternative financing to grow their businesses faster than they could otherwise.

The startup claims to have enabled $300 million of trade on its platform so far.

Take, for example, an exporter who has maxed out his banking limit, and is looking for a working capital solution. This exporter reaches out to Drip Capital online and fills out a two-minute application form. Based on the information submitted, Drip analyses the exporter’s eligibility within 24 hours. If eligible, an offer letter is given to the exporter, detailing the terms of the credit arrangement.

After the offer is accepted, an automated risk assessment of the exporter is done, based on various data sources and parameters. The credit facility is eventually set up for the exporter after e-signing of legal documents.

To receive financing, the exporter must submit soft copies of the invoice and shipping document on Drip Capital’s online portal. The startup processes the same and transfers funding to the exporter within 12 hours of invoice submission.

After setting up India operations in Mumbai, in 2016 , Pushkar started reaching out to exporters via cold calling. When an exporter from Anand, Gujarat, expressed an interest in the product, Pushkar travelled to Anand to meet him. The client, a firm named Dhara Foods, was into selling processed/packaged foods to grocery stores in the US. Since the client was a trader, he lacked the ability to put up collateral. Without collateral, it was proving very difficult for him to get finance via traditional banking lines and similar services.

Drip Capital offered to provide collateral-free working capital to Dhara Foods by financing his export invoice. The exporter immediately saw the benefits of the product and discounted his invoices with Drip, generating the company’s very first revenue.

Drip Capital was originally funded by Y-Combinator; YC invested $120,000 and an additional $330,000 was invested by other individual investors. The company raised a second seed round of $4.5 million from Accel Partners and Wing Ventures around mid-2016. Later, it raised a $15 million Series A round with Accel and Sequoia as primary investors in June 2018.

The challenges along the way

But, despite the funding, there were challenges.

“Imparting knowledge about the product, its pros and cons, how and why to avail it, etc. is often a hurdle. Many exporters have limited knowledge about alternative sources of financing beyond conventional banking lines and breaking past these barriers can be challenging. Further, since the work process is B2B-focused, sales cycles are often long and take time to turn around completely,” Pushkar says.

Often, SMEs also compare the product pricing with that offered by banks, which can offer competitive rates due to volumes. The founding duo says it gets difficult to explain the advantages of collateral-free financing when the exporter is “only concerned about pricing”.

However, Drip Capital believes that its technology will ace the test. It uses technology architecture based on industry best practices, with servers located on Amazon Web Services. This includes SSL encryption in-transit and at rest, when necessary, in addition to firewalls to protect the online portal, database, and paper backups of key contractual documents. Access to the portal is role-restricted and requires login using OAuth Authentication with a Drip email. Drip uses a lot of technologies in its stack, including Ruby, Rails, Node, Python, and VueJS.

The startup uses it own proprietary data set and combines with data provided by SMEs to understand whether the SME will pay back the loan and also choose an interest rate. Its data teams operate out of Mumbai and California.

Drip Capital works with over 300 SME exporters across a range of export verticals (RMG, processed food, agro commodities, engineering goods, etc.) and geographies (Tier I and II cities)  across India. The company’s clients range in size and value from $100,000 to $50 million.

Their USP can be summed up in four points: collateral-free finance at competitive rates, rapid turnaround and processing, transparency, and a completely digital solution.

According to E&Y, more than one million SMEs export from India. This business is only going to increase in the coming years as many more Indian brands begin exporting their products. Drip Capital, however, does not plan to focus on India alone and is targeting economies that want to support their SMEs to export.

In the next 18 months, the primary aim for Pushkar and Neil is to establish Drip Capital as a leader in the cross-border trade finance space in India. The company also aims to expand globally, with an upcoming expansion in Mexico scheduled to take off in the coming months.

“Ultimately, we also aim to start looking at diversification into other trade finance products and services,” Pushkar says.

Also read: Build it right, not fast: how Pravin Jadhav built Paytm Money with a team of 6