[YS Exclusive] In pursuit of impact: entrepreneur Ronnie Screwvala on startups, the education sector, and upGrad 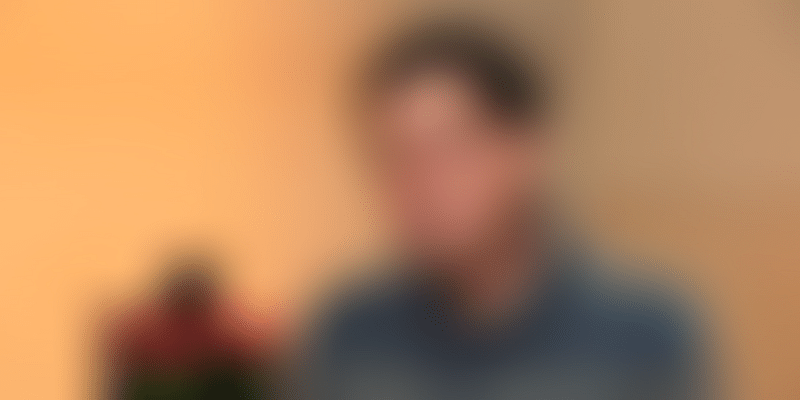 In an exclusive interaction with YourStory, entrepreneur Ronnie Screwvala talks about his (little over) ‘three-year-old baby upGrad’, his conviction in the education sector, his views on entrepreneurship and startup funding in India, and his success mantra to stay the course.

Serial entrepreneur, philanthropist, and media veteran Ronnie Screwvala has never been one to mince words. Anyone who has followed Ronnie over the years will agree that he has always been a straight shooter. In fact, Ronnie recently made the headlines for unapologetically speaking his mind about Indian startups on social media – something he didn’t shy away from doing even when I met him in person to hear his views on the entrepreneurial ecosystem, the education sector, and his latest venture, edtech startup upGrad.

In my recent conversation with Ronnie Screwvala, the upGrad Co-founder and Chairman was his usual, candid self, as he spoke about his learnings in his first innings as an entrepreneur with UTV Group and the potential to create impact with his second -- upGrad.

“I want to really make an impact. I think the luxury that I have in my second innings is that I can look at things where I can make a difference,” says Ronnie Screwvala.

Ronnie, who founded and built the media and entertainment brand UTV Group, sold UTV to Disney for $450 million in 2012, only to start up again, launching upGrad with co-founder Mayank Kumar in July 2015.

The potential to create impact is a driving force for Ronnie’s work with all of his existing ventures – be it online learning platform upGrad, NGO Swades Foundation, independent creative production house RSVP, sports business U Sports, and investment firm Unilazer Ventures. Ronnie emphasises the opportunity to create impact through the power of storytelling, education, upskilling, sports, and entrepreneurship.

“So, the Swades Foundation for me has a very different impact. upGrad is a very high impact thing. I think what we're doing in sports has an impact. And the only reason I came back to creating movies after exiting it is because I think it's a high-impact sector," says Ronnie Screwvala.

"(With movies) you can tell the stories that need to be told and it's a very impressionable medium, and for me, right now, that's the excitement, rather than saying I'm creating a movie,” adds Ronnie, who bankrolled the Vicky Kaushal starrer 'Uri: The Surgical Strike,' which has set new benchmarks for a mid-budget Bollywood film, earning over Rs. 240 crore by its 53rd day of release.

Just as with the entertainment and media sector, Ronnie believes in the potential to create impact through the education sector. Both, he says, can originate from anywhere in the world, adding that for India to become a global soft power through education, it will need to tap the power of the online medium.

In India, close to 125 million people should have a post-graduation degree, but only 25 million currently do, says Ronnie. This means that 100 million people were compelled to take up a job for different reasons, which makes whatever they’ve learned upto that point their plateau, he adds.

“But the world is changing. And there are two aspects: one, the world is changing, your company's changing, the environment is changing; and second, the other 25 million people will keep coming into the system at a position above you and then you're going to feel frustrated,” says Ronnie, pointing to the market of over 100 million working professionals that upGrad is currently gunning for.

Ronnie says he zeroed in on the online education space as that is the one sector that is most open to disruption. He says,

“Most people feel online education is the responsibility of the government or it is relegated to the not-for-profit space. India needs disruption in the education sector. It can’t come from grants and cannot only come from the government.”

Watch the first part of my interview with Ronnie Screwvala where he outlines his plans for upGrad, as well as the opportunities he sees in the education sector, both in India and international markets. He also speaks at length about what it took to be an entrepreneur, with and without funding.

Ronnie Screwvala on thriving without funding

Ronnie Screwvala, who prides himself in being a ‘traditional entrepreneur,’ says he was able to build successful businesses because he stuck it out despite the odds.

He says, “If I were to be proud about anything from my first innings it was that I am a first-generation entrepreneur. Unlike today, when most people think that you only build a business by raising funds, I had no choice because there were no funds available. The reason I am sitting here is not because of the exits I enjoyed but because I stuck it out.”

According to Ronnie, most entrepreneurs today only have a business plan for until their next funding round. However, entrepreneurs should focus on building sound business models, rather than attracting investors, says Ronnie. He adds,

“You can be damn sure that you'll be forced to run a fundamentally sound business if you have less money.”

As an investor in several startups, Ronnie says entrepreneurs, not businesses, attract him. And yet for the most part, Ronnie sees himself, not as a professional investor, but more as an ‘operations guy’, who believes success comes to those who ‘stick it out.’

Watch Ronnie break down his mantras for success and detail what worries him about new-age startup business models and how investing has taken a backseat for him.

Nivruti Rai, Country Head of Intel India, talk about how one build their own unique and successful story in the world of tech