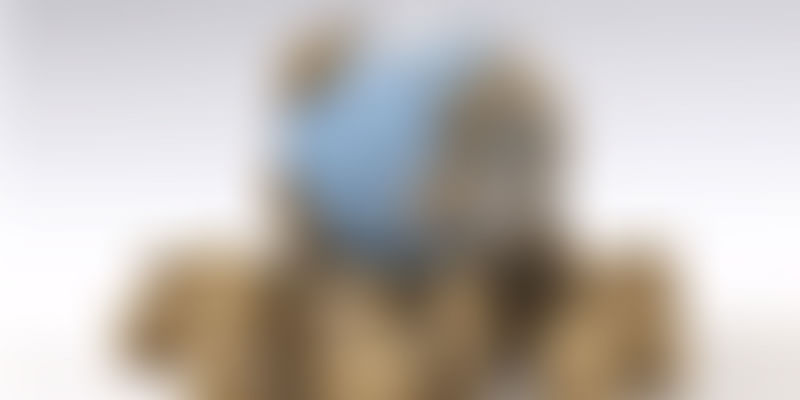 Danish shipping giant Maersk launched the OceanPro accelerator to back tech-driven innovations in India; it has already signed contracts with some of the eight startups that graduated from the first cohort.

The first OceanPro cohort included eight startups that work on technologies such as internet-of-things (IoT), blockchain, machine learning, artificial intelligence (AI), analytics, and augmented and virtual reality. Maersk has signed contracts with five of the companies, and will, over the year, sign contracts with all startups that were part of the cohort.

Sriram Naryanasami, VP of Maersk, says: “For our company innovation from startups is not an ugly child. We embrace it because they are part of our digital transformation.”

For example, one of the startups can track millions of containers in the ocean without IoT devices. They also track containers on trucks through GPS and are building blockchain for trade finance tracking in the supply chain.

Here are the startups that finished the four-month programme:

Zasti: Maersk has three million containers globally and the equipment cleaning market is $3 billion in size. Zasti is working with Maersk on a pilot to track 200 containers per day in Chennai. It uses computer vision to understand the damage to containers. The data collected helps them understand where the company has to clean the container or fix any damage.

LinkedDots: This company focuses on industrial IoT, and helps companies track containers in trucks. It has worked in Africa, North America, and other geographies. It takes data from the GPS of the truck or from the driver's phone to understand where the container is. It geo-fences the route map and connects the order management systems of Maersk and the vendor.

Dhruv: A part of the intrapreneurial programme at Maersk, the company is able to track ocean-bound containers with GPS so clients know where their container is on a real-time basis.

La Vela Pictures: This AR-VR platform allows employees to train with virtual reality content. For example, Maersk's largest container ship was rendered on to an AR module for new employees to understand what it means to be on ship.

KrypC: This company has developed an application to build Blockchain solutions for trade finance. It manages all vendors that come into play in a global transaction when it comes to purchase orders. Built on a hyper ledger fabric tracking logistics and financial ledgers, it ensures every party involved gets the same information.

MintM: This company offers a label-reading OCR software that uses AI to track inventory in Maersk terminals. The inventory tracked includes cranes and other parts.

Inatrix: Thousands of invoices (from governments and vendors) are converted into digital line items, and this software tracks and organises invoices worth $20 billion in value.

Navneet Kapoor, Chief Transformation Officer of Maersk, says: “These are startups that help solve our customers’ problems. Maersk has thousands of customers who can benefit from Blockchain, AR, and IoT solutions.”

The company is currently looking at startups working on fraud detection management as it invites companies to participate in its second cohort, which will be announced in April.

According to the Ministry of Shipping, around 95 percent of India is trading by volume, and 70 percent by value is done through maritime transport.

India has 12 major and 200 notified minor and intermediate ports. Under the National Perspective Plan for Sagarmala, six new mega ports will be developed in the country. The Indian ports and shipping industry plays a vital role in sustaining growth in the country’s trade and commerce. India is the sixteenth largest maritime country in the world, with a coastline of about 7,517 km.

The Indian government is playing an important role in supporting the ports sector. It has allowed Foreign Direct Investment (FDI) of up to 100 per cent under the automatic route for port and harbour construction and maintenance projects. It has also facilitated a 10-year tax holiday to enterprises that develop, maintain, and operate ports, inland waterways, and inland ports.

Maersk is working towards this by collaborating with startups. After all, digital can transform any industry.

Also read: How former Microsoft, Accenture execs joined hands with Samarthanam Trust for an accelerator to help startups making solutions for the disabled