No definite article in Indic culture 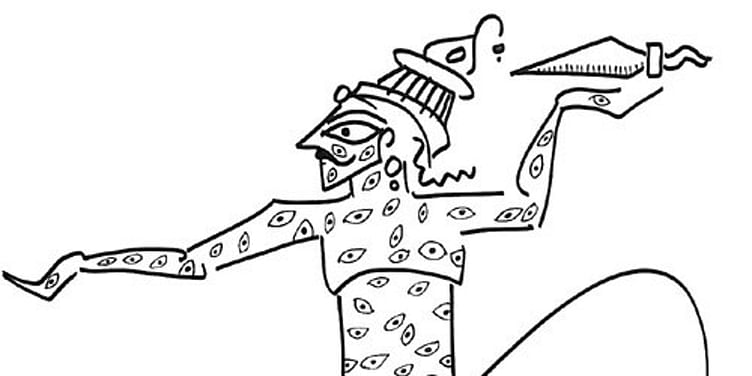 People relieve their anxiety by classifying my talk as ‘interpretation’ hence lesser than ‘truth,’ over which either their guru, or their parent, or someone else they admire or have faith in, has proprietorship.

Every time I give a lecture, there is always a participant who asks, “Sir, but is this not your interpretation?” What else do they expect, I wonder? This usually happens when the lecture seems very convincing yet at odds with something they already know or have been told by an authority figure like a guru or a parent. They relieve their anxiety by classifying my talk as ‘interpretation’ hence lesser than ‘truth,’ over which either their guru, or their parent, or someone else they admire or have faith in, has proprietorship.

This concept of THE Truth, with definitive article, with capitalisation, comes to us from the west, from Abrahamic religions. The truth is in the book and the only one who knows it totally is the rabbi, or the Church or the Mullah.

One is often told the story of the elephant, with the blind men. The blind men who have access to a part of the beast are the interpreters, and only the wise master sees the whole elephant. But does he? How do we know that what he calls elephant is part of a much larger creature, beyond his own comprehension?

This divide, between truth and perception, is essentially a clever structure, created to give power to the intellectual, to the guru and the teacher and, in doing so, casts everyone else under a lesser light. This is found in cultures where there is a clear divide between the leader and the follower, with the leader having a privileged position with access to the Truth and everyone else only having access to their own perceptions.

Hindu thought however functions very differently. In Indic languages, we do not find the concept of the definite article. The synonym used for the Truth is param-satya, which means the ‘entire’ truth or ‘complete’ truth or ‘infinite’ truth.

This word refers to truth not in qualitative terms but in quantitative terms. A word like Satya, does not mean the truth, it means infinite truth.

Mithya, doesn’t mean falsehood or interpretations or perceptions, it means limited or finite truth. Therefore, everyone has access to one’s own perception which is our truth. Ergo, I have my truth, you have your truth. The purpose of the human journey is from limited truth to limitless truth, from Mithya to Satya.

Often, when possessive adjectives and pronouns such as mine and yours, me and you, are used, we are told they indicate the ego, an undesirable trait. We are further told that the only way to relinquish this ego is to be someone who does not have his own perception, which, ultimately, means he must submit to the teachings of the guru, who knows the Truth. This idea probably has its roots in monastic orders.

In this approach to truth, where the guru alone has access to truth, the self of the follower and student is derided. To have an opinion is to have a bias, and one is mocked for it. This approach simply erodes all sense of self-worth and self-esteem, and followers are told to outsource all thinking to the guru, for ‘their own growth’.

All knowledge is an interpretation of observations, of data and of facts. All observations, data and facts are pieces of information gained with the help of different measuring instruments.

In Hindu tradition, each one of us contains divinity within (jiva-atma) that gives us access to a slice (bhag) of infinite reality.

We expand this slice by acknowledging and engaging with the multiple truths of other jiva-atmas we find around us. Hence the value placed on sitting and having a chat, which is the root of the word Upanishads. We are told to hear (shruti) and see (darshan), which are alternate words for the old Vedic Nigama and the later Puranic Agamic traditions.

Here perceptions of other people are valid, not dismissed. By listening to others, we expand our interpretation, and thus make our journey to infinite knowledge that is the Hindu notion of the Truth. Respecting different views is key to this model, known in Jainism as anekanta-vada. This model is a very different way of thinking, and is unique to the Indic civilization.

The article was previously published here