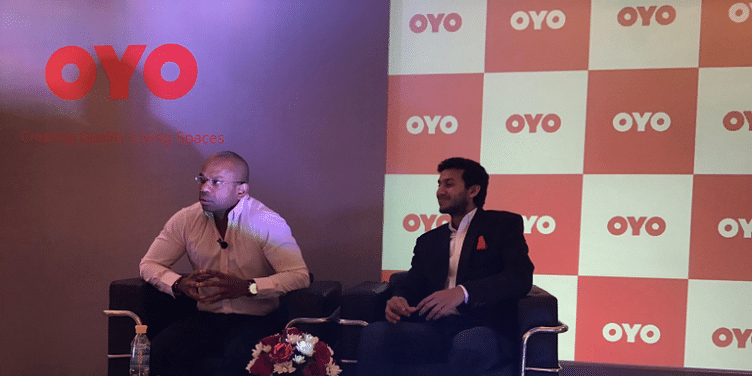 The Delhi-based hospitality unicorn announced that it will focus on building infrastructure, technology, internal operations and hiring people.

“The focus of this is on building infrastructure, technology and internal operations and also hiring people across all levels.”

Also read: What OYO's 'experiment' with biryani means for the foodtech space in India

Apart from that, the Delhi-based company also announced the launch of its new brand - Collection O - focussed on millennials and young travellers. Collection O already has 12 hotels, and is focussed on the budget to mid-segment hotel chain brands. “We plan to touch close to 650 hotels with over 20,000 rooms this year,” added Aditya.

In India, the team intends to expand its reach this year to over 260 cities, 8,700 buildings and 173,000+ rooms. It added that close to 93 percent of OYO’s sales are from repeat or word-of-mouth customers.

Founder and Group CEO Ritesh Agarwal said, “India and South Asia is our home market and the management strongly believes that we are on the path to become one of the largest consumer brands in the nation. We are committing over Rs 1,400 crore for technology investments, renovation, and managing investments for the calendar year, and will provide more, if needed, to help the team ensure continued economically efficient growth.”

In FY 2018-19, OYO estimates further improvement in the economics of close to 50 percent, with loss narrowing to 10.4 percent.

The company seems to be in an aggressive growth phase. Just last month, it launched operations in Japan. In its recent filings with the Registrar of Companies (RoC), it reported a three-fold rise in revenue.