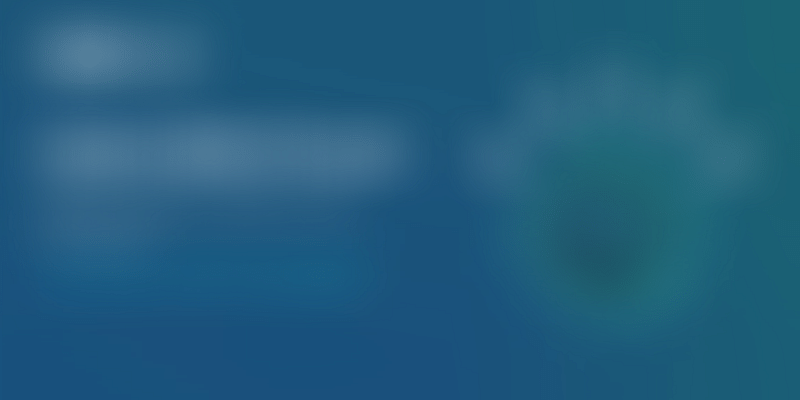 In January 2018, the ASER Centre, an autonomous unit of a leading non-profit organisation, published the results of a survey conducted on 14-18-year-olds from 28 districts across 24 states in India. Among its findings, published in the Annual Survey of Education Report (ASER), was that 40 percent of these teenagers did not have any role models when it came to a profession. The boys were largely in awe of the armed forces, while the girls seemed to think that their options were restricted to teaching and nursing. At a time when the demands of the global economy are tilting in favour of Science, Technology, Engineering and Medicine (STEM), it’s crucial to change that narrative.

Popular culture, television and the media have also done very little to encourage interest in science, with television shows like The Big Bang Theory perpetuating almost caricature-like portrayals of men and women in STEM. In fact, when it came to television, women in STEM were grossly under-represented. A study by The Lyda Hill Foundation, in partnership with Geena Davis's Institute on Gender in Media at Mount Saint Mary's University, on the portrayals of female characters in science, technology, engineering and maths in television and film found that 62.9 percent of STEM professionals portrayed in media are men, twice outnumbering women STEM characters. The lack of external inspiration and the outdated modes of teaching have shown that fewer students, especially girls, are contemplating careers as the innovators and architects of our future.

A multi-pronged approach will be needed, starting early at the school level, to bring about change. One is offering children a hands-on approach to technology that gets them to think rather than learn by rote; the second is exposure to men and women in STEM, who can offer first-hand inspiration on the advantages a career in STEM brings. As part of various initiatives, academic and training institutes are even looking beyond ‘smart’ classrooms to encourage hands-on learning by setting up STEM centres and tinkering labs enabled with technologies of the future including Virtual Reality and Augmented Reality.

The Government of India is also restructuring and innovating education models to integrate STEM learning into the National Education Policy. For this, a change in how children approach a subject has to be reformulated. With learning by rote now completely outdated, the challenge lies in creating a system of learning that encourages mentor-driven programmes which focus on solving global issues through a collaborative, creative, and hands-on approach.

One of the key initiatives by the Government has been Atal Tinkering Lab Solutions. This is an initiative under the Atal Innovation Mission (AIM) at NITI Aayog. Conceptualised with a vision to ‘Cultivate One Million Children in India as Neoteric Innovators’, Atal Innovation Mission has been establishing Atal Tinkering Laboratories (ATLs) in schools across India to introduce and develop skills such as design, computational thinking, adaptive learning, and physical computing. Using a DIY approach, the ATLs are a space where children get the opportunity to work with tools and equipment including electronics, robotics, open source microcontroller boards, sensors and 3D printers and computers to understand the concepts of STEM.  ATL also periodically conducts different activities ranging from regional and national level competitions, exhibitions, workshops on problem solving, designing and fabrication of products, and lectures.

The government is also aiding with the upgrade of library infrastructures at schools and colleges by introducing more hands-on learning tools, Learning Management Systems, grading systems, language labs, and gamification. The latest ‘entry-level’ coding devices are also being added to the curricula.

The Government of India is also encouraging a spirit of competition among students with India’s Largest Robotics Competition which is more than a decade old. Organised jointly by the National Council of Science Museums, Ministry of Culture and supported by the Department of Science & Technology, the contest is open to different age groups of children and youngsters- between 9 to 15 years and 17 to 25 years. The participants are mentored by coaches and are encouraged to explore real-world problems such as food safety, recycling, energy, etc., with relevant field visits and research.

A partner for development

There is extensive research to show that children who have had the opportunity to interact with adult achievers in an area of interest have benefitted from it. To lend its support to the government initiatives, IBM is already partnering with the Atal Innovation Mission on several projects. In May 2018, ATL InnoNet portal, developed in collaboration with IBM, was launched to help school students, with guidance from their mentors, in bringing their ideas to life. The larger aim of the portal is to reach one million students who can be supported by a network of volunteer mentors from IBM.

IBM also launched a programme last year for select students to get a chance to intern with IBM. The students were given the opportunity to interact with experts from IBM and complete their projects through discussions, ideating and understanding what technologies to leverage. . Supported by a network of IBM experts, who are volunteering to mentor the teachers, they cover topics including IoT devices and building prototypes. IBM plans to include about 1,000 of its India employees in the ATL mentor network.

IBM will also focus on launching program that aims to strengthen professional skills and enable girls to pursue careers in STEM, it will associate IBM women mentors to assist in building stronger career pathways for girls. In addition to knowledge transfer, these interactions give the students a real-life peek into careers in STEM and a chance to have role models to emulate.

As India tries to bring about a paradigm shift in the way we approach the demands of tomorrow’s tech-dependent economy, it will call for a change in the way we design and impart learning. Encouraging an interest in STEM in children must begin with early exposure, hands-on learning, and the right mentorship. With the right initiatives being taken by the government and with the government seeking participation by companies like IBM, that journey is well underway, with that all-important first step in the right direction.

He added that building skills and inclusion were key to driving India forward. The event also featured several panel discussions around the importance of inclusion and the role of women in driving economic growth. However, the session that drew the most enthusiastic response was a talk by two young students Jyoti and Sulekha, who told us the packed hall about how they had benefitted from being a part of the hands-on session at the Atal Tinkering Labs and how they would pay it forward and help other improve their lives.

Watch this space for a detailed report on all the action at the India Skills Forum: Advancing Innovation & Inclusion event.