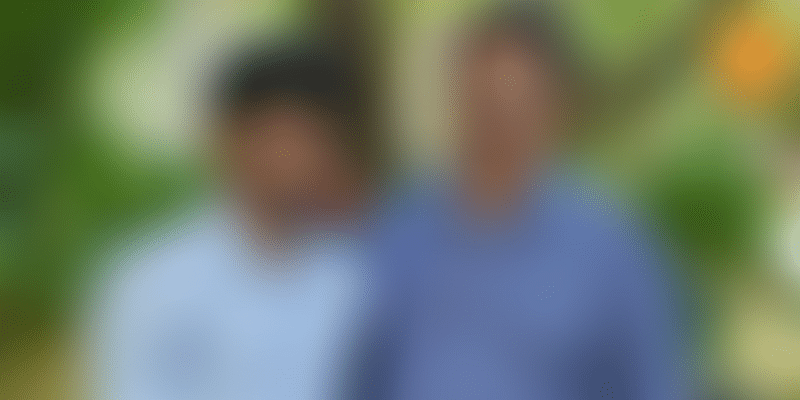 G-Store is an online platform which facilitates peer-to-peer sale of homegrown fruits and vegetables.

You are pardoned if you have not heard about Thrissur – a Tier III district in the heart of Kerala, famous for its annual temple festival, Thrissur Pooram. The city, despite having several medical colleges and engineering institutes, is also known for the large businesses it has produced – the Kalyan Group and Alukkas Group.

But, a young startup from the city is now in the news for its unique initiative. G-Store, which was launched in December 2017, is an online platform which facilitates peer-to-peer sale of homegrown fruits and vegetables.

A brain child of Suresh Babu (59) and his family friend Jeffin George (24), G-Store mainly targets those who have a rooftop garden where they grow vegetables for themselves and lets them sell the excess produce to interested buyers in the locality.

Since the products are also consumed by the seller, its quality and freshness are assured, and the buyer can personally verify it when buying.

Before setting up the G-Store, Suresh used to run a small business in the travel sector, and was looking for new ideas and opportunities. Jeffin, an engineering dropout, was freelancing as an app developer, keen on latest technologies and innovations.

The duo decided to start up when they noticed that organic fruits and vegetables were priced at almost 10x that of normal ones. Suresh was also looking for organic food as he was well aware of the health issues caused due to the consumption of vegetables and fruits grown using pesticides and insecticides.

In Kerala, the agriculture department certifies a land as fit for organic farming only after three years of procuring the land – so that all chemical effect on the soil is gone. For the sellers to make money for those three years, they charge extra for the produce. And the customers have no option but to pay a higher price to avail better quality food.

Higher prices combined with low availability of organic food inspired the duo to create a culture of homegrown fruits and vegetables. They believed that if the growers can make a profit out of it, this idea could build a healthier generation.

Once they decided to start up, Jeffin focused on the tech part, while Suresh takes care of the managerial aspect.

How the G-Store app works

Once you register as a seller on the G-Store app, you can reach out to customers around you. Buyers can search for products and find out where it is available for their budget. In short, the sellers can set up virtual stores without any licence, and Google Maps integrated into the app will show the location of the ‘store’.

After the buyer has placed an order on the app, the seller gets notified by an SMS as well as on the app. The buyer can then visit the place and checkout the products before buying, and both may negotiate the prices and the quantity as well. A buyer can decide who they buy it from, within a distance/radius they fix.

According to research, traditional methods of farming (without chemicals) do not yield a huge quantity. About 1,300 sq ft plot can produce only 200 kg vegetables annually, while the Indian Medical Association (IMA) recommends 300-350 kg annual consumption for a family of four.

Kerala is undergoing a minor revolution as its urban residents are concerned about the use of pesticides in food, leading to organic kitchen gardens to quietly gain momentum, drawing support from the media, government, and other groups.

There have been multiple efforts from the State to encourage organic farming and healthier versions by growing vegetables at every home. To encourage urban population to grow vegetables at home, the State launched Vegetable Development Programme (VDP) in 2012 and distributed grow bags with vegetable saplings at residences.

Under the ‘Safe-to-Eat category’, the government has stated that one can sell vegetables grown at his/her home without certification (unlike organic farmers who can’t sell without being certified). This effort aims to encourage people to grow more vegetables, and whatever comes excess after their own use can be sold to the neighbours.

The company ensures the users are growing vegetables at a micro level, since a larger effort (over a vast area) will demand the use of pesticides and can affect the quality of the product. Some of the users even sell poultry and eggs from their households.

G-Store is particularly useful for customers who find organic vegetables and fruits too costly. In turn, it also helps these households earn income of up to Rs 12,000 to Rs 15,000 per month.

Currently, G-Store has more than 5,000 users, including retired people who have extra time and want to pursue a hobby, as well as homemakers who cultivate vegetables for their own household, and produce extra to sell.

If the buyers complain of low-quality products from a seller, G-Store warns them from being banned from the app if it repeats. Suresh claims that most items are sold on the day of reaping itself.

Suresh says, sellers price the products lower than the market rate. G-Store does not interfere or take commission, and its revenue comes from the ads placed by local businesses on the app. Currently, G-Store is focusing on growth, and not revenues and profits.

“We will start making profits once we start effective advertisement campaigns,” Suresh says.

What happens in non-metros?

For G-Store, what happens in Thrissur need not stay in Thrissur. “Thanks to internet at low rates, we will get a wide reach among the people in Kerala. We can potentially grow across the country as health-conscious people are always looking for homegrown vegetables and fruits,” Suresh tells YourStory.

As of now, G-Store is staying in Thrissur to control its finances. The startup has invested more than Rs 25 lakh for the development of staff, equipment, office space, etc. The company plans to move to Kochi for easier access to talent, once they raise investment. Says Suresh,

“We are actively pitching to angels and VC funds now. Quite a few Malayalis settled abroad have also shown interest. We need external investment for better hiring and marketing campaigns across India.”

Currently, G-Store is a team of six, with developers in Android and iOS. But Suresh says that getting the right talent and making them stay with the company is a challenge, as they often migrate to Bengaluru or somewhere abroad for more glamorous jobs.

With a unique offering, G-Store has an advantage of having no competitors. Other than social media presence, G-Store has got more publicity from being covered in local newspapers, radio, and TV channels, and a few online portals.

What next for G-Store?

G-Store plans to soon integrate payment gateways into its app. (Currently all transactions have cash on delivery option.) The internet handling fees is a mere Rs 1.99 will go to its revenue. (They are trying to reduce dependency on ads for revenue.)

However, as the business grows, logistics will be an issue. In a small town, buyers won’t mind going to the seller and picking up the items for their freshness. But in a city like Kochi, they would prefer to avoid traffic and pay to get it delivered home. Once a certain level of trust is built, the customer repeat rate will grow easily in this category.

But, on the other hand, logistics platforms, which use advanced technology (for tracking etc.) are rare in Kerala. The ecosystem can grow only with more players coming into this space.

An Assocham report suggests that the organic food products’ market in India is worth $533 million, and metropolitan cities have seen 95 percent increase in demand in the last five years. G-Store is now looking to achieve five million users in Kerala, and 50 million in India within the next three years.

Also read: [Startup Bharat] Kochi-based Appmaker has clients from 35 countries, and aims to be Shopify for mcommerce