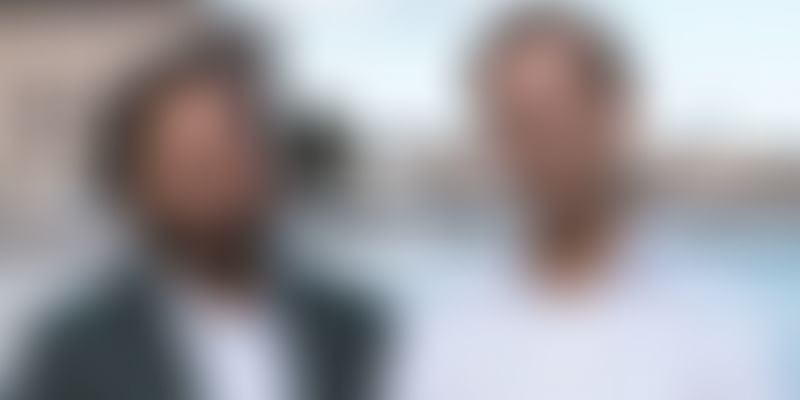 Brandie claims to be the world’s first social media loyalty platform that allows brands to connect with real, everyday users, and also lets customers earn exclusive rewards and offers. YourStory caught up with the co-founders to understand the startup’s India strategy.

Brandie was founded in 2013 by serial entrepreneurs Pranav Kosuri and Douglas Andersson in Stockholm, Sweden. In a world where marketing was assuming gigantic importance, and billions of dollars were spent wooing celebrities and “influencers”, who were, in turn, expected to fetch millions of customers for brands, the founders of Brandie envisioned a product that turned conventional social media marketing on its head.

Brandie wanted to help brands make the most of the not-so-well-known people on social media, those whose follower counts aren't in the tens of thousands, but whose opinions are highly valued. Micro-influencers, as they are known today, are Brandie’s playground, and the platform allows brands to reward their loyal customers as opposed to spending marketing dollars on “discount-hunters”.

After six years of operating in the US and Europe, Brandie launched in India last month. It has set up two offices in Mumbai and Bengaluru, and roped in 11 “carefully selected” brand partners at launch. These include Godrej Nature’s Basket, Club Mahindra, Raw Pressery, Bengaluru FC, Pipa Bella, Bhaane, Olive Bar & Kitchen, Yerha, FancyPants, Le 15 Patisserie, and The Bowl Company.

YourStory caught up with Brandie Co-founders Pranav and Douglas to understand their platform and the startup’s India strategy.

YourStory: How was Brandie conceived and what did you do to get it off the ground in India?

Brandie Founders: The concept of crowd marketing is the underlying principle of our platform. Brandie has been a white-labeled B2B platform since 2013 and is used by companies in the US and Europe. India is our first selected market for the B2C app.

Before entering the Indian market, we ran isolated tests in closed communities for nearly two years. This has been a way for us to evaluate the product-market fit and learn while running live experiments. At the end of 2018, we identified and on-boarded partners with whom we have been working closely.

YS: How did you go about selecting the brands you tied up with? What prompted your choice?

Founders: The brands we have partnered with in India are trendsetters and market leaders within their respective verticals. In the process of selecting these companies, our criteria were that partners needed to have a strong digital strategy, a strong brand, and those that we believed could grow their presence on social media. We also looked at brands that have products or services that are photogenic. And, we looked at a variety of verticals: Lifestyle, Food & Beverage, Sports, Fashion, Health.

Also Read: Zomato launches Piggybank, a loyalty programme that allows frequent users to save on every order

YS: How do these brands, many of which are startups, benefit from associating with Brandie?

Brands benefit in multiple ways. They get more user-generated content, and are able to reward loyal customers in a scalable way. They will be able to understand how their community communicates within itself. They can reduce their marketing costs by leveraging strong communities. They also stand to learn from data insights, which was not available so far.

YS: On the consumer-side, what are the rewards being offered and how frequently? Why would users want to sign up on Brandie?

Founders: The rewards are created and offered by each individual brand. We have currently set reward types: Giveaways, Event Invitations, Limited Editions and Exclusive Offers. From our early data, we have observed that the average user collects about two rewards in a month. Most brands update their rewards every month, some even more frequently. The T&Cs are set by the brands independently and are stated clearly for each reward.

YS: Describe the framework you have built. How do you recognise content and match it to the respective brand? What tools are being used?

Founders: We have built a programme where users earn points for every photo they share, and by doing so they increase their rank. Higher ranks invite more attractive rewards. After the photo is shared, it receives a score. The more relevant the photo is to a brand, the more points are awarded. Each brand prompts users with custom stickers and pre-defined hashtags that can be included at the time of sharing.

We have automated the photo-screening with the help of photo-recognition tools and machine learning. Some part of it is manual though mostly to ensure that the right rank is given to each photo. But, we will eventually adopt a fully automated model.

YS: How has the journey been so far? How many users do you have and what is the number of rewards claimed on the platform till date?

Founders: We’ve just started in India, but we’re already seeing great traction even though we’re limiting the number of users who can join brand programmes. This controlled growth is to ensure quality. The memberships are currently invite-only, but users who haven’t received an invite can apply for a brand programme directly through the app.

Overall, our platform has over 5,000 micro-influencers. More than 6,000 rewards have been claimed and over 15,000 photos shared, and these photos have generated over 4 million impressions and 400,000 interactions.

YS: How do you plan to expand your brand partnerships in India?

Founders: We have about 10 launch partners in India. However, the response from other brands since we went live has been tremendous and the inbound traffic of new brands requesting to join Brandie has been overwhelming. So, we do have quite an extensive backlog of brands. In the coming months you will be seeing some of our international partners, from both the US and Europe, joining the Brandie platform in India. Some of them already have a presence in the Indian market, and a few are about to launch.

YS: What is your revenue model? Do you make money per transaction or forge long-term brand partnerships?

Founders: Brandie is a tool for both users and brands, so we make sure it’s a win-win situation for both parties. For users, the platform is completely free. For brands, there is a fixed platform licence fee as well as a variable marketing fee.

YS: What are your expectations from the Indian market? How many users and brand partnerships are you looking at by 2020?

Founders: Brandie is the first tool introducing the concept of crowd marketing in India. It is a platform for brands to engage with loyal customers and fans, and not discount hunters. Therefore, the growth of users is not the main KPI for us. It will be determined by each brand how many members they would like to invite on their social media loyalty programme.

But, we do see a great product-market fit in India, where customers are not afraid to communicate and spread the word about brands they love. India is also a very large market just by the sheer number of smartphone and social media users. It is equal to the population of Europe and the US put together. So, our expectations are high.

YS: Any potential collaborations with startups here, given some of them are already rolling out exclusive benefits to paying users – SWIGGY Super, for instance?

Founders: The startup community in India is something we really want to engage with. Our tool is a perfect fit for entrepreneur-driven companies. Brandie will work perfectly for startups and activate their communities, help them to do meaningful marketing without having to waste a large amount of money on traditional marketing channels.

We can't disclose anything yet, but we're in close discussions with Startup India on how to make Brandie available for startups.

YS: Lastly, how easy or difficult is it to build a customer loyalty programme in today’s world where there is just so much choice in everything?

Founders: It can be a challenge, especially for brands that haven’t been putting their customers in focus before. When we created Brandie, we didn’t want to invent a new behaviour; we wanted to reward an existing behaviour - people already endorse their favourite brands on social media.

So, the problem we solved was - today, only the top 1 percent of social media users see any kickbacks from brands or sponsors, while the remaining 99 percent does it purely out of passion. But, we believe that every voice has a value, and therefore we want to help brands connect and reward these true ambassadors, aka micro-influencers, since they are also doing an amazing job.

We see Brandie working really well for brands in Europe and the US. We hope to see same results here in India.