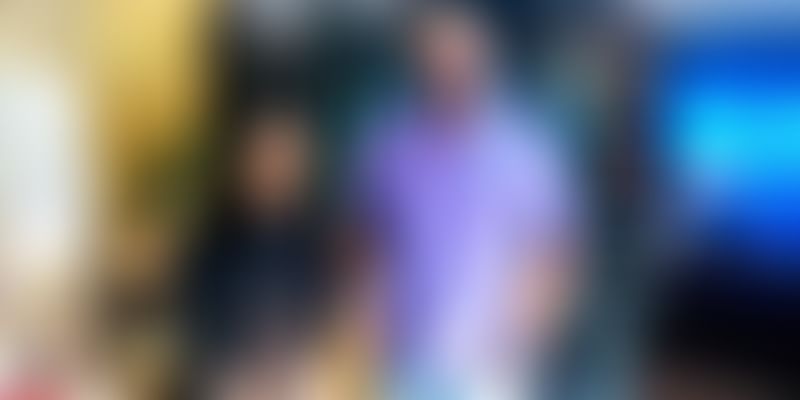 Online shopping is fun, fast and convenient but how many times have you added something to your cart only to second guess yourself and remove it? Even though you want to hit that “Buy now” button, you want to make sure it fits and looks good on you.

Well, now you can. Meet Lyflike, an app that creates realistic, walkabout 3D avatars that look, measure, and move like you. All you need to do is upload three photos. Developed by BigThinx, a startup by Shivang Desai and Chandralika Hazarika, Lyflike uses artificial intelligence (AI) to build these avatars that can instantly ‘try on’ any clothing, from any picture.

You just have to feed the picture of the product into the app and it will replicate it and show how you would look in it, on the basis of your body type. That’s not all. It can also show you where you can buy the product or find something similar online.

“In short, it’s a shopping companion in your pocket, which you can help you find your perfect style,” says Shivang.

Also read: The 10 computer vision startups you need to watch out for

In 2014, Chandralika was working for a large MNC when Shivang sold his previous startup in the US and returned to India. The two college friends reconnected after eight years. After working on several projects together, the duo founded BigThinx in late 2018.

Shivang says the two had been toying with game avatars and virtual reality for a while before they decided to use it to solve online shopping pain points. The idea was to be able to try on any clothing, no matter where you are. Once you register on the app, you need to create an avatar by taking a selfie to generate your face and a body shot to grab measurements.

Once the avatar is generated, you can control its movements, and dress up by recreating outfits using images and a virtual closet.

“If they choose to recreate from an image, they can upload a picture from their gallery, take a picture using the in-app camera, paste a URL, or share directly into Lyflike from another shopping app such as Amazon,” says Shivang.

The app identifies the type of outfit in an image, the texture of each item, and recreates it to be ‘tried on’ by the avatar. It also displays sizes based on your measurements and lets you play around with different fabrics to experiment.

You can also design unique outfits by picking from extensive libraries with different garments, cuts, patterns, graphics, and fabrics. You can also view similar products online by clicking on suggested links that will lead to the respective product pages on partner ecommerce websites.

Apart from clothing, users can choose to dress their avatars and test looks for any occasion by mixing and matching footwear, accessories, and hairstyles. A switchable 360-degree background environment allows you to visualise yourself in different places to test looks for occasion-appropriateness.

“For added realism, users can also experience this entire process in virtual reality where they dress their life size avatars. A final, entertaining feature is that users can instantly create animated GIFs of their avatars to use on social media.”

AI in retail is a growing trend. Sequoia-backed Mad Street Den built an AI stack Vue.ai for retailers. Then, there is Streamoid, which has been helping the fashion-conscious intelligently navigate their way through multiple buying options.

Shivang believes the primary reason for this is the add layer of gamification.

“When we first broached this idea, everyone told us it couldn’t be done. Some even suggested we should focus on replicating products that have been successful abroad by tweaking them to an Indian context. These comments came from investors, techies and businesspeople,” he says.

The company is still pre-revenue and is exploring several potential revenue streams including retail partnerships, entertainment, and media. The free Android version of the Lyflike app was released at the end of February, and has seen over 500 organic installs without any marketing. The founders claim these are a result of word of mouth reviews and personal interest in the app’s capabilities.

While the interest in the Indian market is yet to be realised, the concept is popular in Silicon Valley. BodyLabs, an AI-based anatomical inference company, was acquired by Amazon for a reported $70 million or more (undisclosed) few months after they went live.

BigThinx is angel funded by media industry veteran Pradeep Guha, CEO of 9X Media, who is also a partner-mentor to the founding team. He has served as a Venture Advisor at Nexus India Capital.

Shivang says, “The biggest difference between us and our competitors – firms using avatars to show online clothing – is the level of personalisation, and using AI to create clothes, which reduces costs dramatically.”

He finishes by saying that they are looking to launch Lyflike across global markets including the US, UK, Canada, Australia, Germany, Japan, and South Korea. The duo also has additional product lines planned by leveraging these avatars for use in media, gaming, fitness, and health.

Also read: 14 Hyderabad-based deep tech startups to watch out for this year