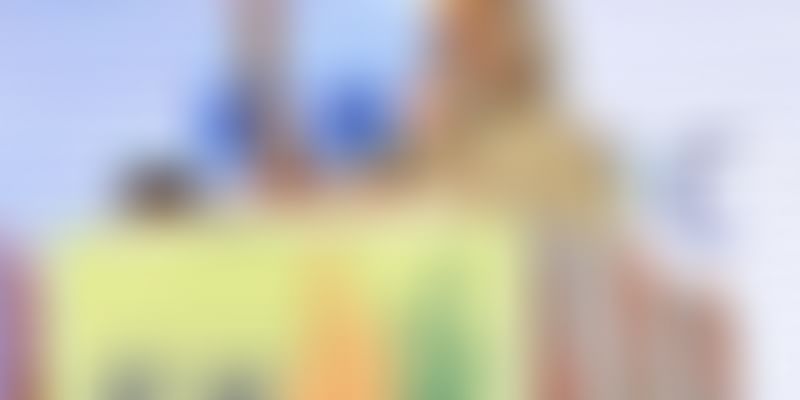 While the BJP has set up a Seed Startup Fund, and will provide collateral-free credit for entrepreneurs, as well as promote women entrepreneurs, the Congress has said it will abolish Angel Tax and allocate funds to promote science, technology, and innovation.

The first phase of General Elections in the country has kickstarted. And as people vote to decide the fate of the country – both the ruling party Bharatiya Janata Party (BJP) as well as the Opposition party Indian National Congress (INC) have touched upon the cause of startups and technology in their election manifesto.

With both the parties releasing their manifestos earlier this month, here’s a look at what two of India’s biggest political parties are offering for startups and technology advancement in the country.

The BJP, which calls its manifesto ‘Sankalp Patra’ (pledge document), said that it will continue to create opportunities for India’s youth.

Under the section that addressed upon creating opportunities for India’s youth, the BJP said it will continue to promote and encourage startups through the creation of a ‘Seed Startup Fund’ of Rs 20,000 crore.

The ruling political party has also promised that it will launch a new scheme to provide collateral-free credit of up to Rs 50 lakh for entrepreneurs.

Further, the party also promised that it will set-up a new 'Entrepreneurial Northeast' scheme to provide financial support to the Micro, Small, and Medium Enterprises (MSMEs), which will act as an employment generation opportunity in the Northeastern states.

According to the document, more than 17 crore entrepreneurs have availed loans under the Pradhan Mantri Mudra Yojana, and the BJP expects to expand this initiative to take the total number of beneficiaries of Mudra loans to up to Rs 30 crore.

On the other hand, though the Congress hasn’t made big promises on the funding side. However, it has said it will allocate sufficient funds to promote science, technology, and innovation in the country.

Congress has also promised to enhance the India Inclusive Innovation Fund to provide funds to innovative enterprises to scale-up and expand their operations, as well as engage with persons at the bottom of the economic pyramid in order to promote innovation at the grassroots.

However, the BJP steered clear of addressing the issue of Angel Tax.

Earlier, in December, it was reported that a group of more than 80 startups gave a formal submission to the government and Prime Minister Narendra Modi, seeking an abolition of Angel Tax.

However, the Congress, in its manifesto, has said that it will abolish Angel Tax. Just last month, it had organised a session called ‘Conversations with Entrepreneurs’ with its party president Rahul Gandhi in Bengaluru, where he proclaimed that his government will ensure the abolishment of Angel Tax.

The Congress manifesto says, “The Angel Tax imposed on Startups will be withdrawn completely. We will make India an innovation hub.”

Also read: ‘Hold me to it. We will abolish Angel Tax,’ says Rahul Gandhi at an interaction with entrepreneurs in Bengaluru

Setting up infrastructure for technology and startups

In its manifesto, the BJP has said that it is aiming to facilitate the establishment of 50,000 new startups in the ecosystem by 2024, through the creation of 100 innovation zones in urban local bodies.

It has also promised to set up close to 500 new incubators and accelerators by 2024, and will initiate rankings of central ministries, departments, state governments, and CPSUs for their increased engagement with startups.

Under the ‘Stand up India’ initiative, the BJP also wants to support entrepreneurial ventures started by individuals from Scheduled Castes, Scheduled Tribes, Other Backward Communities, or economically weaker sections, it said in its manifesto.

In January 2016, as a part of the Startup India action plan, Prime Minister Narendra Modi had announced a credit guarantee fund with a corpus of Rs 10,000 crore to provide funding opportunities to startups in the country.

On the other end, the Congress, in its manifesto, has promised to set up a National Data Science Institute with adequate funding and human resources to train and produce world-class Data Scientists.

The Opposition party has said it will establish a National Mission focused on sunrise technologies such as Big Data, Machine Learning, Internet of Things, 3-D Printing and Manufacturing, and Knowledge Networks.

The Congress has also promised to revitalise the National Innovation Council, and make it the premier body to formulate, debate, analyse, and implement strategies for innovation for the deployment of innovative technologies in different areas.

Also read: BJP manifesto 2019: Accident insurance of Rs 10 lakh to all the traders registered under GST

The Congress has stated it endeavours to bring every Fortune 500 company to set up a business in India, along with encouraging and incentivising starting of new businesses.

In its manifesto, the party said,

“Foreign Direct Investment (FDI) plays a crucial part in development. FDI will be welcomed in all sectors, subject to exceptions on the grounds of national security. Rules and regulations will be minimal. FDI will be accorded national treatment and there will be a level-playing field for foreign and domestic investors. There will be no expropriation and no retrospective taxation.”

While addressing FDI, BJP said more than 90 percent FDI approvals are now through the automatic route. FDI has grown by almost 50 percent in the last five years. Similarly, implementation of One Nation, One Tax through GST has brought all businesses under a single tax net.

In the past, eKYC has been a big hurdle for the fintech ecosystem in India.

However, the Congress has addressed the issue and said that it will work with the RBI to simplify the KYC process, avoid repetitive verification, and use a wider range of documents for the purpose.

Addressing the Non Banking Finance Companies (NBFCs), the Congress manifesto said, “We are concerned by the recent failure of some NBFCs that has affected the bond market, mutual funds, and the flow of credit. Congress promises to review and strengthen the regulatory regime of NBFCs in order to prevent such failures and to restore investor confidence.”

The BJP has also taken the cause of urban mobility, and in its manifesto, the ruling party has promised the following under its mobility initiatives. It will launch a National Urban Mobility Mission to provide technology-based urban mobility solutions to all urban local bodies, and increase the use of public transport, while enhancing walkability and cycle use.

Under this mission, the BJP plans to incentivise cities to integrate public transport systems such as metro trains, local trains, and buses with private bus operators, private taxi operators, auto-rickshaws, e-rickshaw services, pedestrian, and cycling infrastructure for a seamless and smooth last-mile connectivity.

The BJP is also planning to promote a common mobility card and ticketing across different modes of transport.

The ruling party added that it was committed to using technology in classrooms and in imparting education, and will provide smart classes to students.