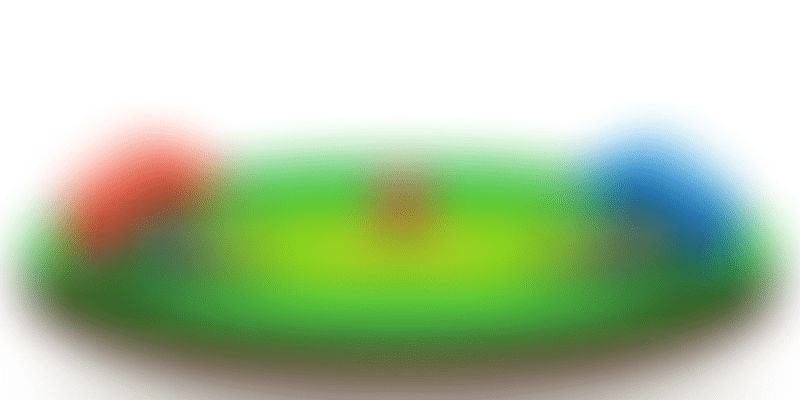 More and more Indians, even from the remotest areas of the country, are jumping onto the fantasy gaming bandwagon. Some use it to connect with their friends, while others are doing it to bond with their colleagues.

In India, cricket is no less than a religion. It’s a national phenomenon that has managed to linger for decades. The gentleman’s game is undeniably the most celebrated sport here, bringing together millions from all walks of life.

While India has always been a sports-crazed nation, the enthusiasm around cricket is unmatched. This overwhelming obsession, coupled with increased smartphone penetration, has fueled the exceptional progress of India’s online gaming industry.

According to a recent report jointly released by KPMG and the Indian Federation of Sports Gaming (IFSG), the online gaming market in India is estimated to generate Rs 11,900 crore by 2023. Another report from NASSCOM projects that the domestic mobile gaming industry will be worth $1.1 billion by 2020, with 628 million active users across the country. Quite evidently, the e-gaming industry is all set to grow exponentially in the years to come.

The newfound popularity of fantasy sports leagues in India: a billion dollar industry

These numbers are proof enough to say that fantasy sports gaming is the next big thing for the online gaming industry in India. While non-cricket fantasy sports like football and kabaddi are also gaining traction, the fantasy gaming space is dominated by cricket just like the real world.

Now, the question is, what makes fantasy cricket such a huge hit among people. Apart from the obvious reasons like India’s affinity towards cricket and the ongoing IPL season, the mushrooming of fantasy cricket leagues indicates that multiple factors have contributed towards the growth of this trend. Fantasy cricket offers a sense of control, higher engagement, and most importantly, the chance to win handsome rewards.

And, with a court (Punjab and Haryana High Court) ruling in 2017 that stated money acquired from a fantasy sports platform is legal, more and more Indians are trying their luck in fantasy cricket. Further, the Supreme Court’s decision to declare rummy as a game of skill in 2015 also came as good news. In most Indian states (barring Assam, Odisha and Telangana), skill-based fantasy gaming is completely legal. A welcome relief for companies in this space, as legal clarity has paved the way for India to become the new fantasy gaming hub.

Active participation in the game and direct involvement

Besides providing entertainment, fantasy leagues have enabled sports enthusiasts to participate in the game, where they can make active decisions. In fact, nearly 50 percent respondents in the KPMG-IFSG report listed ‘the ability to manage teams virtually’ as a top reason for playing fantasy games. In fantasy cricket, for example, participants can create a virtual team with 11 players. They will start earning rewards if the chosen players perform well in real-life matches. Unlike gambling, fantasy sports is skill-based as it calls for in-depth expertise about the game.

Drawing interest from all parts of India

Online gaming, up until a decade ago, was limited to those in large metropolitans. Today, however, the scenario has changed drastically. Several studies have shown that the number of gamers in Tier-II cities in India has increased in the past few years.

With rising smartphone usage and easy access to the internet, the fantasy gaming industry has experienced unprecedented interest from small towns and rural areas. Even users from the remotest areas of India have begun participating in skill-based fantasy sports leagues to win some quick money from the comfort of their homes.

A community of like-minded individuals

Millennials (18-35-year-olds) often find it inconvenient to take out time off from their hectic schedules and make plans with friends. Fantasy sports leagues allow them to keep in touch with their old friends over a game of cricket or football. For many, it is also a great way to bond with their colleagues.

The fantasy sports segment, although at a nascent stage, has already started to disrupt the online gaming industry in India. With companies coming up with new innovations to enhance the overall experience, it won’t be long before fantasy gaming takes over the entire nation.