Why L&T’s hostile takeover bid for Mindtree is not good for shareholders, Krishnakumar Natarajan tells YourStory 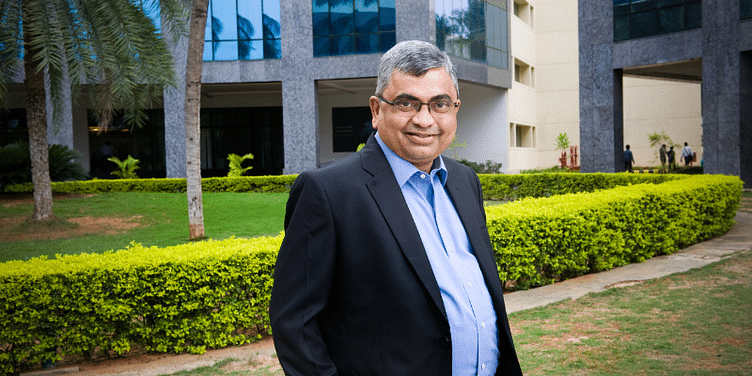 In an exclusive interaction with YourStory’s Shradha Sharma, Mindtree Executive Chairman Krishnakumar Natarajan talks about the winning culture of the Indian software services company and why L&T’s hostile takeover bid is not good for shareholders.

In the history of mergers and acquisitions in India, hostile takeover bids have been few and far between, but there’ve been none so far in the Indian IT services sector. This makes engineering major Larsen and Toubro's (L&T) unsolicited takeover bid for software services provider Mindtree Ltd – billed as the first such instance in the IT sector – the centre of much heated debate.

Mindtree has rejected L&T’s hostile takeover bid, saying the deal will not create value for the shareholders of the company. In an exclusive conversation with YourStory Founder and CEO Shradha Sharma, Mindtree Executive Chairman Krishnakumar (KK) Natarajan addresses this concern, detailing why L&T’s hostile takeover bid is not good for both L&T and Mindtree shareholders.

“We believe that this move of L&T is not good both for their shareholders and as well as our shareholders,” says KK.

“To a large extent, we’re in a phase of the company, where we saw the whole digital transformation unfolding and made early investments there. Those investments are starting to give returns now, which will continue in the next few years. So at this juncture, if there is an external situation that any external intervention that disturbs the current ‘equilibrium’, our shareholders would start to lose.”

L&T has adopted a three-pronged approach in its bid to acquire a controlling stake of 66.15 percent in Mindtree for around Rs. 10,700 crore: 1) it agreed to buy the 20.30 percent stake owned by Café Coffee Day Founder VG Siddhartha, Mindtree’s largest stakeholder; 2) it placed an order with brokers to buy an additional 15 percent stake from the open market, and; 3) on May 14, it will launch its open offer for another 31 percent stake.

KK also spoke at length about the unique balance of high performance and winning culture that Mindtree has built over the last 20 years, as well as the impeccable level of integrity and governance that the company is known for.

“In the process, we have also generated significant value for all our stakeholders – be it our shareholders, our ecosystem, or our partners,” he says.

“The company has delivered great value to stakeholders and built a certain unique culture. (We) have some secret sauce that is working. So, any external intervention that takes away any piece of that will in turn result in not such great value being delivered for our shareholders,” says KK.

Startups: the lifeline of the business ecosystem

As an entrepreneur who took his company to great heights with the ten founders, KK also talks about startups being the lifeline of the business ecosystem and shares his tips on how entrepreneurs should protect their interest, including choosing investors carefully.

“You should choose somebody who you’re comfortable with, believes in your vision, and wants to work with you. Because business is all about ups and down; you will never be in a smooth curve just going up. So, you need investors who say, ‘it’s not going well now, so how do I help the entrepreneurs?’”

With mergers and acquisitions poised to be a key cornerstone in the start-up economy, KK also shares some of the best practices that must be taken care of in such transactions.