Lyft and Uber IPOs make us wonder: when will Indian unicorns go public? 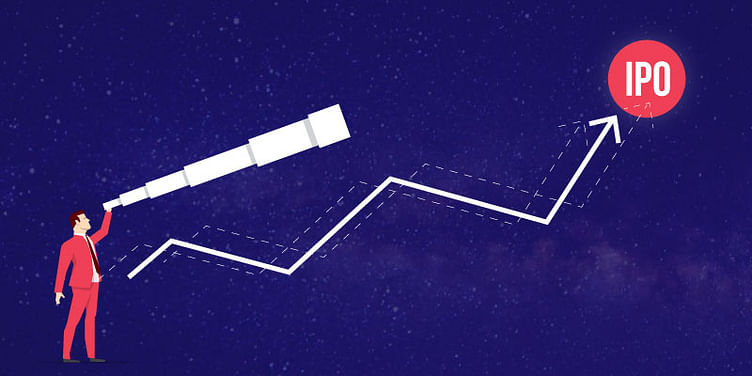 The dream of an initial public offering (IPO) by Indian unicorns remains distant as lack of depth in the capital markets and inflexible regulations hinder their aspirations.

Three tech unicorns in the US went public this month. Ride hailing app and Uber rival Lyft, social media platform Pinterest, and video conferencing tech firm Zoom successfully debuted on the US stock markets. Several others are all set to go public: Uber, which plans to raise $10 billion at a valuation in the range of $90-100 billion, along with accommodation aggregator Airbnb and co-working/real estate player WeWork.

India has 20-odd unicorns, yet none of them are looking at an IPO this year. That’s not to say they are not ambitious. But the inadequate depth in India’s capital markets, coupled with a lack of clarity in listing-related regulations, has put their IPO aspirations on the backburner.

After all, it took a Walmart – the world’s largest retailer - to acquire India’s most valued startup, Flipkart. Many believe this was because no Indian corporate had the wherewithal to buy out a company that size. Going public was not an option, given that it was making losses.

Also read: How new SEBI guidelines will make the IPO dream a reality for startups

As Siddarth Pai, CFO, 3one4 Capital, says, “India requires to build its own kind of NASDAQ.” The New York-based stock exchange that Siddarth is referring to was started with the primary aim of encouraging technology companies to list on its platform. Today, it is the second-largest stock exchange in the world by market capitalisation and lists over 3,300 companies.

Siddarth believes that India too needs a similar platform where tech and tech-enabled companies can look to list and where investors are aware of the multiples of these firms and the growth trajectory.

India’s capital markets lack the depth or the capital to handle such disruptive tech-enabled companies.

V Balakrishnan, chairman, Exfinity Ventures, says, “The US markets clearly understand technology disruption, and are in a better position to value companies based on future impact rather current financials. Companies making losses or sustained losses are valued better in the US because they look at future disruption.”

He further adds that Indian capital market is also not mature enough to understand the technology disruption of unicorns as it are more focused on factors like sustained profitability or cashflows.

What’s the holdup in India?

India has two main stock exchanges – the BSE and the National Stock Exchange (NSE) – which have tried to make it feasible (and attractive) for startups to list on their platforms. The idea is to have a separate platform where "emerging companies", as they are often called, can be traded. This is also because their current financials and other requirements will not qualify them to list on the main bourse.

Since then, the Securities Exchange Board of India (SEBI) has unveiled new measures to encourage startups to list on local stock exchanges through a platform called Innovators Growth Platform (IGP).

Nakul Saxena, Director, Public Policy, iSPIRT, says, “IGP is a good platform for startups to list, and it will also act as a conduit for them to move on to the main bourse. However, awareness about IGP is still low among startups, and there is a need to educate them about this avenue.”

iSPIRT has been actively engaged with SEBI for the last four years to ease listing norms that will enable startups to go ahead with their IPO plans.

Also read: Building up to an IPO – Critical considerations at the planning stage

In fact, at one point in time when the valuations of Indian unicorns were skyrocketing, several were contemplating an overseas listing, but faced a roadblock. Current regulations state that a company that has its headquarters in India cannot directly look for an overseas listing unless it is first traded in the domestic market.

However, Nakul believes that IGP is a sweet spot for companies that have received funding at the Series A or B stage and are looking for growth capital. “This is a complete package for startups, investors, and employees,” he says.

Though the IGP is yet to be operationalised in terms of companies listing on this platform, industry observers believe that it has several shortcomings that might hinder startups from taking the IPO route.

Firstly, there is the threshold limit of paid up-capital of Rs 25 crore and revenues up to Rs 100 crore. This would limit the participation of the Indian unicorns as they are bigger in size than what has been proposed.

More importantly, the IGP in its current form does not allow for wider participation of investors. On their part, the exchanges have argued that it is important to protect retail investors from the higher risk associated with investing in companies that are yet to generate profits.

For example, the shares of Lyft declined by nearly 20 percent after its biggest rival Uber announced its plans to go public, reflecting the highly competitive scenario among listed unicorns.

At the same time, many have argued that small investors can be protected in such high-risk investments by limiting their exposure or raising the threshold for investing in such an IPO.

And then there is the matter of prestige and liquidity associated with listing on the main bourse. “Many startups would like to graduate themselves to the main bourse of the stock exchanges, but there is no clarity on how this can be achieved,” points out Siddarth.

Today, India’s tech unicorns have garnered considerable attention from across the country (and beyond). They also enjoy a groundswell of support from retail investors who would like to be part of this story.

However, given the restrictions and still-evolving regulations, it may be some time before we see more startups going public.

Until then, there is only one commonality between the unicorns based in India and the ones that listed recently in US: all of them are still in the growth phase with considerable losses on their balance sheets. None have generated profits.

Now that’s a yardstick that can be used to test the risk appetite of the Indian investors. Patience, anyone?