Bike rental startup ONN Bikes is now revving up for its next big ride: electric vehicles 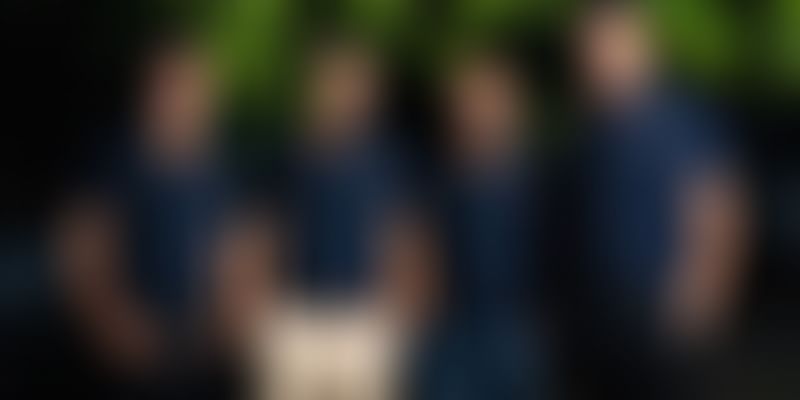 Mumbai- and Bengaluru-based ONN Bikes, which has close to 3,500 bikes in nine cities, is now all set to zoom into the EV market in India, calling it a logical next step for the startup.

While taking in the sun and sea on a beach vacation in 2015, PwC consultant Namit Jain wondered why other cities in India could not rent out bikes if Goa could do it so easily.

Back in Mumbai after his holiday, Namit caught up with friend Shanky Munoth, and they teamed up to launch bike rental company ONN Bikes after extensive research. They were soon joined by Akashdeep Singhal, Kunal Gupta, and Shobit Saxena.

Today, Mumbai and Bengaluru-based ONN Bikes has close to 3,500 bikes in nine cities, and employs 130 people. Its annual revenue is close to Rs 7 crore, and with a burn of Rs 1.3 crore they are yet to break even, but post the best unit economics in the mobility industry. ONN Bikes also has a B2B practice, and counts Ola and Uber among its first few clients.

One might take a look at their journey so far and say the road ahead is predictable - chasing more growth and expansion. But the folks at ONN Bikes want to step up the game with their next move.

Namit, Shanky, and the team at ONN Bikes are now ready to launch an electric vehicle strategy - a logical step, they claim, for all bike rentals companies.

“While we were among the best performing companies in terms of unit economics, we realised that petrol vehicles would not make money for us, or the industry, in the long run, thanks to maintenance costs. We decided to keep the existing set of bikes running, and decided to flip our story towards electric vehicles,” says Namit.

If you take a trip to Pune, you’ll see ONN Bikes’ experiments with electric bikes (cycles). And in this financial year, the company aims to launch close to 1,000 electric cycles in Pune. They have already partnered with a bike manufacturer in Gujarat, as well as a company that sets up charging infrastructure.

ONN Bikes has so far raised $3 million in debt, and $1.2 million from ZNation Labs and Grace Capital, and Namit says the team is now on the lookout for fresh funding to expand the idea of using electric bikes across the country. The cost to run an electric two-wheeler is under 50 paise per km. In comparison, it costs more than Re 1 to run a petrol vehicle. Add to that the maintenance costs, and the costs keep piling up.

“We are strengthening our tech to ensure our assets on ground are secure, active, and utilised optimally. In addition, we are also partnering with established organisations in the field of renewable energy, and they are assisting us in creating the required charging infrastructure at our master hubs, which is very essential in scaling this business,” says Namit.

Namit says this is the company’s plan for the next 18 months, and a new fundraise would elevate ONN Bikes as one of the clear challengers in the two-wheeler mobility space.

Before the company became a five-member founding team, Namit and Shanky had researched mobility solutions in more than 15 cities over a period of eight months. “Our findings showed that the Indian transport market has a huge gap when it comes to affordable, reliable and hassle-free mode of commute, both intra- as well as inter-city. The existing modes available at the time were either dispersed or expensive or over-burdened. There was a definite gap in the micro-mobility sector and ONN Bikes began to fill that gap,” says Namit.

ALSO READ: From being written off to coming back with 16 patents in electric vehicles, here’s the story of GoGreenBOV

Competition, challenges, and the present market

There are several contenders in the bike rental space. While Bounce (formerly Metro Bikes) has dockless scooter rentals, Ola-funded Vogo scooter can be rented based on an OTP. The vehicles have to be picked up from designated parking zones, and can only be dropped off at designated parking zones. Voga is exploring electric vehicles, and is piloting the same in Bengaluru.

Yulu and Mobycy – on the other hand – started with bicycles, and moved on to electric cycles. They, like ONN Bikes, are still in the process of establishing the right product-market fit, and are running pilots in various markets.

India needs its own customised solution when it comes to electric vehicles and their adoption, and cannot look to the Western or Chinese markets for precedents.

Talking specifically about the industry, he says around late 2018, many companies realised that petrol bikes would not make them money in the long run. Also, petrol bikes run for a minimum of Rs 5 per km for the end customer, but the cost of running the operation was well over Rs 15.

There, however, remain several challenges to business of mobility. Namit says once these are solved, the adoption of electric vehicles will become smoother in the country. The challenges include:

The EV ecosystem in India is just blossoming and will take time to mature and be in full bloom. And with companies like ONN Bikes drawing up an EV strategy, it goes to show that there is a clear business case for EV mobility solutions in India.

ALSO READ: How technology is strengthening the future of EVs in India