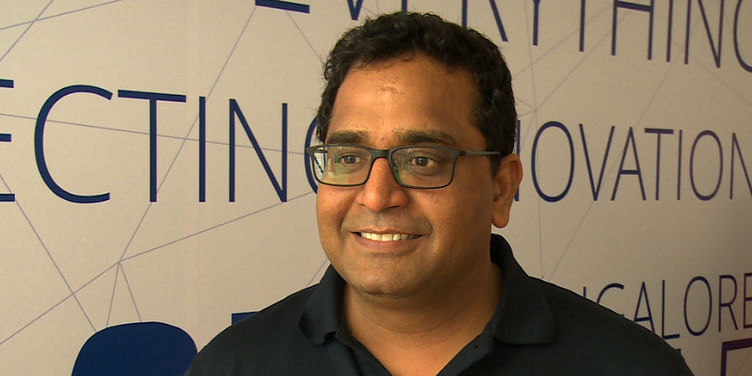 YourStory caught up with VSS on the sidelines of the India Internet Day summit where he delivered the keynote address. Here's what he had to say about India's startup ecosystem and Paytm's plans for overseas expansion.

Paytm Founder and CEO Vijay Shekhar Sharma believes that the Indian startup ecosystem is a far more exciting place to be than Silicon Valley, the tech and startup capital of the US.

“I honestly don’t find Silicon Valley exciting anymore. I think the excitement is a lot more in this country and in Asia. Silicon Valley companies are learning from startups in this part of the world, which is also one of the reasons that these companies are far more exciting,” Vijay told YourStory on the sidelines of entrepreneurial networking summit, India Internet Day 2019 organised by TiE.

However, the Paytm boss did concede that since Silicon Valley has “access to capital and talent at a bigger and better scale”, the likelihood of startups succeeding there is still higher than anywhere else. But the competition too is stiffer there, he added.

When it comes to the excitement quotient, though, India is definitely the place to be in right now, Vijay reiterated.

Speaking about the plans of the online payment services brand, the 40-year old billionaire entrepreneur said that over the next five years, Paytm would definitely expand its footprint across the globe. Outside India, Paytm currently has operations in Japan and Canada.

“We are lucky to have Masa-san (Softbank CEO Masayoshi Son) and SoftBank partner with us for Japan. The business there has taken off very well. In six months, we have got six million users. The lesson Japan is teaching us is that we can go into another country and build there. There is also Canada, where we started (operations), and we plan to double down on our business there,” Vijay said.

In Canada, Paytm launched in 2017 and by late last year, it had become the most downloaded finance application on both Google Play Store and Apple's App Store.