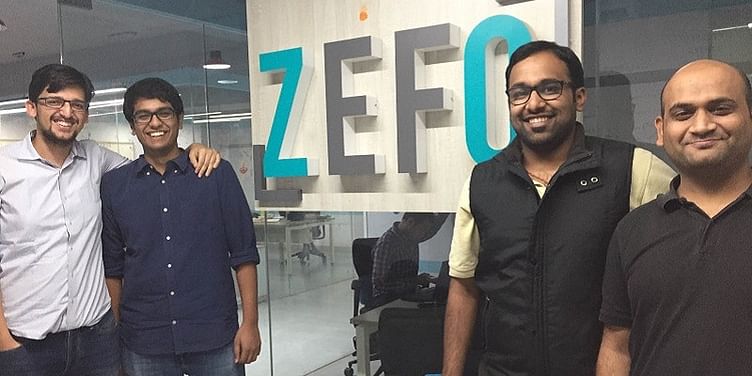 Quikr has a legacy of inorganic growth, having made 15 acquisitions, including Zefo. It acquired four companies in 2017 and more than six in 2016.

Online classifieds marketplace Quikr announced today that it acquired Bengaluru-based online marketplace Zefo to further scale its pre-owned goods and services vertical. The statement from Quikr did not reveal the terms of the acquisition.

“The acquisition of Zefo is in-line with the phenomenal consumer acceptance of the Assured products and services on our platform...Now, with Quikr and Zefo as a combined entity, we will be able to offer a broader selection of products at even more competitive prices along with as strong a focus on quality.”

“With this transaction, the capabilities we have built and the offerings we have honed can now be offered to Quikr’s large customer base.”

Also read: From getting thrown out of Facebook groups to making Rs 1 Cr per month: how Zefo survived its first year

The startup, which refurbishes and sells pre-owned furniture and appliances, had raised Rs 60 crore in Series B from existing investors Sequoia India, Beenext and Helion Ventures in October 2017. A year earlier, it had raised Rs 40 crore from the same investors. In three and a half years, Zefo managed to expand operations to four cities, offering 10,000+ unique products across four categories, including mobile phones.

This is Quikr's first acquisition in the pre-owned goods category, "in line with its overall strategy of going deeper into its key verticals", the company said in a statement, adding,

"The addition of Zefo makes Quikr the dominant leader in the market for quality-tested, refurbished products in India. As per estimates, the quality-tested pre-owned products market in India is expected to reach $12-15 billion in the year 2020, clearly showing the country’s appetite for pre-owned goods."

A legacy of acquisitions

The deal marked Quikr's second acquisition in five months. In December 2018, it acquired Chennai-based real-estate platform India Property Online without revealing the terms of the deal.

Quikr has a legacy of inorganic growth, having made 15 acquisitions, including Zefo. It acquired four companies in 2017 and more than six in 2016. These include real estate players Commonfloor, Grabhouse, HDFC Developers, and HDFC Realty, as well as jobs provider BabaJob and Hiree, among others.

Last year, Quikr had launched Quikr Assured products and services to offer a touch-and-feel experience to its consumers, especially in Tier-II and Tier-III cities. It had also launched franchised stores in Karnataka and Telangana. Quikr Assured pre-owned products are available in categories like furniture, electronics, and appliances. The company says products in the "Assured" category come with a full warranty and replacement guarantee, in addition to doorstep delivery.

Quikr claims this business line grew 230 percent year-on-year in the financial year ended March 2019. QuikrBazaar, it said, was the company's fourth vertical to turn cash flow positive. For the financial year that ended March 2018, its revenue nearly doubled to Rs 173 crore, according to filings with the Registrar of Companies (RoC). Losses narrowed to about Rs 233 crore from Rs 323 crore in FY 2017.

Quikr says it now operates leading transaction marketplaces built on top of India’s largest classifieds platform, and claims to have over 30 million unique users a month. It is present in 1,200 cities across India and operates classifieds businesses across C2C (consumer-to-consumer) including automobiles, education, homes, jobs, and services over its mobile app as well as a desktop site.

(This article has been updated to include a correction about the amount of funding raised by Quikr.)

Also read: How this Coimbatore-based cybersecurity firm caught the eye of Copenhagen's Zacco