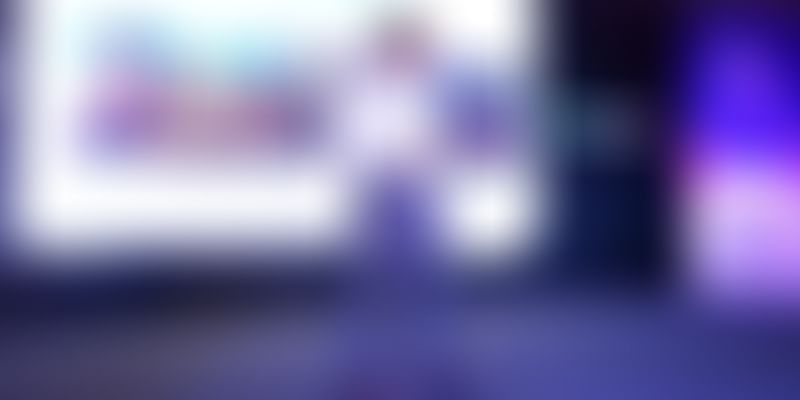 In two years, the founders of video hiring platform Interview Master notched up $300,000 in revenues, but could not find a way to scale the business. In a video interview with YourStory Business Editor Vishal Krishna, Sanjoe Jose explains how they built the business into Talview using deep tech.

In 2013, Subramanian K and Sanjoe Jose started Interview Master, a software company with the novel idea of using video to hire students. Small and mid-sized firms swiftly came on board because they saw the business value Interview Master offered: cutting down hiring time by e-meeting their candidate via video.

Unfortunately, things did not go quite as smoothly when the candidates went over to the office,  and they were often not hired after multiple rounds of interviews. Some were asked the same questions from the initial video round, or some others were made to wait for several days (sometimes months) to get a response from the hiring company.

So while Subramanian and Sanjoe had solved a gap by using the video medium for hiring, they could not scale. In two years, they reached $300,000 in revenues but realised the product was priced too low (at $10,000 per annum) for all the resources they were burning in the sales cycle.

In this video interview with YourStory, Sanjoe explains how they had to think fast and morph into a business whose value was bigger and better.

“We decided to rethink the entire strategy. We began to talk to C-suite leaders about what they would want from us. They gave us a very clear insight whether we could handle the entire onboarding process, which included talent acquisition, assessment, recruitment marketing, and talent management,” says Sanjoe.

Thus began the journey of Talview, which still championed the power of video in hiring, but this time, the founders have managed to craft a compelling business value that sealed the deal.

As the freshly rebranded entity called Talview, the founders flew to the US in early 2017 to pitch to the entire leadership team of a multi-billion dollar IT Services firm. The Talview founders quickly learnt that time was crucial for these agile companies, and they had a deal that could not be refused: bring down your hiring process to 15 days, and increase revenues (or save at least 20 percent of generated revenue per quarter).

Soon enough, they had a $125,000 contract, and Talview had arrived. Fast forward to two years, and the company now works with 30 large clients, and is on a $5 million ARR. Talview’s software-as-a-service (Saas)-based business model has now set them on a course of inching towards $20 million in two years.

Sixty percent of the company’s revenue comes from the US, and the Talview team has swelled to an impressive 75. The founders themselves are now relocating to America.

Also read: Software company Subex's journey from the brink of disaster to targeting $100 million in revenue

Talview uses deep tech liberally to enable its anytime-anywhere processes to hire. Employing machine learning (ML), it not just homes in on the right hire in a large pool of data but also ensures that it captures and reuses data across the hiring process.

There is also an artificial intelligence AI-enabled video interviewing platform along with cognitive remote proctoring and advanced assessment solutions.

“We leverage the best in class natural language processing (NLP), ML, computer vision, and video analytics capabilities. But let me tell you that the organisations are now getting ready for the gig economy and want to bring down hiring to hours,” says Sanjoe.

By 2030, the UN projects that 4.9 billion people will be urban dwellers and, by 2050, the world’s urban population will have increased by some 72 percent. Already, many of the largest cities have GDPs larger than mid-size countries. In this new world, cities will become important agents for job creation.

According to a PriceWaterhouseCoopers report called Workforce of the Future, there will be near-zero employee organisations as the norm in a decade. “Organisations of a few pivotal people use technology, the supply chain and intellectual property, rather than human effort and physical assets, to generate value.

The commercial value of learning takes precedence, and a university degree is seen as less valuable than specific and relevant skills or experience. Workers know that the most sought-after skills will mean the biggest reward package. Many move frequently and stay only as long as the project or business lasts. Contract negotiations are key and ownership of intellectual property and the freedom to work are as important as financial incentives,” the report states.

Well that’s the future which Talview is getting ready for. “People have to get used to shorter tenure of work,” says Sanjoe.

Talview has raised $1.25 million from Emergent Ventures and a clutch of others in total.

According to Grandview Research the global human resource management market size is projected to attain $30 billion by 2025, with a 10.4 percent CAGR during the forecast period. Increasing need for managing widespread workforce and growing demand for replacing legacy systems with improved human capital management platforms are anticipated to fuel market growth.

Technological proliferation in the field of big data analytics, ML, AI, and IoT is expected to positively impact the market for Human Resource Management (HRM).

Sanjoe believes that the adoption of such technology on a large scale is happening in the US and thereby moving there makes business sense for Talview. “We are now set as a product and will scale globally. Our stint at the Microsoft Accelerator has given us access to jointly go to market with Microsoft,” he adds.

Talview is following a host of SaaS companies that are going the large enterprise route. Obviously inspired by Salesforce and Zendesk, today the company’s pricing is able to cover its cost of sales and has allowed them to plough back margins into the future of hiring, which is AI-based hiring.