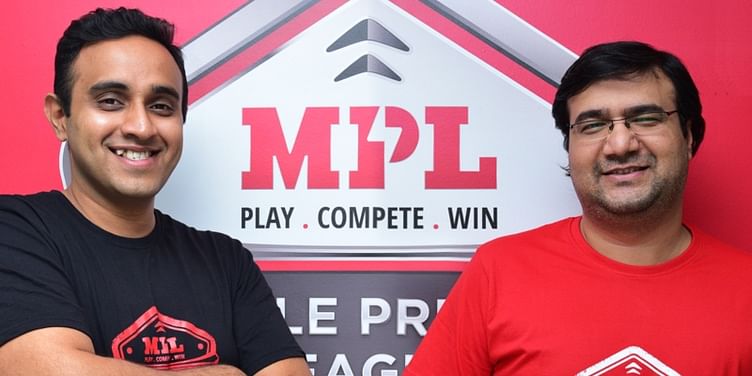 The Series A funding round also saw participation from existing investors RTP Global, Beenext, Base Venture, and Venture Highway.

Bengaluru-based e-sports startup Mobile Premier League (MPL) has raised $35.5 million in its Series A funding round, led by Sequoia India, Times Internet, and GoVentures. Existing investors RTP Global, Beenext, Base Venture, and Venture Highway too participated in this round. The funds will be used primarily for product and user growth.

Last year, the company had raised $5 million led by Sequoia India. The total funding raised by the startup now stands at $40.5 million.

“We want to focus on distribution. Our goal is to provide multiple games and formats so that whenever users come to our platform, they can get all forms of competitive gaming on one platform,” said Sai Srinivas Kiran G, Co-founder and CEO, Mobile Premier League.

Growth in the platform

The CEO said the team wants to build India’s largest mobile e-sports platform accessible to all. Founded last September by Sai and Shubham Malhotra, MPL is an app-based platform that allows fans to compete in skill-based sports and win real rewards. Prior to this, the duo founded Creo, which was acqui-hired by Hike in 2017.

In seven-eight months, MPL has already notched up 10 million users, and is being called the country’s fastest-growing e-sports platform. It is the number one app in the ‘Casual’ category of Google Play Store in India. With 25 million installs already, it is also the fastest growing app in the country.

Sai believes that like everything else, competitive gaming in India will be mobile first, and MPL wants to be the platform of choice. The startup added that a large part of the platform’s success is due to its engaging and social gaming content.

Sai believes there are different macro factors as well that has led to the growth. He said, “One needs three things for this to work - a cheap handset, extremely cheap data, and accessible modes of payment. All these factors have come together only in the past two years. While India has had modes of payment like cash on delivery and credit cards, but these weren’t viable options for small ticket transactions. This has now changed.”

What has also helped is a growing appetite for consuming content online. Sai explains that the lifecycle of content consumption has audio, video, and games, which is basically an interactive video.

“The best part of games is that it is the only form of content that doesn’t have language and that makes it even more engaging. We believe that in the next three to four years, gaming is going to explode,” he added.

“Sequoia India is very happy to back Sai and Shubham a second time and believes solidly in their vision of creating the largest e-sports platform for India and other emerging markets. We’re thrilled with the early progress at MPL. With their industry leading growth and engagement metrics, MPL has the potential to become a major mobile internet company in India.”

Just ahead of IPL 2019, MPL roped in Team India captain Virat Kohli as its brand ambassador in a deal reportedly valued at Rs 12 crore. Miten Sampat, VP-Corporate Development of Times Internet, said MPL had captured the imagination of gamers on smartphones like no other.

“Skill-based competitive casual games are highly engaging social experiences, and we believe MPL will be a leader in this category globally,” he added.

Samir Sood, Founder of Venture Highway, said, “In a short timeframe, MPL has shown tremendous growth, capturing a sizeable chunk of this market. We are excited to partner with MPL in its vision of becoming the go-to-platform for mobile gamers, not just across the country, but beyond.”

From a handful of companies until a few years ago, there are an estimated 60 fantasy sports platforms in India at present. Capital is pouring in, including from prominent international VCs. And, India got its first gaming unicorn this year - Dream11 - the Tencent-backed fantasy sports startup that is now valued at $1.1 billion after its latest fundraise from Steadview Capital.

The gaming market is projected to touch $5 billion in the next two years. An IFSG report says two out of three sports fans in India are aware of fantasy gaming today, and an estimated 100 million will take to one or more of the platforms/apps by the end of 2019.

Also read: The rise of fantasy sports in India, and startups to watch out for in the space