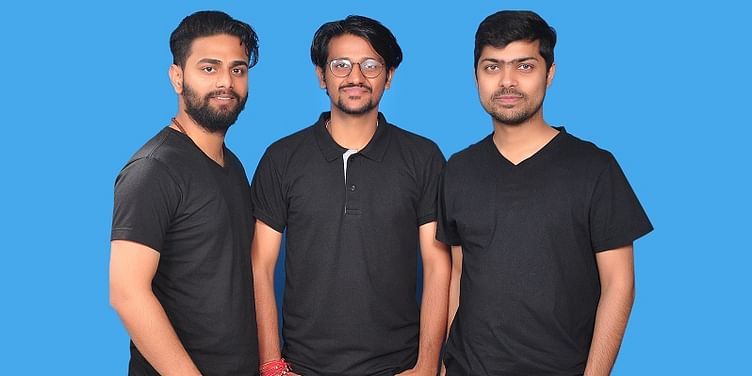 Today, social media marketing is all the rage. It has become a powerful tool for companies to measure their performance. However, the only way to know what works best for companies is by using analytics to measure the engagement, users, traffic, and sales coming their way.

While having a good social media strategy is the key, US-based startup Vaizle has gone one step further by letting its users know how they rank against their competitors.

Also read: How HolacracyOne wants to do away with managers and hierarchies, and empower teams and individuals

In an interview with YourStory, Nitan speaks about the startup, and their journey so far.

The idea for Vaizle was conceptualised by Nitan in 2016, when he decided to track the social media performance of Indian Premier League (IPL) advertisers and sponsors. "It’s an event where advertisers roll out hundreds of crores of rupees, and tracking the RoI and social media investment was fun,” he adds.

Later, Nitan started perfecting the tool for wider usage with the help of his college friends Shavi and Siddharth.

“By the end of the year, we could track over a thousand profiles with the same server,” Nitan says. “We tracked 100 Indian startups for a quarter, and published it in a social media report,” he adds.

Soon after, Vaizle came into being.

Registered in the US, Vaizle Inc was started under the Stripe Atlas programme. The company currently operates from Mohali, Punjab. In October 2018, Vaizle was released on global platform AppSumo, and the startup sold its product licences worth $150,000 in just 15 days.

The 26-year-old founders - Nitan, Shavi, and Siddharth - began their entrepreneurial journey as college students. Before Vaizle, they used to work together and published a college magazine. “That’s when we raised money for the first time,” Nitan tells YourStory. However, despite having a great start, they ran out of money after some time.

Having worked for three years, Nitan, an Electronics and Communication engineer from GZS Engineering College, convinced Siddharth and Shavi to start their own marketing agency in 2014 called XOR Labs, which finally led to Vaizle.

While Nitan is the Chief Executive and Product Officer, Shavi has developed the technological stack and manages the algorithms single-handedly. Siddharth is the Chief Marketing Officer and leads the content and marketing efforts. Vaizle is currently a team of four.

The platform helps users improve their social media performance by letting them know the optimal number of hashtags and words a particular post should have. It also gives insights about what kind of posts will get better engagement, etc.

While the company has managed to get customers from across the world at present, it also faced a lot of challenges in the beginning. Nitan says, “Our first challenge was to understand what exactly our prospective customers wanted.” Hence, the team went around asking social and digital marketers about their problems. “Most of them suggested tools they were using were to diagnose the problems, but none suggested a remedy."

Nitan and his team realised they had to come up with a solution that made social media analytics simple, and also provided actionable insights.

“While researching on competitors, it was also clear that not everyone could afford an analytical platform,” Nitan says. Hence, Vaizle is reasonably priced. The platform, which works on a SaaS (Software as a Service) model, currently offers three plans starting at $29. “To make it easier for customers, we are offering a first month discount. Users can try any plan for the first month at $6.9,” Nitan says.

Bootstrapped Vaizle’s model is driven by the Lifetime Value of a Customer (LTV). “This is because one subscribes for the software rather than buying it one-time,” Nitan says.

It took the team a year and a half to build the product, and another six months to bring it to the market. “We have spent around Rs 25 lakh in building the product,” he adds.

Talking about funds, Nitan says, “We have been managing our funds with our digital marketing agency, which was able to cover up costs for development and keep us afloat.”

According to Allied Market Research, the global social media analytics market is expected to reach $9,383 million by 2022, at a CAGR of 29.2 percent.

Vaizle currently competes with the likes of Social Bakers, and Quintly. However, what makes Vaizle stand apart is it doesn’t provide just graphs and numbers. “We also interpret the graphs for you,” Nitan says.

Vaizle’s report comes with actionable insights, which can be implemented to improve the user’s or the company’s social media performance. More importantly, Vaizle is simple to use, says Nitan. “Our user interface is designed in a way so that a user can set up a dashboard in less than a minute.”

Vaizle is in its growth stage now, and is looking to raise funds this year. “Our objective is to expand our tech team and infuse more technology into the product,” says Nitan.

The team has already shared the product roadmap with its users and thus, “our customers are helping us decide which feature they would want to see by voting”. “In a sense, we know the direction we want to take this product in,” Nitan adds.

Watch the interview with Nitan here: