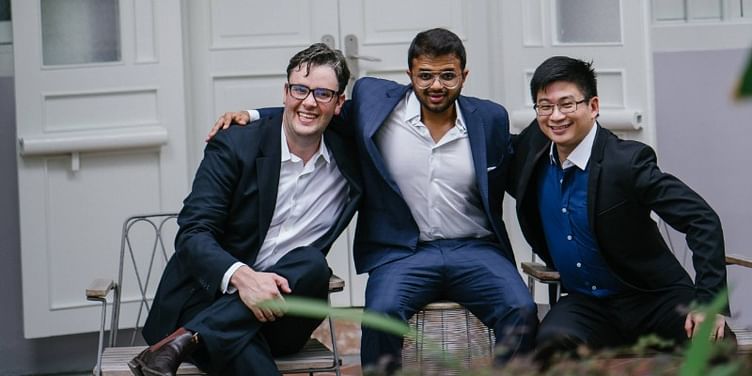 The Singapore-based startup now has a global headcount of 25, expected to double in the next year, with offices in Singapore, New York, Beijing, and New Delhi.

Started in 2012 by Rohan Pasari, Stanley Chia, and William Hund, Cialfo's platform helps manage student applications to colleges in the US and around the world. Besides a platform, the company had also developed a consulting business in the same segment, which it sold to ChangedEdu in 2017.

Also Read: Kill the paperwork: how NoPaperForms is changing the face of college admissions in India

François-Xavier de Mevius, Principal at DLF Venture, stated, "What convinced us about Cialfo was their ability to disrupt the counselling market, by going back to the core: an obsessive focus on the customer. The entire platform is built around its users (counsellors, students, and parents) and by offering 24/7 customer support they bring average response times down from days to just hours."

The startup will use the funding to support Cialfo’s US expansion, and this takes its total funding to date to over $5 million. The company now has a global headcount of 25, expected to double in the next year, with offices in Singapore, New York, Beijing, and New Delhi.

"We’ve seen a twenty-fold increase in the numbers of students using our platform in the last 15 months, and our revenues have tripled year on year. We now have clients in more than 40 countries, with around 100,000 students using Cialfo worldwide – a number we expect to grow to 500,000 by year end. Overall, we’re targeting a $2 billion addressable market for our services globally and remain committed to increasing access to education everywhere.”

The company added in its statement that over the next 12-18 months, Cialfo is planning to expand its product reach both upwards and downwards — to colleges and students. For colleges, Cialfo wants to work more closely with admissions representatives around the world to add visibility for their college profiles on the platform, making it easier for prospective applicants to discover suitable courses and get in touch.

Besides this, Cialfo has also secured partnerships with The Common Application and Parchment to support electronic document delivery to colleges, and plans to raise a Series B by late 2020 to support its global expansion.

Also read: Bootstrapped and profitable - this GMAT-prep edtech venture is now looking at upping the game