No Ola or Uber? MoveInSync promises to get you a cab for your daily office commute exactly when you need it 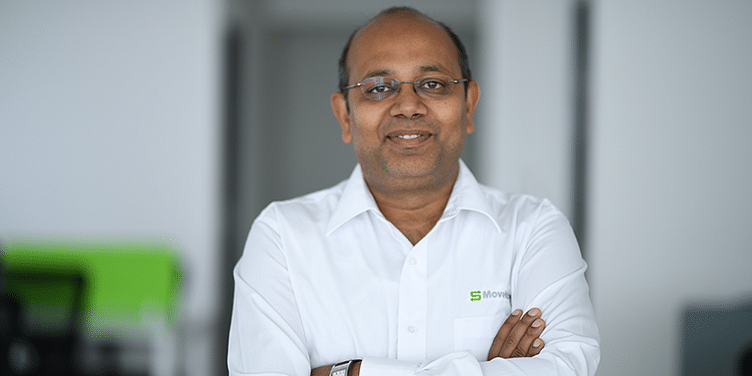 MoveInSync Technology, which provides SaaS-based transportation solutions for corporates, has expanded its portfolio with a new pooled cab service for office employees built on the promise that the vehicle will run on time and be safe to travel in.

Let’s face it: a nine-to-six job is actually an eight-to-seven shift for most of us because of all the time we spend on the road getting to and from the office. Haggling with the autorickshaw driver or waiting for your cab to arrive after it drops off its current customer only adds to the time you miss spending with your loved ones.

A recent survey by IWG Global Workspace revealed that 61 percent of employees in India believed official working hours should include time spent on their journey to and from work. This is telling of the time wasted on commuting, especially in big cities and tech hubs like Bengaluru and Gurugram. This is why Bengaluru-based MoveInSync wants to provide office goers with a commute system that is safe, secure, and comes at a reasonable cost.

Also read: Why the shared economy is here to stay

MoveInSync Technology Solutions, founded in 2009, has been providing its transportation solution via a software-as-a-service (SaaS) platform with companies adopting its technology to manage their employees’ commute. As the next stage of its evolution, it also manages the end-to-end transportation requirements including fleet management.

Stepping up the game

This changed the DNA of MoveInSync from a 100 percent technology company to one that also concentrates on operations. Today, it manages a fleet of around 1,100 cabs.

Now, MoveInSync wants to step up its game to provide a secure and reliable transportation service to those office goers who do not have this facility from their employer.

“We have been doing only one thing, which is to solve the office commute problem,” says Deepesh Agarwal, Co-Founder and CEO of MoveInSync, which has 80 customers, with Google being one of the first ones to sign up.

Focus on IT companies

MoveInSync’s core clientele are largely the employees of technology companies – an estimated one million people in India. These are companies that typically pay for the transportation of its employees.

Under its fleet management service for tech firms, in 2018, MoveInSync transported an average of 300,000 employees daily across 19 cities. It moves around six million employees a month to almost 200 office locations.

“Given our experience of taking people safely in a cost-effective manner, we thought why not extend this service to rest of this population,” says Deepesh.

This confidence to venture beyond their current offering to take on the biggies like Ola and Uber stems from the fact that the company has, over the last 10 years, solely focused on driving people to and from work. This has generated a considerable amount of data to take the company’s offering to the next level.

“We have the experience, data, and know-how to do the routing,” says Deepesh.

Now, as a pilot project, MoveInSync is already testing its scheduled transportation service in Bengaluru where it has focused on select areas, primarily locations that have a high concentration of technology companies. It is primarily targeted at a pool of people who do not have the office commute facility but need to reach their destination on time in a cost-effective and comfortable manner. Deepesh believes that the office commute segment sticks more or less to a particular timing.

Peak-hour demand renders cab aggregators like Ola and Uber unavailable at these times, and office goers are often left stranded and arrive late to work. For Deepesh, their biggest USP is predictability in terms of time and money.

“I am not going to put a surge during peak hours and will price it a little more than a bus ride, and less than an individual taxi,” he says.

The founder also believes their new business model would be beneficial for all participants, including the drivers of the cabs. The company will earn a commission from every passenger after deducting the payment to the driver. The drivers stand to benefit from this kind of a service as there is predictability in terms of income.

However, Deepesh does not see Ola or Uber as their direct competitors. MoveInSync will remain focused on the space of office commute only and has no plans to get into general taxi services. It will only partially compete with the cab aggregators as there are other forms of transport which also will be competitors. “Ola, Uber were an absolute blessing for the people,” he says.

This profit-making business, which has raised $12 million in funding till now with participation from investors such as Nexus Venture Partners, Inventus Capital, Saama Capital, and Qualcomm Ventures, is also now looking at going international. It already has a presence in Colombo, Sri Lanka, and it is scouting regions such as Africa, Latin America, and the Far East. “There is potential to grow in these regions as a full-stack service,” says Deepesh.

The taxi market in India is largely unorganised, with around 91 percent of vehicles being registered with small operators. The industry size was estimated at $10-11 billion in 2018. The emergence of asset-light models followed by Ola and Uber have given a new dimension to this market, which account for around 3.5 million rides daily.

“We want to remain in the space of office transportation and move up the value chain.”

MoveInSync will continue to run its full stack, be it their SaaS solution, or a service where they also provide the cabs and also come in as an independent third-party service provider. All these three models will be complementary to each other.

“Our forte lies in solving the ride-sharing problem in a safe and timely manner,” says Deepesh, adding, “Predictability has a lot of value attached to it.”

Customers are sure to say amen to that.

Also read: After Uber and Ola, these cab aggregators are gearing up for the online rental space race