OnePlus 7 Pro: A near-perfect Android smartphone in need of a few choice tweaks 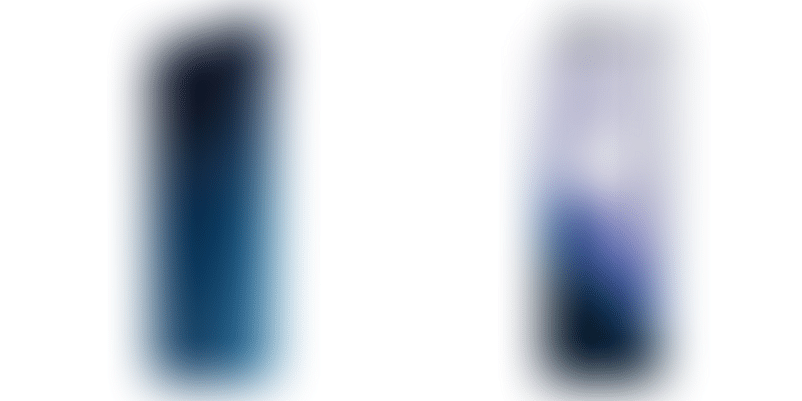 With a 6.67-inch QHD+ Fluid AMOLED truly bezel-less screen, a 48MP triple rear camera setup, and a pop-up selfie camera, the OnePlus 7 Pro may just be one of the best smartphones of 2019.

Since its first handset launch in 2014, Shenzhen-headquartered OnePlus has built a reputation of building high-end smartphones at a price nearly half of other phone makers. In India, OnePlus took on Samsung and Apple and became the top smartphone seller in the premium segment last year, according to IDC.

With a QHD+ Fluid AMOLED display and a triple rear camera setup, the OnePlus 7 Pro looks grand on the outside. Inside, it has a Universal Flash Storage (UFS) 3.0 storage option, which is a first-ever on a smartphone.

We had a chance to use the OnePlus 7 Pro for a few days, and this is our review.

At a first glance, the handset is elegant and looks very similar to Samsung S10. It is a solidly built device with an ultra-premium look.

In terms of design, the company has really stepped up with the aluminium design, glass body, the gradient colour, and matte finish. We had the Nebula Blue model, and the colour changed from dark to lighter shades at different angles - something we were quite giddy about.

The matte finish ensures that the device gets fewer fingerprints. However, at 206 grams, the phone felt a bit heavy. In comparison, the iPhone X weighs 174 grams, and the Samsung Galaxy S10 weighs 157 grams.

Additionally, it is also a pretty big handset with the 6.67-inch curved display screen. For perspective, the Samsung Galaxy S10 has a 6.1-inch display. Even though the buttons and sensors are well within reach, one-hand use would be difficult - not something we’re alien to thanks to most phones being too large nowadays. In terms of thickness, OnePlus 7 Pro is at 8.8 mm.

The first thing we noticed is that the OnePlus 7 Pro sports an all-screen design with no notch or punch hole - a truly bezel-less display owing to the pop-up selfie camera, which retracts into its frame when not in use.

One of the biggest selling points for this model could be its 90 Hz display, which means that the screen refreshes 90 times per second. This ensures a faster and more fluid browsing and scrolling experience.

The fingerprint sensor is placed underneath the display, and was extremely fast and accurate. It also sports a face lock. Additionally, the HDR10 and HDR+ compatibility made viewing and gaming really smooth and exquisite.

One of the many things we fell in love with on this phone are the Dolby Atmos powered dual-speakers with an impressive clarity and loudness. In fact, OnePlus 7 Pro’s stereo mode could very well be one of the best in the market.

It is quite clear than OnePlus is building on ‘performance’. The company has made a name for itself for delivering a smooth and fast experience across its devices. And the OnePlus 7 Pro is no different. The device runs on an octa-core Qualcomm Snapdragon 855 processor built on 7nm processor technology, making it one of the fastest smartphones in the market.

It is worth noting that the OnePlus 7 Pro is the first smartphone to feature the new UFS 3.0 flash storage standard. The phone not only had a really fast loading time but also had speedy file transfers, and a smooth multitasking experience.

The smartphone comes with in-built ‘Gaming Mode’ to enhance your gaming experience with DND (Do Not Disturb), and speaker-on for calls.

We tried playing PUBG, and the experience was incredible. The device had no lags and the graphics were amazing. However, the handset heated up just a bit after playing for half an hour.

The phone is powered with Oxygen OS version 9.5, layered on Android 9 out-of-the-box. OnePlus 7 Pro incorporates additional features like a screen recorder, a screenshot editor, and Zen Mode, unlike its other phones. The Zen Mode is a welcome addition as it allows users to limit the time spent on the phone.

The triple rear-camera setup comes with a 48MP primary wide-angle camera with an aperture of f/1.6 and OIS for stable photography, a 8MP telephoto lens with 3x optical zoom, and a 16-megapixel ultra-wide-angle sensor with field-of-view of 117-degree. At the front, the phone has a pop-up 16MP camera, which can be used in selfie mode. The front camera captured sharp images with a decent amount of colour. In terms of video, it could produce decent HD videos at 1920X1080.

Immediately after launch, the handset received criticism for its camera. However, OnePlus has already started rolling out a software update to improve HDR support and enhance image quality in lowlight.

When we tried the camera, we weren’t unhappy. But, the camera can be slow at times, and there were a few blurry images. To make full use of the 48MP, one has to change the settings to ‘Pro’, where photo can be 16MB in size. The pictures in daylight were really good, but the ones clicked in lowlight could have been better. The camera can also shoot some impressive 4K videos.

Here are some shots:

However, the option of changing the resolution is not upfront. The camera also has inbuilt filters and editing options.

The life of the Pro

OnePlus 7 Pro packs in a 4,000 mAh Li-Ion battery with the company’s proprietary Warp Charge 30 technology. It took us 1 hour 20 minutes to fully charge the device. The battery life is decent and left  us with some juice even after 20 hours of use with video viewing, gaming, and regular usage.

Other media reviews suggest that heavy use may result in not more than seven hours of battery life, which could be a bummer.

The OnePlus 7 Pro ticks all the boxes of premium handsets. However, it could be perfect if the software update fixes the camera issues.

The handset might not be suitable for users not looking for large and chunky handsets. But, as a performance beast, the OnePlus 7 Pro absolutely takes the cake. It could very well be one of the best Android smartphones in 2019.

The price is a big contention, especially in the Indian market. One of the main reasons for the company’s rapid growth in India was its mid-range prices for premium quality.

With this new series, the company seems to have thrown caution to the wind. Now, it’s all up to the consumers to decide whether the price is good enough to shell out.

The much-awaited Xiaomi Redmi Note 7 Pro is out. Is this smartphone worth every pixel?